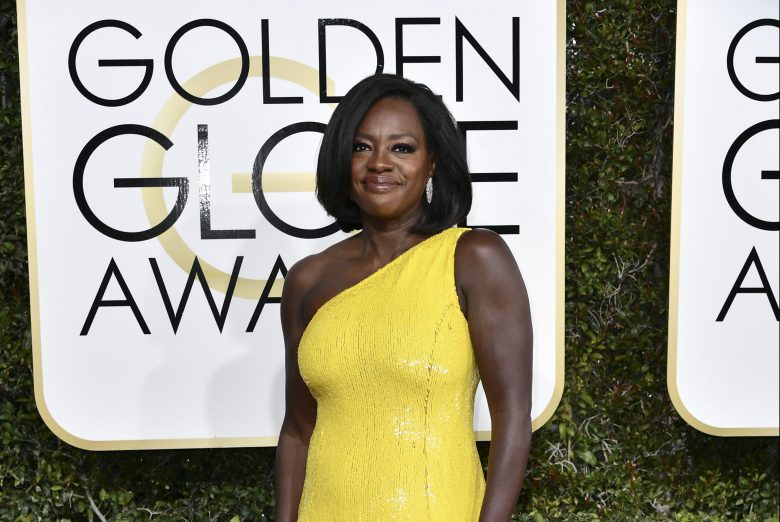 Viola Davis took home the Golden Globe for Best Performance by an Actress in a Supporting Role in a Motion Picture category Sunday night at the 2017 Golden Globe Awards for her work in Denzel Washington’s “Fences.”

Though this is Davis’ first Golden Globe win, it isn’t the first time her performance in a screen adaptation of a classic play earned her Globes attention. Her knockout one-scene role in “Doubt” landed her on the nominations list back in 2009.

Accepting her award from presenter Michael Keaton, Davis thanked her co-star and director Washington, referring to herself as “a friend and a fan.” Davis also paid tribute to her father  “To the original Troy: my father, Dan Davis,” the newly-minted Golden Globe winner concluded. “Born in 1936, groomed horses, had a fifth-grade education, didn’t know how to read until he was 15. But you know what? He had a story. It deserved to be told. And August Wilson told it.”

Of the evening’s other nominees, Naomie Harris (“Moonlight”) was the only actress who hadn’t previously been up for the award. Nicole Kidman (“Lion,” 11 noms and counting), Michelle Williams (“Manchester by the Sea,” who won for “My Week with Marilyn”) and Octavia Spencer (“The Help,” for which she completed the Globes/Oscars sweep) have all taken home statuettes of their own.

The 74th Annual Golden Globes were hosted Sunday, January 8 by Jimmy Fallon at the Beverly Hilton in Beverly Hills, California. The annual ceremony honors the best in film and television in 2016 as chosen by the Hollywood Foreign Press Association.