It is the first narrative feature produced by documentarian Morgan Spurlock. 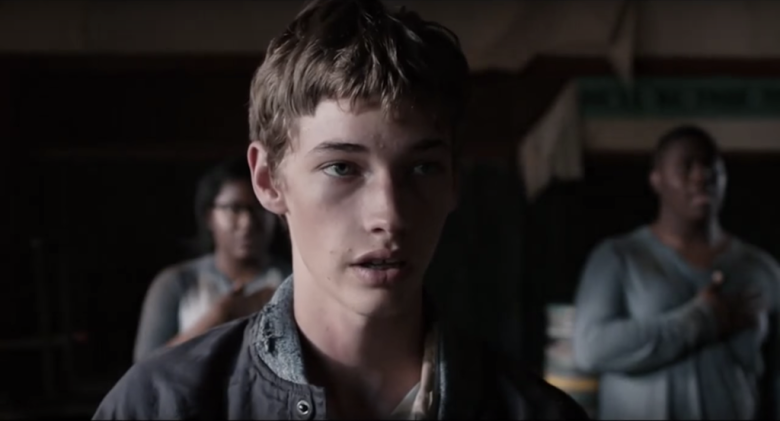 “The Hunger Games” and “Divergent” film series may have finished, but pop culture hasn’t seen the last of coming-of-age post-apocalyptic stories. Matthew Ogens’ new film “Go North” examines a world ruled by teenagers and children after a global catastrophe wiped out every single adult.

READ MORE: Morgan Spurlock’s Digital Vision: What The ‘Super Size Me’ Creator Has In Common With the YouTube Generation

Executive produced by Morgan Spurlock, the film follows a young boy named Josh (Jacob Lofland) who decides to flee the dangerous confines of his abandoned city and embark on a journey with his classmate and neighbor Jessie (Sophie Kennedy Clark) to the last safe haven in the world. Though they don’t know how to get there or if it even exists, they strive to migrate to the place safe from disaster. The film co-stars Patrick Schwarzenegger (“Scouts Guide to the Zombie Apocalypse”), James Bloor (“Leatherface”), Joshua Close (“The Master”) and more. Watch an exclusive VR short film that serves as an introduction to the world.

This is the first feature produced by Spurlock. He’s best known for his documentaries like “Super Size Me,” “Where in the World Is Osama Bin Laden?” and most recently “Rats.” He’s also currently the host and producer of the CNN show “Morgan Spurlock Inside Man.”

This Article is related to: Film and tagged Jacob Lofland