Tracee Ellis Ross won for her role of Rainbow Johnson in “Black-ish." 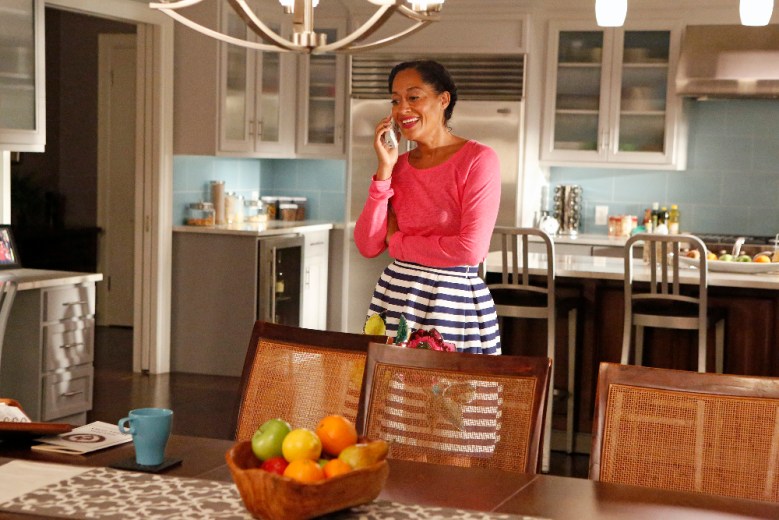 Tracee Ellis Ross snagged a win in the Best Actress in a Television Series Musical or Comedy category Sunday night at the 2017 Golden Globe Awards.

The actress, who portrays Rainbow Johnson in “Black-ish,” was presented her award by Drew Barrymore and Timothy Olyphant. As she took the stage, she thanked the Hollywood Foreign Press Association, her cast and crew.

“It’s my first time here, guys,” Ellis told the audience at the Golden Globes. “This is for all of the women, women of color and colorful people whose stories and ideas aren’t considered worthy, important and valid.”

Watch her speech below:

And Best Performance by an Actress in a Television Series – Musical or Comedy goes to @TraceeEllisRoss! #GoldenGlobes pic.twitter.com/NjJCmLjX61

Also nominated in the Best Actress in a Television Series Musical or Comedy category were Rachel Bloom of “Crazy Ex-Girlfriend,” Julia Louis-Dreyfus for “Veep,” Sarah Jessica Parker for her role on “Divorce,” Issa Rae of “Insecure” and Gina Rodriguez of “Jane the Virgin.”

This is the first time Rae and Ross have been nominated for a Golden Globe. Last year’s award went to Bloom for her hit CW show, with Rodriguez winning in 2015.

The 74th Annual Golden Globes were hosted Sunday, January 8 by Jimmy Fallon at the Beverly Hilton in Beverly Hills, California. The annual ceremony honors the best in film and television in 2016 as chosen by the Hollywood Foreign Press Association.