He won for his portrayal of Sebastian in "La La Land." 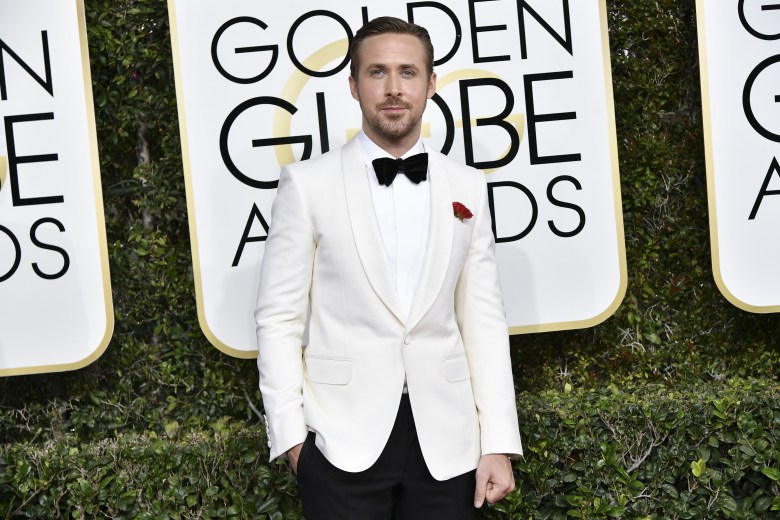 On Sunday, January 8, Ryan Gosling won the 2017 Golden Globe for Best Actor in a Motion Picture — Musical or Comedy for his portrayal of Sebastian in Damien Chazelle’s “La La Land.”

The award was presented to Gosling by Goldie Hawn and Amy Schumer at the Beverly Hilton in Beverly Hills, California.

After cracking wise about being mistaken for Ryan Reynolds and thanking Chazelle and co-star Emma Stone, Gosling made a point to specially thank his girlfriend Eva Mendes.

“You don’t get to be up here without standing on the shoulders of a mountain of people,” said Gosling, “and there’s no time to thank everyone. I would just like to thank one person properly and say that while I was singing and dancing and playing piano and having one of the best experiences I’ve ever had on a film, my lady was raising our daughter, pregnant with our second and trying to help her brother fight his battle with cancer. If she hadn’t taken all of that on so I could have this experience, it would surely be somebody else up here other than me.”

Also nominated in the Best Actor category were Colin Farrell in “The Lobster,” Hugh Grant in “Florence Foster Jenkins,” Jonah Hill in “War Dogs” and Ryan Reynolds in “Deadpool.”

The 74th Annual Golden Globes Awards were hosted by Jimmy Fallon at the Beverly Hilton in Beverly Hills, California. The annual ceremony honors the best in film and television in 2016 as chosen by the Hollywood Foreign Press Association.