The debut feature for Singaporean writer-director Kirsten Tan, "Pop Aye" premiered in Sundance's World Dramatic section on the opening night of the festival. 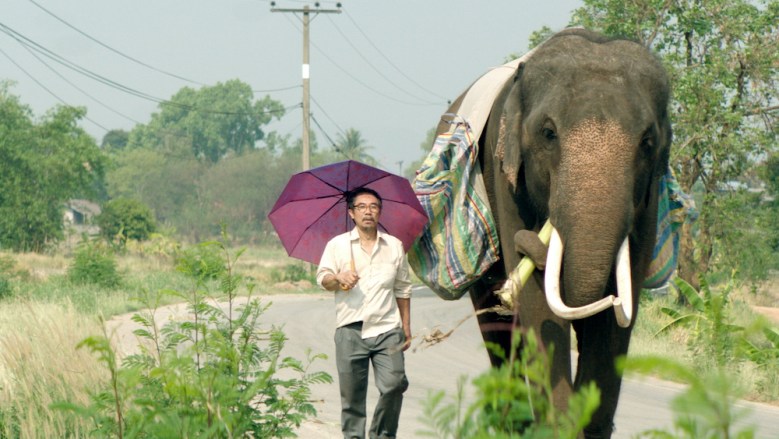 Kino Lorber has acquired the North American rights to the elephant dramedy “Pop Aye,” which premiered in the Sundance Film Festival’s World Dramatic section on the opening night of the festival. The movie marks the debut feature for Singaporean writer-director Kirsten Tan and the first film from a Singaporean director to land an opening night slot at Sundance.

Set in Thailand, “Pop Aye” tells the story of a once-illustrious architect struggling with the impending demolition of his proudest work and the waning affection of his wife. After encountering his childhood pet elephant in the streets of Bangkok, he embarks on a quest across Thailand to return his old friend to the small village where they grew up.

“’Pop Aye’ is poetically profound, but the elephant in the room is really its warm heart,” Kino Lorber CEO Richard Lorber said in a statement. “We’re immensely pleased to be working with such an original talent in Kirsten Tan on this audience charmer. No one can resist falling in love with her screen star, the two ton Pop Aye.”

Kino Lorber plans to release the movie in North American theaters this summer, with a VOD and physical media release later in the year. Sales agent Cercamon negotiated the deal.

“We are very excited for ‘Pop Aye’ to be in the company of wonderful films such as ‘Dogtooth,’ ‘Days of Being Wild,’ and Jafar Panahi’s ‘Taxi,'” Tan said in the statement. “We look forward to sharing the film with U.S. audiences.”

This Article is related to: Film and tagged Acquisitions, Kino Lorber, Sundance 2017