The ancient form of football calcio storico combines rugby and street fighting and is played every summer in Florence. 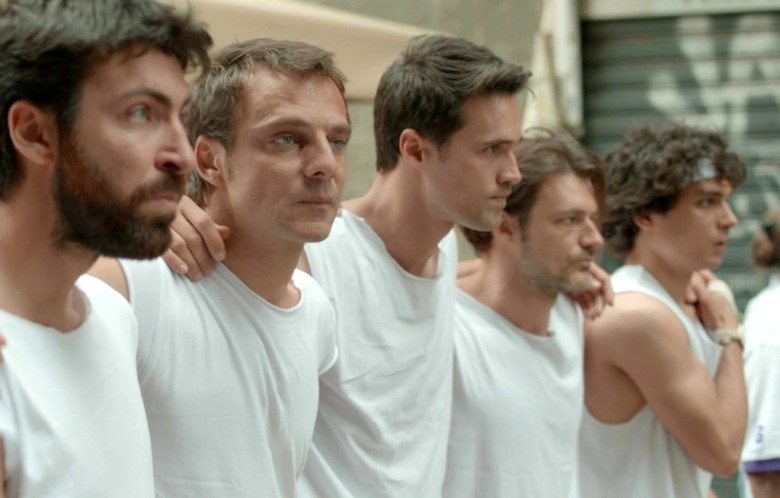 The new film “Lost in Florence” takes a hard look at love, sorrow and the healing power of sports in the heart of Florence, Italy. When his girlfriend turns down his marriage proposal on a trip to Florence, former college football star Eric Lombard (Brett Dalton) stays behind with his cousin Anna (Stana Katic) and her Italian husband to heal his wounds. While he’s there, they introduce him to calcio storico, an ancient form of football played every summer in Florence that combines rugby and street fighting. During his time there, Eric falls for Stefania (Alessandra Mastronardi), the girlfriend of his teammate Paolo (Alessandro Preziosi), and tries to learn what makes life worth living. It co-stars Emily Atack (“The Inbetweeners”), Robert Aramayo (“Game of Thrones”) and Marco Bonini (“Under the Tuscan Sun”). Watch an exclusive clip from the film below.

READ MORE: ‘Greater’ Exclusive Clip: The True Story of The Greatest Walk-On In The History of College Football

The film is written and directed by Evan Oppenheimer. It is his sixth feature film following “A Little Game,” “The Speed of Thought,” “Alchemy,” “Justice” and “The Auteur Theory.”

READ MORE: How ‘Last Chance U’ Turned Football Into Poetry, With Help From ‘Friday Night Lights’ (And A Ton of Crazy Cameras)

“Lost in Florence” opens in theaters nationwide and on VOD on Friday, January 27, courtesy of Orion Pictures. For more information, visit the film’s official website or check out its Facebook page.