"The Big Sick" is one of Sundance's hottest titles and could be a game-changing film for director Michael Showalter. Here's why. 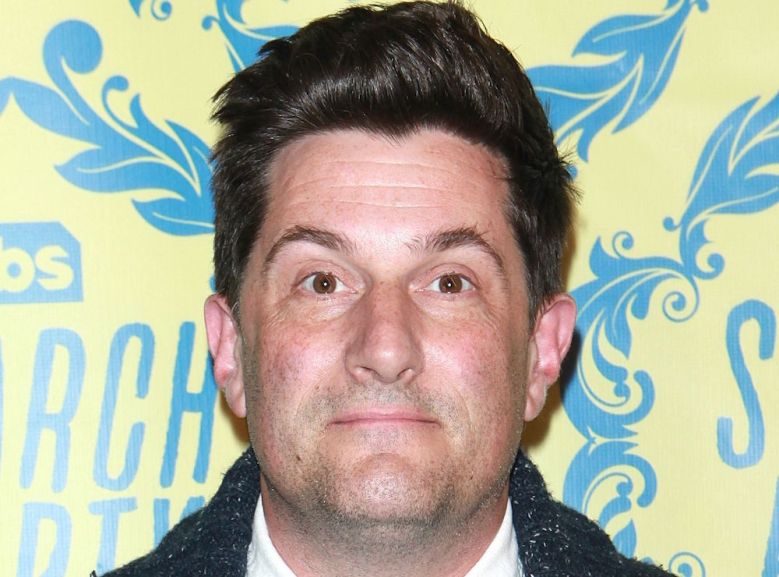 It took 25 years of working in film and TV, but comedian Michael Showalter has landed what could be his career-defining role: indie filmmaker.

Showalter’s third feature as a director, “The Big Sick,” is one of the most anticipated movies at this year’s Sundance Film Festival. A dramatic comedy written by actor-writer Kumail Nanjiani and his wife Emily Gordon and based on their real-life courtship, the film stars Nanjiani, Zoe Kazan, Holly Hunter, Ray Romano, and Anupam Kher.

Produced by Judd Apatow and Barry Mendel, “The Big Sick” centers on aspiring comedian Kumail and grad student Emily (Kazan), whose romance causes a rift with Kumail’s traditional Muslim parents. Emily then discovers she has a mysterious illness, leaving Kumail to navigate the medical crisis with her parents Beth and Terry (Hunter and Romano).

“It’s the film that everyone thinks is going to be funny, crowdpleasing, commercial, marketable, well made, and it has a good cast,” one sales agent recently told IndieWire. “There’s no distributor that wouldn’t want to consider it.”

Last May, IndieWire sat down with Showalter on the set of the movie in Williamsburg, Brooklyn. His previous film, “Hello My Name Is Doris” starring Sally Field, had just eclipsed $14 million at the U.S. box office as one of the top-grossing specialty films of the year, but Showalter wasn’t going to rest on his laurels. The 46-year old father of twins has seen his career go through plenty of ups and downs, from writing and starring in high-profile comedies to struggling to get consistent work. Michael Showalter at the premiere of “Hello, My Name Is Doris”

“To have the opportunity to keep working after a good long period of time where it was kind of catch-as-catch-can has been really nice,” Showalter said in May. “I don’t take any of it for granted.”

Though co-writing and starring in 2001’s irreverent spoof “Wet Hot American Summer” was a bright spot of Showalter’s early career, Hollywood executives questioned whether he and co-writer David Wain were capable of anything else.

“Michael and I would go into meetings in Hollywood production companies and studios, and they would say, ‘Oh my god, that’s the funniest movie I’ve ever seen. Now can you please do something that’s nothing like that?'” Wain told IndieWire. “They would just not believe that we could do something that was ‘real’ in any way.”

After a number of years doing live comedy with Stella, the comedy troupe he formed with Wain and comedian Michael Ian Black, Showalter made his directorial debut “The Baxter” in 2005. In addition to serving as the writer-director, he also played the lead of Elliot Sherman, a nerdy accountant whose life is thrown into chaos during the two weeks before his wedding. Elizabeth Banks and Michelle Williams also starred in the film, which premiered at the Tribeca Film Festival. IFC Films acquired the movie for a very limited release that grossed only $181,000 at the box office.

Showalter didn’t direct another movie for a decade. He worked on a number of short-lived series, taught screenwriting to graduate students at New York University and published a comedic memoir, “Mr. Funny Pants.” But he didn’t carve a niche for himself.

“There really wasn’t a lot of opportunity,” Showalter said. “I was kind of focused on my writing and figuring out if I wanted to stay in New York or come to L.A.”

Working on a wide variety of projects, however, did ultimately help Showalter find his voice as a storyteller. “I think he went through a slower process of separating himself from his group and discovering who he was as an artist,” Mendel said between takes on the set of “The Big Sick.” “‘Doris’ is the culmination of that and this is the next step.”

He added that one of Showalter’s assets as a filmmaker is his love of story structure and his deep appreciation for a variety of genres. “There’s a part of him that loves Mel Brooks, ‘Airplane,’ and movies that have a certain joy of the ridiculous in them, and then there’s another part of him which just loves really great drama.”

With “The Big Sick,” Showalter had the opportunity to work on a true story that combined broad comedy and serious drama. Mendel said he and Apatow were all in as soon as they heard Nanjiani’s story.

“It’s an instance where life is much more interesting than what people make up,” Mendel said. “The challenge was, could you ever get a screenplay good enough to justify that story, because there are so many ways that trying to tell that story in a movie form could go wrong.”

After Apatow and Mendel worked with Nanjiani and Gordon to get the script into shape, he said getting FilmNation to finance the movie took just a matter of hours. Mendel sent the script out at 9:00 am on a Friday and had a contract in his office by lunchtime.

“I came back from a meeting and there was literally a sheaf of paper saying, ‘We agree to finance the film and it’s your choice who to cast,'” Mendel said. Michael Showalter, Michael Ian Black and David Wain at the premiere of “The Baxter”

Showalter was an easy choice as director. He knew Nanjiani well, since he’d performed stand-up comedy as an opening act for Stella and was a castmember and writer for Showalter and Ian Black’s Comedy Central series “Michael and Michael Have Issues.” He also played a supporting role in “Doris.”

One of the reasons Showalter fits with more dramatic comedy may have to do with what Ian Black calls Showalter’s “sentimental” side. “I mean this in the best possible way — he can be real sentimental,” Ian Black said. “Everything with Michael essentially comes down to fall days where people are wearing sweaters and sipping coffee. That’s his utopia.”

Though still a low-budget movie by Hollywood’s definitions, “The Big Sick” is a much more ambitious project than the $1 million “Doris,” and covers all sorts of thematic territory. “There’s love, death, faith, country, family, friendship and career,” Showalter said. “The movie is about so many different things.”

Showalter is a multi-hyphenate who loves directing more than anything, but he knows it can be hard for an actor to redefine a career with a second act behind the camera. “I see myself as a writer and director who sometimes acts, and I think that maybe there’s been a perception, for obvious reasons, that it was the other way around,” he said. “That obstacle has been there of trying to change the perception that might exist of who I am or what my strengths are.”

So what’s next for Showalter after “The Big Sick”? He recently completed the eight-episode “Wet Hot American Summer: 10 Years Later,” which he co-wrote and starred in, and one of his upcoming projects is a series called “Moon Cruise.” Wain, Ian Black and Showalter are all executive producers on the project, which Ian Black described as “‘The Love Boat’ in space.”

“Michael’s contributions are all about honing the idea and making sure it not only makes logical sense but structurally it’s sound before we actually start scripting it,” he said. “He’s really great at that.”

“The Big Sick” premiered in Premieres at the 2017 Sundance Film Festival.