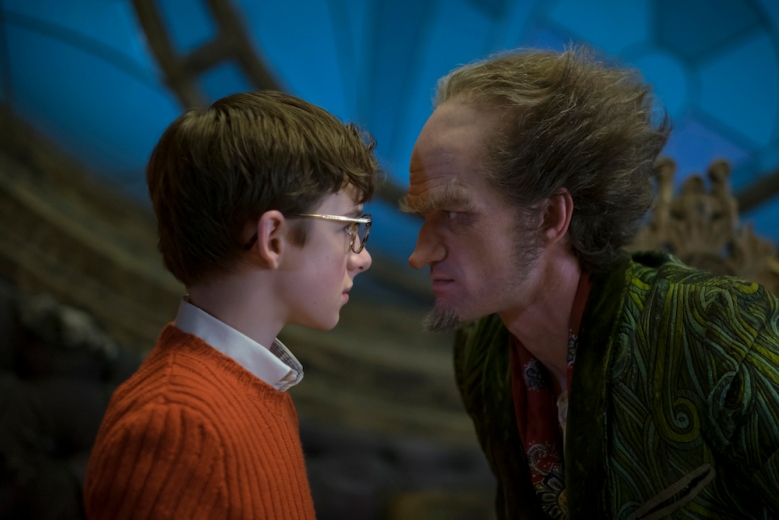 “A Series Of Unfortunate Events.”

Why Should I Watch It? Netflix has sunk quite a sum into this ambitious adaptation of Lemony Snicket’s “A Series of Unfortunate Events.” Quite unlike the film version starring Jim Carrey, Netflix’s serialized adaptation will incorporate Lemony Snicket as a character (just he was in the book). Patrick Warburton plays the titular author recounting the tale of three Baudelaire children who are taken under the wing of the evil Count Olaf (Jim Carrey) when their parents encounter an unforeseen tragedy. And from what we’ve seen, Snicket’s warnings of the story’s grim nature as well as his general incorporation only make the show itself more endearing. This is a children’s story too dark for some children and made with adult expectations in mind.

Best Episode? We’ve yet to screen all the episodes from Season 1, and the embargo on reviews doesn’t lift until January 5. So all we can say is that the trailer sure is good. Check back after the embargo lifts for an update (and full review).

READ MORE: The 17 Netflix Original Series To Be Excited About in 2017 Why Should I Watch It? Because you have to. No, really. “It’s Always Sunny in Philadelphia” is always worth watching, but Season 11 featured a number of instant classics. “The Gang Hits the Slopes,” “Mac & Dennis Move to the Suburbs,” “Being Frank,” and the two-part finale, “The Gang Goes to Hell” are all must-see episodes that push the narrative of this demented group of bar owners to its most debaucherous and delightful extremes. You really don’t know what to expect when a new episode of “Sunny” starts up, and that’s a pretty tremendous quality in TV — especially after 11 seasons.

Best Episode? We already highlighted “Mac & Dennis Movie to the Suburbs” in our Best TV Episodes of 2016 list, so I’m going to throw a little love to the close runner-up: “Being Frank” illustrates the creative life still left in this long-running comedy, not only by trying out a new storytelling style — the episode is shot entirely from Frank’s P.O.V. — but in revealing telling traits of a character we thought we knew all too well. The episode serves as more than a fun experiment: It’s successfully elucidating as well.

READ MORE: Netflix 2017 Preview: All the Original Series You Need To Know About, Right Now Why Should I Watch It? Following up his little seen but deeply loved SundanceTV series “The Red Road” — which was, in itself, a follow-up to his breakout on “Game of Thrones” — Jason Momoa is returning to the small screen one more time before heading to the high seas as Aquaman. And he’s picked an interesting new series to tackle. Set in the Great White North during the late 18th century, “Frontier” examines the bloody fight for power between…fur traders. Native tribes and Europeans clash over the profitable trade, and we’ll see all sides of the battle — presumably. “Frontier” is told from multiple perspectives, so don’t expect it to be just the Jason Momoa show. This one’s got grandeur in mind.

Best Episode? Embargo requirements keep us from saying too much about this one, but there are only six episodes (an hour each) in the first season. Expect a full review soon. Why Should I Watch It? Because of its network, its genre, or even its affiliation with the classic Alfred Hitchcock film, “Psycho,” “Bates Motel” is one that slipped by a lot of people. Well, if you thought there was no living up to such a high standard, let me join the chorus of critics asking you to reconsider. Vera Farmiga’s performance alone makes “Bates Motel” Tier 1 TV, and Freddie Highmore got better and better as the series went forward. With only one new season left, now is the perfect time to catch up.

Best Episode? “Forever,” Episode 9 and the penultimate entry in Season 4, is my tough pick for the best of a great season. Yes, it’s got a whopper of a twist ending that set fans a flutter when it aired, but it’s also a fitting finale in its own right. “Forever” incorporates a number of answers we’ve been waiting years to find out, and once again proves how “Bates Motel” can function as an ideal prequel / bridge to the film. Plus…that twist. Wow. Why Should I Watch It? A reimagining of Norman Lear’s long-running series of the same name, “One Day at a Time” now centers on a Cuban-American family; more specifically, a recently separated, former military mom played by Justina Machado who’s trying to raise her teenage daughter and “tween” son. She’s got the help of her mother (Rita Moreno) a building manager named Schneider (a character pulled straight from the original). Lear has always been known for pushing the progressive needle forward with his sitcoms, and this reboot looks to be no different. If the quality is consistent, “One Day at a Time” could be a keeper for the long haul.

Best Episode? We’re not ready to make a call on this one yet, but safe to say things really pick up after the pilot. What feels a little slow turns out just to be a baseline for better things, and a strong foundation should prove beneficial in the long run. If we had to pick, we’d go with Episode 4.

Why Should I Watch It? “Aquarius” is one of the best dramas NBC has put out in the last decade. Granted, that’s not saying a whole lot — other than “Friday Night Lights,” we’re looking at a pretty thin slate for 10 years that began with “Studio 60 on the Sunset Strip” — but David Duchovny’s period detective story connected to the Manson killings ran much more often than it stalled. A charming cast and deft blend of light and dark (leaning toward the latter) kept things rolling…oh, wait. Hold on a second, my editor was reading over my shoulder and now she’s yelling at me.

Best Episode? So it turns out the “Aquarius” coming to Netflix this month isn’t the NBC drama, but the Cannes film entry of the same name. My bad. I haven’t seen it yet, but IndieWire’s Chief Film Critic Eric Kohn gave the movie a B+ after its Cannes premiere and praised Sonia Braga’s performance as “brilliant.” I may not go that far with Duchovny, but he was a lot of fun. Watch both — the TV show is already available. Why Should I Watch It? Matthew Mcfadyen. There are a few other reasons, but really the exquisite character actor we all know and love from a variety of projects (“Anna Karenina” and “Pride & Prejudice” for me) is the main reason to give this — a period piece about inspectors protecting the streets Jack the Ripper once plagued — a try.

Best Episode? As previously noted, I hate picking season finales for these. They’re usually the safe choice, but here it’s also the best — by far. It’s not that Season 4 saw a significant drop in quality so much as “Edmund Reid Did This” (Episode 6) put a new perspective on the series. Oh, and Jerome Flynn is pretty outstanding, too.

READ MORE: ‘The Man in the High Castle’: Is Amazon’s Drama Smart Christmas Counter-Programming or Too Dark For the Holidays?

This Article is related to: Television and tagged A Series of Unfortunate Events, Frontier, Netflix