Five directors of films on the 2017 Best Foreign Language Oscar shortlist share their thoughts on the state of the world and where film fits in it. 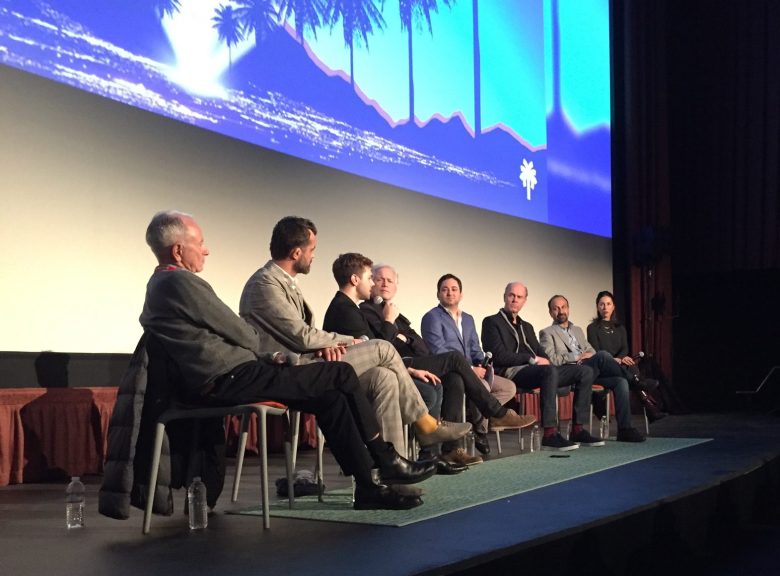 Regardless of country, language, budget size or subject matter, five international directors confirmed one thing on Monday night: Making a film is hard.

At “Eyes on the Prize: Foreign Language Oscar Directors in Discussion,” the Palm Springs International Film Festival’s annual panel, the directors behind titles on the Oscar shortlist talked about the painstaking process of bringing their films to life and the ups and downs of festivals and awards season.

The Hollywood Reporter’s Scott Feinberg moderated the evening’s talk, which included Asghar Farhadi (“The Salesman”), Xavier Dolan (“It’s Only the End of the World”), Claude Barras (“My Life as a Zucchini”), Erik Poppe (“The King’s Choice”) and Hannes Holm (“A Man Called Ove”). (Farhadi and Barras delivered their responses via respective interpreters.)

Nearly all of the highlighted films have literary roots, but each presented unique adaptation challenges for their filmmaker. Dolan spoke to the trickiness of language in “End of the World,” especially when considering the linguistic specificity of the late playwright Jean-Luc Lagarce’s “Juste la fin du monde.” Dolan wanted to embrace the theatricality of the play’s language, which disarmed the film’s cast as much as it would its intended audience.

“The language of Jean-Luc Lagarce is very repetitive, very heavy-handed. It’s almost as if he’s writing in subtext. In life, we suppress a lot of things and we stutter and things don’t always come out as we want,” Dolan explained. “The first decision was that we wouldn’t lose this. I told the actors ‘I don’t want to rephrase it or reword it so it makes sense to you. I want it to be a collective challenge for us.'” “It’s Only The End of the World”

Barras had the luxury of discussing the project with Gilles Paris, author of the original book. Although Paris was not involved with the “My Life as a Zucchini” script, Barras explained that the author was able to provide some helpful guidance. Barras said of Paris’ exhortation, “‘I give you carte blanche for the movie, but you have to be very close to the feeling of the characters.'”

As the only film of the evening that explicitly dealt with political conflict, Poppe took the opportunity to single out what he felt was the responsibility of such work. “The film is about standing up for democracy. It’s not a story about the Second World War, really,” Poppe said.

Referencing the tumultuous year in politics both in Europe and America, Poppe added, “This is a story about taking responsibility, about our political leaders, what we can expect from them and who they are in society.”

Not only do these films speak across generations, but across cultures. When talking about the influence of Arthur Miller’s play “The Death of a Salesman” on his later work, Farhadi said, “Americans and Iranians, from an emotional point of view, resemble each other. What strikes me as very odd is these two peoples who are so similar are set up as political enemies. The media always reinforces the differences. They never speak about the similarities.”

One other running theme of the night was Poppe and Holm’s playful banter about Sweden and Norway’s shared history. When Feinberg asked Poppe about the possibility of being the first Norwegian film to win a Best Foreign Film, Holm chimed in with “If you’d just stayed with us…” referencing Norway’s previous status as Swedish territory.

READ MORE: How ‘A Man Called Ove’ Became a Sleeper For the Best Foreign Film Oscar

Each director shared what it was like to watch these creations come to life in front of audiences. Poppe talked about screening the film for a tearful King of Norway (“He said, ‘For the last hour, I watched my father onscreen'”), while Holm expressed his delight over the reception he received at a screening for Palm Springs high school students. The other three, veterans of Cannes (Farhadi and Dolan’s films have screened multiple times in competition, while “My Life as a Zucchini” was part of Director’s Fortnight), talked about that stop and others on the festival circuit. While the nature of awards season and bringing nominees together can be a curious one, each director emphasized the power that an Oscar nomination and the cultivation of global cinema improves worldwide understanding. Dolan spoke about the power of public backing for filmmaking and echoed Farhadi’s comments about film as a way to cultivate better international relationships.

“As a society we live in Quebec, and no one would ever know who we are or what we do and where we come from if it weren’t for the arts. The arts travel and the stories stay. We look back and understood who we were. This is our way of communicating our story and it’s absolutely essential to the fabric of a society,” Dolan said.

This Article is related to: Awards and tagged a man called ove, Asghar Farhadi, It's Only The End Of The World, My Life as a Zucchini, Palm Springs International Film Festival, Xavier Dolan