Oscar winner Patrick Osborne (Disney's "Feast") discusses the back and forth between making a VR and movie experience. 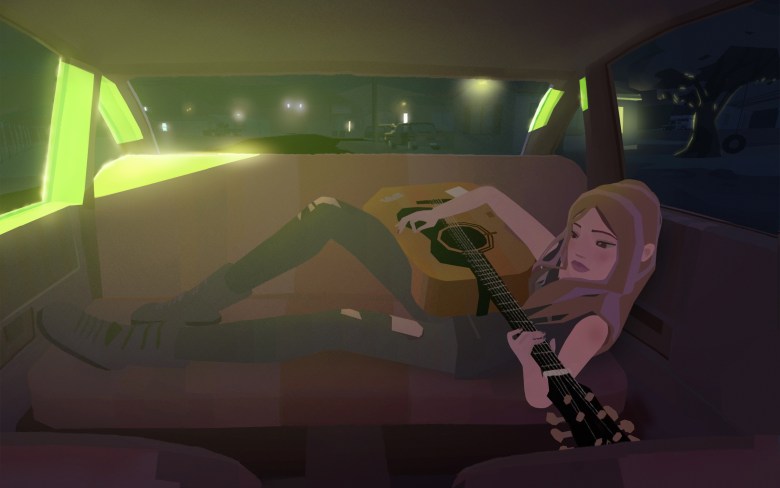 Patrick Osborne definitely likes making animated home movie-like experiences as snapshots in time. The Oscar-winning Disney short, “Feast” (2015), offered a series of eating vignettes in a dog’s life. Now he’s competing again with the 2D version of his Google Spotlight Stories VR short, “Pearl,” a musical journey between a father and daughter inside their ’83 Chevy Citation.

“The thing that’s happening now in VR and Google Spotlight Stories is that the camera’s in the middle of a space and you can look in any direction,” Osborne told IndieWire. “How is that going to limit you and maybe inspire you in other ways to do something interesting?”

“And there’s this phrase that people say: ‘I turned around and my kid went from 10 to 25.’ And the idea of turning around to advance time seemed kind of cool that you could do with the Google Spotlight,” added Osborne, who co-created the upcoming ABC live-action/CG series, “Imaginary Mary,” and is developing the Fox animated feature, “Nimona,” based on the graphic novel by Noelle Stevenson.

Osborne’s initial inspiration was using perceived limits to make “Pearl” more interesting to view, in real-time. “I was trying to simplify color and shape, and it seemed like something you could do in a game engine: playing with edits and a pared down look. What you see is what you get, so as you’re working and animating you don’t have the compositing step that you normally do.” But Osborne made the 2D short first to help inform the 360-degree VR version. “I felt like I was doing the tiniest version of what Jim Cameron does with ‘Avatar,'” Osborne said, “where you got the full previs, but all this animation is happening, and I went in and filmed my own little cut of that set [on a mobile phone] and edited that together. And we saw my edit working and could change the VR version. So it was like a weird back and forth.”

Osborne enjoyed jumping through time while staying inside the car. He found it an interesting abstraction where you’re watching the world pass by and gazing at the backgrounds, courtesy of production designer Tuna Bora. “It’s simple and beautiful too and connects people.”

“I’ve always been into using polygons and digital tools in an Impressionistic and emotional way,” added Osborne.

“At the end of the day, it’s a curious experiment in the differences that the experiences yield. I wish every movie had that a little bit,” he said. “The other thing is I loved being able to change the camera at the end. Normally, animators don’t animate what’s off screen and this was a luxury.”