The Screen Actors Guild went inclusionary with its winners, as did the PGAs Saturday, which suggests Oscar voters may be heading in the same direction. 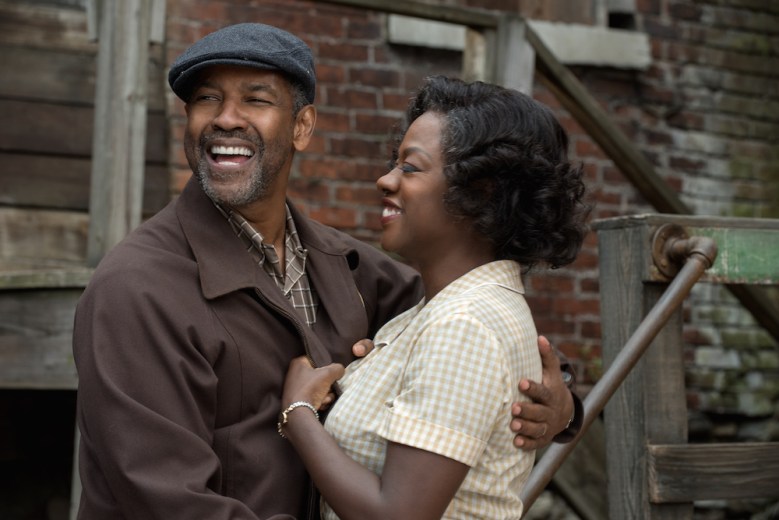 “I am an actor,” say the television and film stars in the room at the start of every Screen Actors Guild Awards show. SAG is a great bellwether for where the Academy’s dominant actors’ branch is heading every year. The SAG winners Sunday night got a nice boost heading toward Oscar voting.

This year, SAG nominations alerted awards watchers that “Hidden Figures,” “Hacksaw Ridge,” and “Fences” were contending against perceived frontrunners “La La Land,” “Manchester By the Sea,” and “Moonlight.” When SAG left showbiz musical “La La Land” out of the Ensemble race that often presages the eventual Best Picture winner, Oscar watchers were perplexed. Emma Stone and Ryan Gosling landed nominations, but no Ensemble. Did this reveal some kind of weakness? Obviously not, as the Academy accorded the film 14 nominations. All it means is that the movie is a romance focused on two people. Best Ensemble: As two-hander “La La Land” wasn’t competing, that left the field to four other Oscar contenders (“Captain Fantastic” did not land a nod). In the biggest surprise of the night, “Hidden Figures” which has been kicking it at the box office, took the coveted Ensemble Award, giving it a boost heading into Oscar voting. It’s a popular aspirational feel-good movie that hits the zeitgeist just as Hollywood seeks to send an inclusive message to Donald Trump. But only Octavia Spencer nabbed an acting Oscar nomination, along with Adapted Screenplay and Picture. In the Oscar race, “La La Land” has more support through 14 categories. Best Actress went to “La La Land” star Emma Stone, following up her Golden Globes comedy win with the expected SAG win, heading toward the Oscars. Natalie Portman, who had won the Critics Choice Award, left both the Globes and SAG empty-handed. Clearly, “La La Land” is a more popular entry than “Jackie,” which  appeals more to women than men.

Best Actor went to popular movie star Denzel Washington, “Manchester By the Sea” star Casey Affleck’s only SAG rival. This is Affleck’s first major loss. Washington directed himself in August Wilson’s own adaptation of his Tony-winning play “Fences,” which played like gangbusters with SAG actors. Indeed, they awarded both Tony-winners Washington as Best Actor and Viola Davis as Best Supporting Actress. Hell, she could have won Best Actress if she’d stayed in that category. Best Supporting Actor went to Mahershala Ali for “Moonlight,” as expected. Ali had a breakout year in “House of Cards,” Luke Cage,” and “Hidden Figures,” and gives “Moonlight” its beating heart as a drug dealer who nurtures a needy young boy. Best Stunt Ensemble as expected went to Mel Gibson’s World War II movie “Hacksaw Ridge” for its intense battle scenes. The SAG nominations for “Hacksaw Ridge” were an early indicator of the support for Mel Gibson’s comeback as a director,  which went on to six Oscar nominations including Picture and Director and Actor Andrew Garfield. The actors sent one of their own home with this award.