Barrymore and co-star Timothy Olyphant play a married couple whose lives are upended when one becomes a member of the living dead. 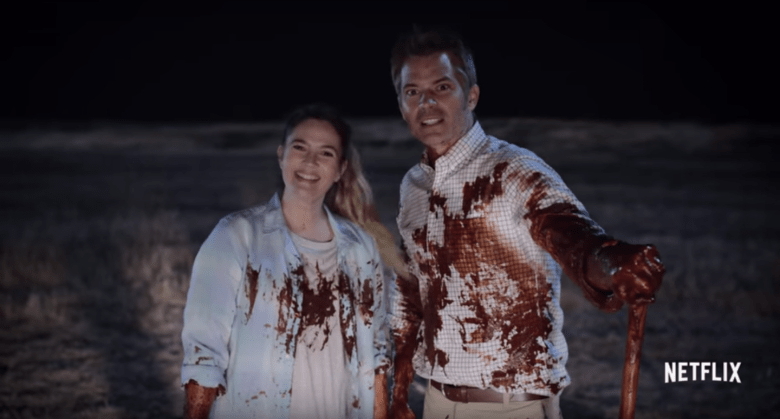 Earlier this month, Netflix debuted teaser trailers featuring actors Drew Barrymore and Timothy Olyphant talking about something called the “Santa Clarita Diet,” a non-traditional diet that involves eating people “who deserve it.” Now, Netflix has dropped a full-length trailer for their new comedy horror series that follows a realtor couple Sheila and Joel (Barrymore and Olyphant) living in Santa Clarita, California whose lives are upended when Sheila dies and is reborn as a zombie. Now, the two have to find ways to satisfy Sheila’s cravings for human flesh all while leading their “normal” lives. The series co-stars Liv Hewson (“Before I Fall”), Ricardo Chavira (“Desperate Housewives”) and Skyler Gisondo (“Vacation”). Watch the trailer below.

Barrymore is best known for her bevy of film roles, including “E.T. the Extra Terrestrial,” “Scream,” “Donnie Darko” and more. She has been nominated for two Golden Globes for her performances in the 1984 film “Irreconcilable Differences” and the 1992 film “Guncrazy.” She eventually won on for her performance in the 2009 HBO film “Grey Gardens.” Earlier this year, she executive produced the romantic comedy “How to Be Single,” starring Dakota Johnson, Rebel Wilson, Alison Brie and Leslie Mann.

All 13 episodes of “Santa Clarita Diet” will premiere on February 3 only on Netflix.