If the "indefinite suspension" of writer Katie Rich becomes permanent, what we've understood to be true about "SNL" for years may no longer be the case. 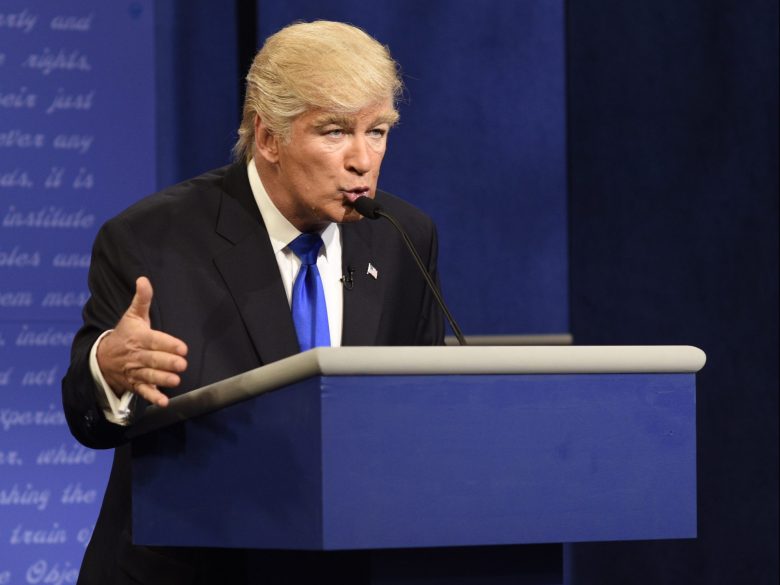 “Saturday Night Live” writer Katie Rich has disengaged with Twitter, and if you sift through her mentions right now, that’s probably a good thing.

Rich is under fire this week due to a joke she tweeted from her personal account on Friday during the inauguration of President Trump about his young son Barron, which many considered a clear example of crossing a line within the realm of comedy. She later apologized on Twitter, and was suspended from the “SNL” writing staff. (The New York Times has more info, including the joke itself.)

It’s interesting that most people didn’t hear about Rich’s tweet until after news of her suspension broke a few days after the post. But since then, the writer has been at the center of the internet’s ire, with plenty of people furious that she would insult a 10-year-old boy — and many others, largely from the comedy world, sticking up for her. A quick sampling (with far more to be found with the hashtag #keepkatierich):

If you write an inappropriate joke, SNL will fire you. But if you've been accused of sexual assault you'll get to host the show?

You can't make a joke about a child and write for SNL, but you can talk about sexually assaulting women and be the President. #keepkatierich

I'm sure Katie Rich will have better offers but I'll start bidding, will fly her to LA first class and give her what my studio pays me

The suspension of Katie Rich from SNL does not bode well for free speech. We should all be a little more scared than we were yesterday.

online mobs are not the answer either. @katiemaryrich has apologized. comedy is an imperfect science. (trust me!) https://t.co/NraMK4mDKN

Lewinsky perhaps offered the most nuanced take on this issue (given the personal experience she has to back it up), but that’s not enough to stop a social media storm in 2017, which quickly devolves into the modern equivalent of the “two-minute hate” from George Orwell’s “1984.”

Making fun of kids, including the children of the President, isn’t cool. But one joke (as Kasher put it above, “writers room talk”) leading to an indefinite suspension has some massive implications for what might be changing about comedy today — especially given the culture of comedy that “SNL” has created.

The thing with “SNL” is that, as a live comedy show written in a rush, it’s always been a bit messy — almost by design. And that’s lead to no shortage of offensive moments over the years. Just last week, “Weekend Update” featured a few jokes that definitely got under my skin: Michael Che, your opinions on the definition of feminism are not required here, especially when they’re followed up by an incredibly backwards and tired riff on “the friend zone.”

Free speech is an inalienable right, one that comes with the consequence that private citizens or employers might not like your words. But when it comes to comedy, there’s a basic understanding that some bits will work, some bits won’t, and while there’s no secret formula to the alchemy that creates great work, it does require a certain degree of fearlessness and experimentation. Preserving that process is just one reason why so many comedians balk at putting restrictions on what kind of jokes can be told.

Beyond the philosophical argument about what is and isn’t fair game in comedy, and debates over how good taste should be policed within the comedy community, let’s just consider this: Lorne Michaels and the “SNL” staff have a choice as to who they work with — literally every week, they take a chance on incoming talent.

While no one is perfect in this world (except maybe Emma Stone), past controversial remarks didn’t keep Season 41 from featuring Miley Cyrus, Amy Schumer, and Tracy Morgan. Alec Baldwin, a long-time favorite upon whom “SNL” is now deeply reliant thanks to a solid Trump impression, has his own problematic past but will be hosting for the 17th time on February 11.

And of course, there’s Trump himself as host, who Michaels believed to be a “part of the moment” in 2015, as he explained to IndieWire in an interview last summer.

In many ways, “SNL” shows us what it truly values in the people the show chooses to work with. And it’s chosen more than once to focus on whatever will best serve the culture of comedy they’re trying to turn out on a week-by-week basis… but then again, that was before the President of the United States began regularly attacking the show. If Rich is permanently fired from the writing staff, we’ll have a sense of where the lines are drawn for “SNL” going forward — and how that culture of comedy has been changed.

This Article is related to: Television and tagged Lorne Michaels, Saturday Night Live