The Brit director tells how he gave Illumination's Oscar contender a live-action vibe. 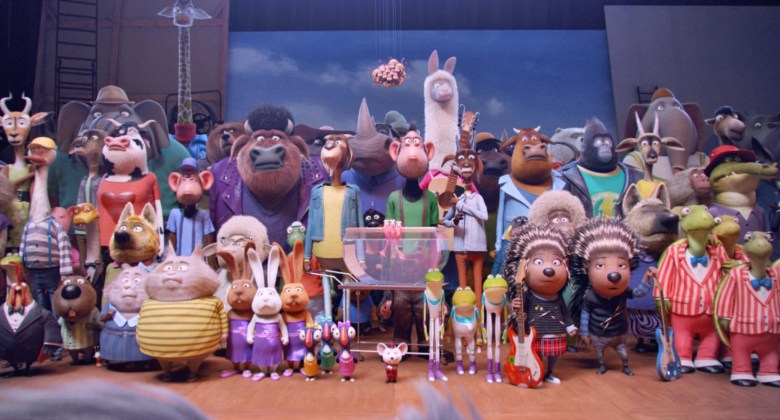 Coming from live-action, it made perfect sense for Brit director Garth Jennings (“The Hitchhiker’s Guide to the Galaxy”) to approach the animated musical, “Sing,” more like “The Commitments” than “Despicable Me” — only with animals.

“As far as writing and directing a movie, I literally got to have a go at everything,” Jennings told IndieWire. “I suppose it was the richness of the experience that was the most thrilling aspect for me. I could work towards an ending that would be really, really big and emotional with characters that were relatable with those awkward quirks that we all have. And that music would play a part in their stories and wrap their stories up.”

But, for Jennings, who first honed the script until it was structurally sound, focusing on the contestants was the biggest challenge.

“We realized very early on that these animals were human caricatures as opposed to animals displaying their animal traits,” he added. “And we’re also used to seeing one of the contestant stories played out. But one of the reasons I was really drawn to this is Chris shared an interest in following multiple stories.” “I love the idea of the challenge of keeping six stories spinning,” he added. “But keeping that balance and knowing when to leave and when to come back to somebody and rooting the audience in their world and not being disorienting was quite a tall order.”

With the jukebox musical format of 85 hit tunes, Jennings also enjoyed spending hours with his musical archive selecting the appropriate song for the right emotional moment. “Like suddenly realizing that the snail is going to sing Christopher Cross’ ‘Ride Like the Wind’ really earnestly,” he said.

Animation, of course, provided the biggest learning curve, with Jennings spending three-and-a-half years at the Illumination MacGuff studio in Paris.

“Normally, in animation, you try and break up a scene into little shots because then it’s easy to farm out to different people,” he said. “But there are lots of shots that stay on a character for 45 seconds, like the one where Rosita is on the phone with a nanny service while her children are busy cleaning their teeth. And it takes somebody five months to animate because it takes all of the little nuances.”

He continued, “I didn’t know all of that at the start, which is good. Otherwise, I would’ve felt terrible about putting these shots into people’s in boxes.”

In the beginning, the animation actually looked too real, so they pulled it back and made it more stylized like the concept designs during a second round of color timing. However, Jennings likened the way you transpose the performances of the voice actors into animation to a second wave of acting. “We made it very physical, very lively, rehearsals, in a way,” he said. And we’d keep it very straightforward camera-wise, apart from those wooshy things.

“And we wanted the performances to be naturalistic and not cartoony,” Jennings said. “Let’s say the father gorilla seeing his son perform on the television while he’s in jail. And playing so much of that just with his eyes. And I enjoyed finding how to do that.”

“This is a puppet — it doesn’t move. You have to tell it to move, you have to put its eyebrows up,” he explained. “You have to show that its eyes are slightly not quite focused, not believing what they’re seeing. Translating what we wanted to feel in an animated gorilla was as thrilling as if you make that magic happen in front of a camera.”