From returning favorites to breakout offerings to watch for, we're serving up 13 films from this year's festival that we've got our eyes on. 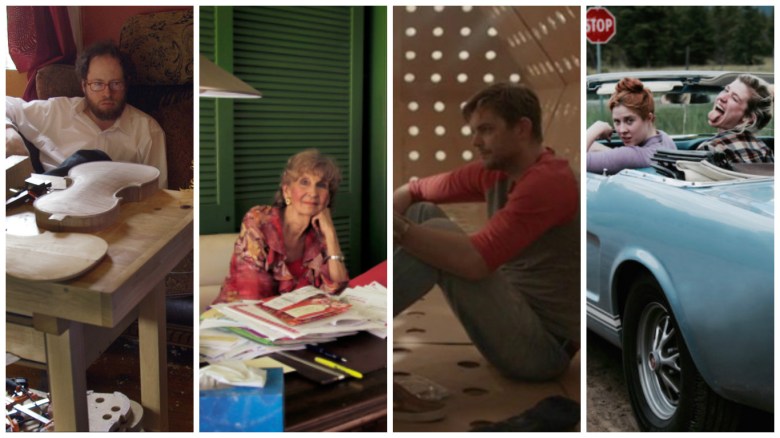 Now well into its third decade, the Slamdance Film Festival is gearing up for its 2017 edition. Mostly taking place at the Treasure Mountain Inn at top of Park City, Utah’s busting Main Street, Slamdance is dedicated to presenting a festival and a community designed “for filmmakers by filmmakers.”

In previous years, projects from directors like Christopher Nolan, Marc Forster, Jared Hess, Oren Peli, Benh Zeitlin, Seth Gordon, Lynn Shelton and Lena Dunham have bowed at the festival, and it’s become a fertile — if offbeat — proving ground for fresh talents. This year looks to be yet another banner one for the fest, and as such, we’ve gone on a little trip through the Slamdance slate to dig up some prime possibilities for must-see films (shorts and features!).

Ahead, check out 13 titles we’re excited to finally check out at this year’s festival. This Australian documentary follows two Finnish backpackers working at a pub in the remote mining town of Coolgardie. Every three months, a new pair of female foreigners seeking an authentic experience down under show up for a working holiday as barmaids. Lina and Steph, the latest “fresh meat,” quickly discover that fending off drunken locals and dealing with a verbally abusive boss are both occupational hazards. “Hotel Coolgardie” is the debut feature-length documentary from Australian filmmaker Pete Gleeson, whose most recent short film, “Something To Tell You,” received an honorable mention from the Hot Docs jury in 2011. Gleeson was also nominated for Most Outstanding New Talent at the Australian International Documentary Conference. -GW

In 2010, James Franco optioned the rights to Stephen Elliott’s bestselling memoir, “The Adderall Diaries,” and five years later starred in the film adaptation, alongside a cast that included Christian Slater, Amber Heard and Ed Harris. Now, Elliott has directed a re-imagining of the period in which Franco helped bring “The Adderall Diaries” to the screen. “This is a movie about James Franco making a movie about me,” Elliott writes in the official Slamdance description. The film stars Michael C. Hall, Lili Taylor and Elliott, who previously directed the 2014 drama “Happy Baby” and his feature debut, “About Cherry,” which starred Franco, Taylor, Dev Patel and Heather Graham. -GW

Hollywood nostalgia, especially directed towards the early half of the 20th century, seems destined to always be with us. But this screwball comedy from Jamie Greenberg is harkening back to a bygone era in a way that seems perfectly suited for Slamdance. Playing with generational conceptions of the future, the film imagines a world twelve months from now, drenched in the Technicolor optimism of the past. It’s a time-travel story that seems like ideal escapism, with plenty of pastels to boot. -SG

“Dave Made a Maze” “Dave Made a Maze”

Mythological creatures, artistic frustration and a tested relationship: Seems like the kind of wild recipe tailor-made for elevated altitudes. Nick Thune leads a comic ensemble as the title character whose creation puts both himself and his friends in peril. With a labyrinth made of cardboard and recycled materials, it looks to be a low-budget flight of fancy that might appeal to genre fans of different stripes. -SG

“Who Is Arthur Chu?”

A true product of the 21st century, 32-year-old Arthur Chu became a small-time sensation when he disrupted “Jeopardy!” to the tune of nearly $400,000. Transparently deploying game theory and reveling in his unorthodox play by live-tweeting his shows (and getting a bit feisty with his critics), Chu brought spunk to a show that’s known for its bookish sense of decorum. And he’s been trying to monetize his moment in the sun ever since, writing about nerd culture, Asian-American identity, and the evils of Gamergate. The documentary that Scott Drucker and Yu Gu have made about Chu casts him as something of a pop villain, exploring what motivates someone to insert themselves into a culture as dramatically — and with as much confidence — as Chu was able to do. -DE

Coming-of-age stories are usually about unformed kids who learn how to flex their muscles for the first time, but that’s simply not the case for nine-year-old Naomi Kutin, an Orthodox Jewish girl who happens to be the strongest pre-teen on the planet. Her age group’s world record-holder for powerlifting, Kutin is an unlikely superstar in a sport that seldom makes news. Jessie Auritt’s candid documentary squats right in to Kutin’s family life, introducing us to her dad, her videographer mom, and her little brother. “Supergirl” promises to be a fascinating portrait of what it really means to be strong for a young person in the 21st century. -DE If we must leave our comfortable liberal bubble in the coming years, quirky Southern documentaries might by just the thing to ease the transition. This subject of this window into Southern life is Miss Dixie’s Charm School and the older ladies who rule it with iron fists, even delicately placed ones. Writer/director duo Jen Harrington and the late Steve Richardson do not judge their sometimes backwards-sounding characters, choosing to believe that there is more than one side to every story. With colorfully opinionated subjects from all sides of the racially segregated Louisiana town, if “Bogalusa Charm” uncovers a human story underneath the lace table cloths and tea cups, it could be just the balm liberal audiences need. -JD

With a premise that sounds like a web series, and a trailer that looks like a feminist Wes Anderson film, director Daniel Warth (who co-wrote with Miles Barstead) is a an example for all male directors in his willingness to put female characters front and center. When struggling actress Audrey (Claire Armstrong) and aspiring playwright Lillian (Naomi Skwarna) accept a gig as corporate role-play demonstrators, they funnel all of their creative ambitions into the biggest show of their lives — a hotel conference. Flawed, funny women and a highly-stylized aesthetic promise an absurdist satire in contemporary clothing. -JD Stefan Avalos’ documentary follows 32-year-old Danny Houck, a self-professed “nobody” who has exactly one interest: violins. The Ohio eccentric channels all of his energy into the instruments, and soon hits upon an idea that will take pretty much everything he has, perhaps even literally. After convincing a well-known European concert violinist that he can build a replica of the most famous and valuable violin in history, he goes whole hog on what might be his biggest success, or his greatest failure. You won’t believe what happens next. -KE

“You Never Had It: An Evening with Bukowski”

If you ever wondered what it would be like to spend an evening drinking wine and smoking cigarettes with notable barfly and poet Charles Bukowski, this is the documentary for you. The film is centered around a 1981 video interview conducted by Italian journalist Silvia Bizio with Bukowski and his partner Linda Lee Beighle. The video was long assumed to be lost, but has recently been re-digitized, which filmmaker Matteo Borgardt then intercut with Super 8 shots of Los Angeles and poems read by Bukowski. -CO

“The Investment” and “Dr. Meertz”

For the last few years, writer/director Steve Collins has been making a series of hysterical shorts with actors Paul Gordon, Courtney Davis and and John Merriman. Earlier entries from what the filmmaker calls the “Black Eye” and “Rip Off” Symphonies have played at SXSW or Rooftop Films. Each short creates an incredible sense awkwardness mixed with burst out laughter. If you are at Slamdance, keep an eye open for “Dr. Meertz” and “The Investment,” which are two recent additions to Collins’ collection. -CO Ronnie just lost her brother. Faye just lost the love of her life. What better way to mourn than by going on an epic road trip filled with drinking, debauchery, bad decisions and big revelations? In Jordan Canning’s “Suck It Up,” life-long BFFs Ronnie (Grace Glowicki) and Faye (Erin Carter) are both attempting to get through huge heartbreaks with mixed results. Eventually, they land on the smart/stupid idea to take off for a summer away in beautiful British Columbia, where their dual sadness and a whole lot of wildness might, just might, make them feel better. Except, well, it probably won’t. Canning’s film isn’t just another girls-gone-wild fun-time, it’s a story about the ins and outs of female friendships, made all the more heady — and heartbreaking — by the kind of grief that’s impossible to shake. -KE

This Article is related to: Film and tagged Slamdance 2017, Slamdance Film Festival