Sony Pictures Animation confirmed the big-screen debut of the mixed race web-slinger for the upcoming "Spider-Man" feature at a slate preview. 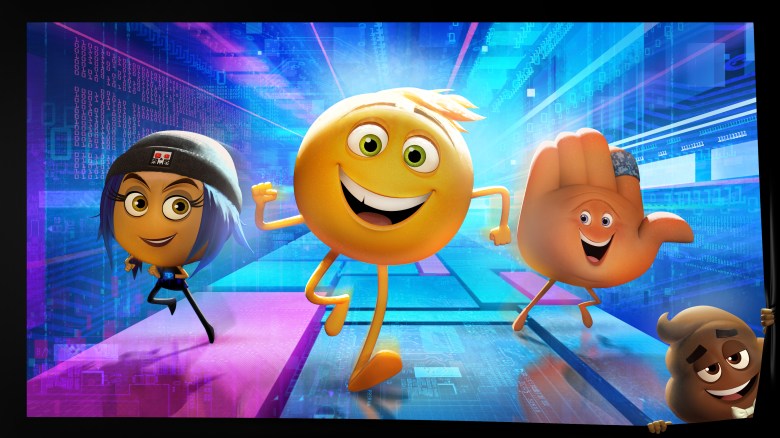 Sony Pictures Animation, which has fallen on hard times in recent years, highlighted diversity and female empowerment as part of its comeback at Wednesday’s slate preview in Culver City. The biggest news was confirmation that Miles Morales, the mixed race web-slinging teen (African-American and Hispanic), will star in the untitled “Spider-Man” feature coming December 21, 2018.

The animated “Spider-Man” marks a return to SPA for Phil Lord and Chris Miller (“Cloudy with a Chance of Meatballs”), who directed “The Lego Movie” and are currently making the “Han Solo” standalone “Star Wars” feature.

In a pre-recorded video message from London, Lord said, “What inspired us the most is that anyone can wear the mask. You can be any race, creed or color.”

“Spider-Man” will be directed by Bob Persichetti (head of story on “The Little Prince”) and Peter Ramsey (“Rise of the Guardians”).

A brief glimpse of look development revealed a noirish New York skyline right out of a graphic novel with lots of dynamic potential in CG.

SPA president Kristine Belson also announced some of the filmmaking talent behind the upcoming musical, “Vivo” (December 18, 2020), which concerns a capuchin monkey who travels from Havana to Miami to pursue a singing career.

“Hamilton’s” Lin-Manuel Miranda will contribute 11 songs for this passion project scripted by Pulitzer Prize winner Quiara Alegría Hudes, who also wrote the book for Miranda’s “In the Heights.” Meanwhile, most of the attention was given to this year’s three releases: “Smurfs: The Lost Village” (April 7), “The Emoji Movie” (August 4), and “The Star” (November 10).

“The Lost Village,” helmed by Kelly Asbury (“Gnomeo & Juliet”), marks Sony’s first all-CG “Smurfs” movie after two hybrids, and Asbury said the look and tone would more reflect the spirit of the comics from Belgian creator Peyo. Among the footage highlights were an enchanted forest encounter with eyeball and lip flowers and an underground tunnel adventure.

In describing “Emoji,” the first movie that goes inside the popular facial expression smartphone app, director Tony Leondis said, “What struck me is that they’re expected to be the same their whole lives. What if one didn’t? Do I have to change who I am or can I get the world to accept me?”

In “Emoji,” Gene (T.J. Miller) tries to break free from his defined role in Textopolis as a Meh with the help of Hi-5 (James Corden) and Jailbreak (Ilana Glazer). The newly announced voice cast includes Patrick Stewart as an upper crust Poop, Jennifer Coolidge as Gene’s mom, Mary, Maya Rudolph as Smiler, and Jake T. Austin as Alex.

“The Star,” directed by Timothy Reckart (the Oscar-nominated short, “Head Over Heels”) and animated by Cinesite Studios, tells the story of the first Christmas from the point of view of the animals who become accidental heroes, including Bo, the donkey (Steven Yeun), Leah the horse (Kelly Clarkson), Ruth the sheep (Aidy Bryant), and Dave the dove (Keegan-Michael Key).

Finally, director Genndy Tartakovsky, who left Sony after “Popeye” was cancelled to revive “Samurai Jack” at Adult Swim, is back for “Hotel Transylvania 3” (September 21, 2018). This time Adam Sandler’s Drac must endure a Monster Cruise Ship journey until he falls for the ship’s mysterious female captain, Ericka.

And attached to “The Emoji Movie” will be the Tartakovsky-directed, “Hotel T” short, “Puppy,” in which young Dennis gets a surprise monster-sized pet.

This Article is related to: Film and tagged Lin-Manuel Miranda, Sony Pictures Animation, The Emoji Movie