The film premiered at the 2016 Sundance Film Festival. 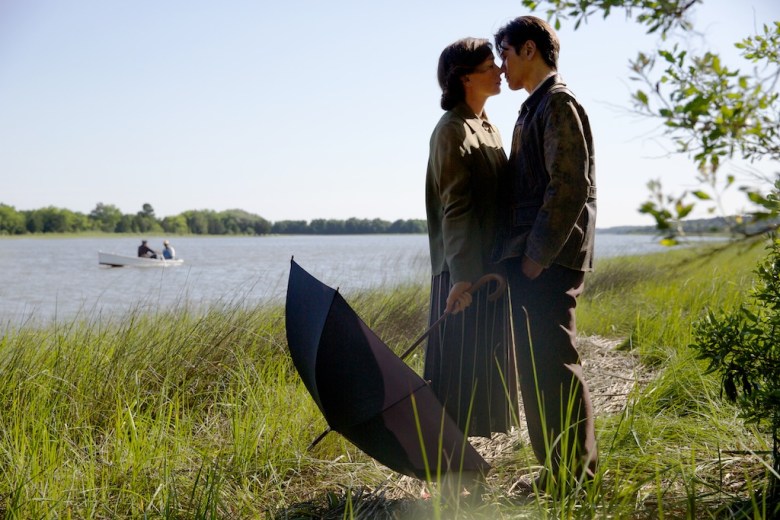 “Sophie and the Rising Sun”

Maggie Greenwald’s romantic drama “Sophie and the Rising Sun” premiered at the 2016 Sundance Film Festival, and just over one year later, it will be released in select theaters nationwide. Based on the Augusta Trobaugh novel by the same name, the film follows the dramatic story of interracial lovers swept up in the fervor of World War II that has hit Salty Creek, South Carolina. Salty Creek native Sophie Willis (Julianne Nicholson) falls for the mysterious stranger Mr. Grover Ohta (Takashi Yamaguchi), but as their secret relationship evolves, the war escalates and bigotry threatens Ohta’s life. The film co-stars Margo Martindale (“The Americans”), Lorraine Toussaint (“Selma”), Diane Ladd (“Chinatown”), Joel Murray (“Mad Men”) and more. Watch an exclusive clip below.

The film is written and directed by Maggie Greenwald. She’s best known for the films “The Ballad of Little Jo,” about a young woman who poses as a man in the wild west, and “Songcatcher,” about a musicologist researching and collecting Appalachian folk music in the mountains of western North Carolina. She has also directed episodes of children’s shows like “The Adventures of Pete & Pete” and “The Mystery Files of Shelby Woo.”

“Sophie and the Rising Sun” will open in select theaters on Friday, January 27, courtesy of Monterey Media. For more information, visit the film’s official website.

This Article is related to: Film and tagged Julianne Nicholson, Maggie Greenwald, Margo Martindale, Sophie and the Rising Sun