What's this year's "Manchester By the Sea"? In today's climate, that may be the wrong question. 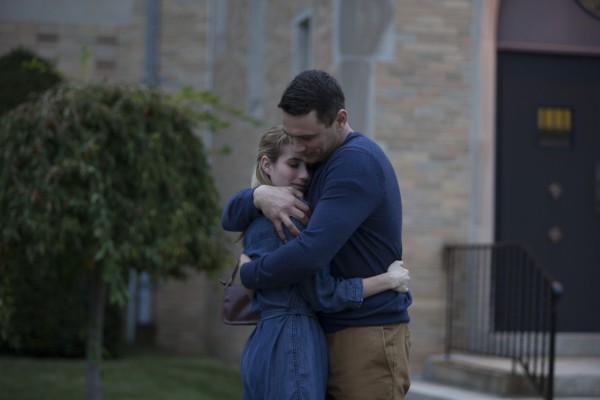 For every Sundance Film Festival movie that sells for a big sum, there’s another one that doesn’t.

While hordes of buyers scatter throughout Park City over the next week, a Sundance premiere from two years ago quietly hits theaters on January 27 with little fanfare. “I Am Michael,” Justin Kelly’s perceptive and troubling look at gay-activist-turned-Christian-pastor Michael Glatze (James Franco), hits theaters and VOD long after the Sundance hype has moved on. It’s a missed opportunity for the movie, in which Franco gives one his most complex performances, as audiences struggle alongside the character’s tragic sense of conflict with his faith.

At a divided moment in American history, it’s a shrewd look at conflicting values at the root of modern society. But no distributor took a gamble on it when its fleeting spotlight in Utah came and went; now, dumped onto digital platforms at the start of the year, it will be lucky to find much of an audience at all.

The hype around dealmaking at Sundance tends to erase the bumpy paths of such under-appreciated gems. Each Sundance begins with anticipation stoked by events from the previous year. The 2017 edition begins in the shadow of 2016, when Amazon plunked down a hefty $10 million for “Manchester By the Sea” and Fox Searchlight spent nearly twice as much in an ill-conceived deal for “The Birth of a Nation.”

So what will take those slots this time around? Perhaps it’s better to ask: What won’t? The market at Sundance may carry a mythology defined by late-night dealmaking and overnight stars, but as buyers have grown hip to the hype, the narrative surrounding that activity has grown predictable.

Even the festival’s top programmers admit as much. Talking to a roundtable of journalists on the festival’s first day, Sundance director John Cooper sighed, then ticked off the same list of buzzy titles showing up everywhere. “It’s gonna be ‘Mudbound.’ It’s gonna be ‘The Big Sick.’ It’s gonna be ‘Patti Cake$,'” he said. “There’s going to be a lot of action on that front, but I’m glad we don’t have to speculate about it. We get to follow the story instead of tell a pre-fab, made-up story about what we think.”

Sitting by his side, director of programmer Trevor Groth jumped in. “But there are more opportunities for all of these films than ever before,” he said, noting the range of titles entering the festival with distribution in place — from opening night thriller “I Don’t Feel at Home Alone in This World” and the sibling crime drama “Deirdra and Laney Rob a Train,” both picked up by Netflix, to bigger efforts like Fox Searchlight’s “Wilson” and Paramount’s “An Inconvenient Sequel.” “It’s a healthy market,” Groth added. Notably, at the festival’s opening press conference with Sundance founder Robert Redford, few questions came up about dealmaking, in part because most of the discussion was spent on a far more pressing concern — the Trump Administration.

But there’s a natural link between which Sundance films find their way beyond the insular festival world and how those movies might address the current climate. Joining Redford onstage to discuss his experiences at Sundance’s filmmaking labs, director David Lowery admitted he was growing more cognizant of his responsibilities. “I do realize that things I say matter,” he explained, citing a Filmmaker magazine article by Dan Schoenbrun called “All Movies Are Political Movies.”

Lowery and other Sundance favorites may not work in explicitly political veins, but their movies represent a break from the limitations of commercial filmmaking, peering at worlds underrepresented by the mainstream system. Whether or not buyers are hankering for them, the best of these movies provide windows into a society otherwise deprived of its voice: The typical breakout Sundance hit involves characters lost in personal dilemmas that make them feel alienated from society at large, a notion that — in the wake of the 2016 presidential election — seems more relevant than ever.

The Sundance lineup has grown increasingly sensitive to broadening its representations of stories around the world, this year showcasing filmmakers of color in 34% of its features; 40% of the features and shorts are directed by women. Many of those films remain undiscovered, and with bigger distributors already comfortable chasing just a handful of titles, the opportunities for more of these titles to find audiences remain shrouded in uncertainty.

While “The Big Sick” may be a crowdpleaser about the Pakistani-American experience and “Mudbound” showcases an African American director on the rise, how many more of that 34% will struggle to get out there? Just as filmmakers like Lowery are realizing their duties, the rest of the business will have to follow suit. By the end of the festival, the question shouldn’t be which movies sell, or for how much, but whether they’re selling the right stuff. Watch this space.

This Article is related to: Film and tagged Critic's Notebook, Sundance 2017