There's money to spend on hot Sundance buys. The question is who can afford to spend it in today's challenging market. 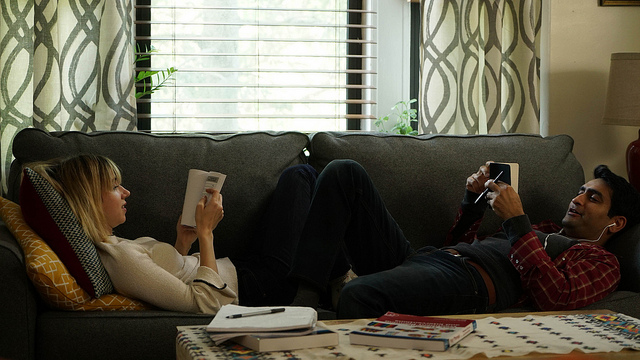 On Friday in Park City, the bidding wars opened for business. Fox Searchlight co-president Nancy Utley began and ended her day at the Eccles Theatre, where the Sundance premieres culminated with the big acquisition title, “The Big Sick,” directed by Michael Showalter and produced by Judd Apatow. Appetites remain high for Sundance titles, but last year proved to be a teachable moment for indie distribution: There’s a big difference between being able to compete for a title, and successfully gauging what will work in the marketplace.

“The marketplace is always changing, but now it is changing more rapidly, both on the production and consumer side,” said Searchlight co-president Stephen Gilula. “The bar for theatrical viability keeps going up. While we are talking about other models, Searchlight is still a global, theatrically driven company, trying to make money on each individual title. We haven’t changed our acquisition calculus, but we are more rigorous in considering what is viable.” With the benefit of that global distribution, calculating viability used to be easier for Searchlight. It’s long been the cock of the walk at Sundance, from big buys “Little Miss Sunshine” and “Napoleon Dynamite” to Oscar contenders “Beasts of the Southern Wild,” “Brooklyn,” and “The Birth of a Nation,” the $17.5 million acquisition that skidded into ignominy and a disappointing release as its writer-director-star Nate Parker was tainted by a rape scandal.

Truth is, none of the studio specialty distributors had a strong 2016. It was an off year for Searchlight, Sony Pictures Classics, and Focus Features, not to mention struggling indies Weinstein Co. and Broad Green. Among the smaller indies, Magnolia, IFC, and A24 hold their own against deeper-pocketed studio competitors, with more freedom to maneuver in the multi-platform space.

Smaller companies are also pushing their way into the market. PBS Distribution hired two new executives just in time for Sundance who will be looking to acquire theatrical, non-theatrical, home entertainment and VOD rights of films, and Tim League and Tom Quinn’s recently named Neon also announced its presence just before the fest.

Meanwhile, Amazon Studios has emerged as the top studio distributors’ primary competitor, proving with “Manchester by the Sea” (partnering with Oscar-savvy distributor Roadside Attractions) that it can acquire, market, and release with all the bells and whistles of a major awards campaign. (Competitors are astounded by their lavish ad spending.) Its willingness to abide by theatrical windows before going SVOD gives it an edge over Netflix, which is investing heavily in original series and documentaries that do not rely on theaters to reach viewers.

When Netflix does buy, its hunger for originals often means buying something pre-festival and slapping the Red “Original” logo on the film’s opening credits before it gets to that Eccles premiere. But even when a pre-festival Netflix deal doesn’t happen, Netflix can still loom large. During those festival bidding wars, Amazon and Netflix often will give theatrical distributors a rough estimate of how much they’re willing to pay for SVOD rights — a key figure in calculating what an all-rights distributor will bid.

This can have devastating effects, as Business Insider reported last month last month in a cautionary tale about documentary “Do Not Resist.” When the filmmaker turned down a pre-festival premiere offer from Netflix, the company then let it be known that they weren’t interested in the film’s SVOD rights and effectively cratered the film’s value overnight.

But for filmmakers, making a deal with SVOD providers means opting out of the enhanced profile that real market-by-market publicity and marketing can bring. Branding and bragging rights are valuable, but Amazon and Netflix often keep their numbers to themselves. Even so, a filmmaker could well be tempted by the blanket Amazon deal announced this week, which is available to all official Sundance selections. However, filmmakers also have to decide on whether to take the deal in time for their films to stream in September, which doesn’t allow for an exhaustive search for other distribution opportunities.

There is always the hope of a theatrical breakout, but the more predictable return on investment from theatrical P&A dollars is the unparalleled exposure it gives an asset that the company will monetizing for next seven to 10 years. For Paul Davidson at The Orchard (which recently picked up the big game hunting doc “Trophy”), a theatrical release only makes sense if they are willing to invest in getting the film in over 50 theaters.

“There’s a 50-to-400 theater sweet spot for us,” Davidson told IndieWire back in September. “We’re not interested in a 10-12 theater release. We’ve seen that we can really increase awareness for title based on reviews we get from the top 30 to 35 markets.” The financial matrix has shifted from the seller’s perspective as well. “It’s one of those times where it feels that if you thread the needle correctly, theatrical can be stronger than it ever was,” said Killer Films producer Christine Vachon. “It’s defining what makes a movie theatrical that is getting harder. It doesn’t mean other movies shouldn’t be made or stories not told. It’s figuring out what is that element that makes people leave their homes? The metrics and economics are different, that’s all.”

This year Vachon is at Sundance with four low-budget movies with the reunion of Mike White and Miguel Arteta (“Beatriz at Dinner”), “Dina,” starring Dina Buno, Andrew Dosunmu’s “Where is Kyra?” and emerging comic talent Janicza Bravo’s “Lemon.” Along with many indies, Killer is developing television series such as Amazon’s upcoming “Z: The Beginning of Everything: The Right Side of Paradise,” starring Christina Ricci as Zelda Fitzgerald. Next week, Killer starts shooting a Paul Schrader film starring Ethan Hawke and Amanda Seyfried. “It’s about having a good sense of, What makes it makable?” Vachon said. “Is it a script that will attract an Ethan Hawke or a director? Does the story feel timely, is it something people will leave their homes to go see?”

Last year, all four Killer Sundance titles found non-traditional distribution. Todd Solondz’s “Wiener-Dog” (IFC Films) was the biggest theatrically, while “White Girl” (FilmRise) played New York’s Angelika for two months and Mathew Ross’ “Frank & Lola” went out through Universal/Paladin. “‘Goat,’ starring Nick Jonas, ended up selling to Paramount as a strong SVOD release,” said Vachon. “Its biggest audience was college students; they flocked to it. That’s how they see movies. The movies were well served. Fact is, our investors were able to get out. That was a good thing.”