The last-minute Sundance addition tackles the subject of love and romance in the world of dating apps and social media-driven culture. 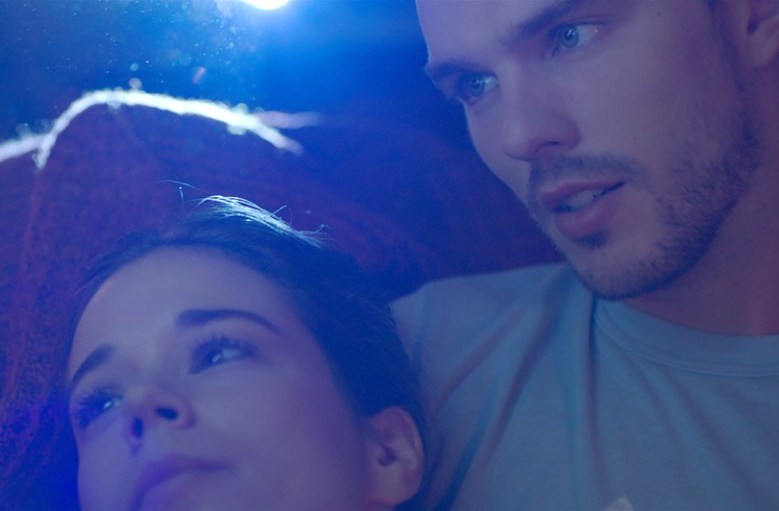 The new Drake Doremus movie “Newness” is the rare film that was kept a secret almost by accident. A last-minute addition to the Sundance Film Festival, the movie was financed and produced so quickly that the filmmaking team skipped the usual casting announcements and other publicity efforts that accompany most Hollywood movies. It’s not that the producers tried to fly under the radar – they were just too busy making the actual movie.

READ MORE: Sundance 2017: ‘Newness’ and ‘Trumped: Inside the Greatest Political Upset of All Time’ Added to Lineup

“We were lucky that the first draft of the script that I read was incredibly strong,” Pruss told IndieWire. “Lost City jumped in straight away.” The company’s first and only other film under the Lost City banner is the sci-fi-thriller, “ARQ” which premiered at last year’s Toronto Film Festival and was distributed by Netflix.

“Newness” is Doremus’ second film to be produced by Scott Free Productions after “Equals,” which also starred Hoult, though his latest performance is unlike any role he’s ever played, according to Pruss. “This is a different side of Nick — a very complex and emotionally mature performance that we haven’t seen yet,” he said. Pruss added that “Newness” is Doremus’ take on romance in 2017, specifically how online dating and dating apps have influenced the way Millennials approach love and courtship.

“It’s really profoundly changed not just people’s perception of relationships, but really their actual expectations,” Pruss said. “We’re all always on our phones — whether we’re ordering food or Amazon Prime — and sex and dating has become an extension of that. In some ways, the thesis of the film is the understanding that a sort of tension exists between happiness and hedonism.”

One of the reasons Novick chose to quickly finance the entire film had to do with how much the subject matter related to present day. “The movie is very current, and we felt it needed to be made now,” Novick said. “Drake really felt very much that this is what’s happening [today.]”

Though editing the film in time for Sundance was never part of the plan, the first cut that was assembled shortly before Christmas convinced everyone involved in the project that the movie could be finished in time to premiere at the 2017 festival. “If we had all seen it and said it wasn’t ready, we wouldn’t have forced it,” Novick said.

With “Newness,” Sundance has 120 feature-length films from 32 countries in this year’s lineup, selected from a total of 4,068 submissions. The festival runs from January 19 – 29.