Syfy’s hit show offers fans a chance to experience the upcoming season’s opening scene through the eyes of a new character. 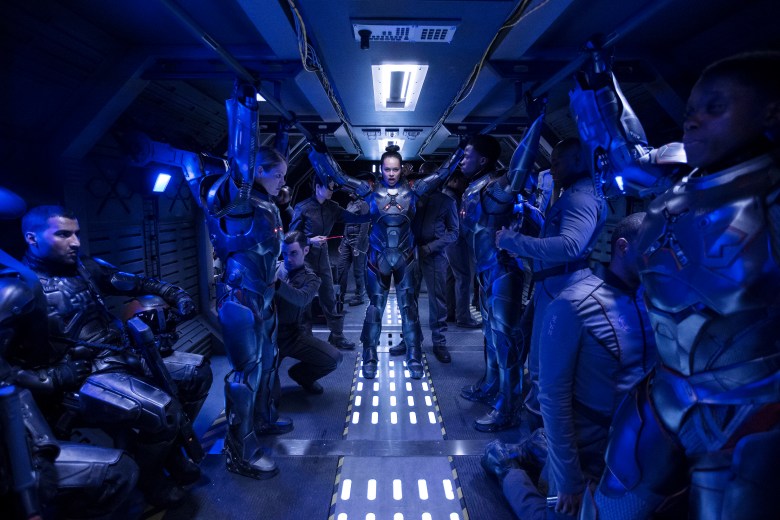 Frankie Adams in “The Expanse.”

After an incredibly successful first season, “The Expanse” is gearing up for the next chapter of its saga through the exclusive VR first look below. The scene, directed by visual effects artist Bob Munroe (“X-Men,” “Blade”), not only introduces the new season, but also a new character who fans of the book series will be excited to meet: Bobbie Draper (Frankie Adams).

READ MORE: ‘The Expanse’ Season 2 Trailer: The Sci-fi Conspiracy Series Returns for an All New Mission on Syfy

The virtual reality scene recreates the opening of the upcoming season through the perspective of Draper, as she navigates a perilous Martian landscape, accompanied by a small band of soldiers. The immersive 3D experience sets up what should be a compelling arc for Draper, a Martian Marine who finds herself thrust into the growing galactic conflict.

READ MORE: Review: ‘The Expanse’ Season 1 Has Totally Changed the Game for Sci-Fi on TV

The first season received heaps of praise from both fans and critics alike, culminating in a nomination at the 2016 Saturn Awards for Best Sci-Fi TV series. Based on the best-selling book series by James S.A. Corey, “The Expanse” is set 200 years in the future, as conflicts between Earth, a colonized Mars, and the Asteroid Belt begin to arise. The story follows a detective, Joe Miller (Thomas Jane), along with ship captain James Holden (Steven Strait), and UN politician Chrisjen Avasarala (Shohreh Aghdashloo), all of who get caught up in the disappearance of a woman, as well as a conspiracy that threatens the entire solar system. The original cast is set to return for Season 2, which is slated to premiere on February 1 at 10:00 p.m. Check out the V.R. experience below.

This Article is related to: Television and tagged Syfy, The Expanse