Much was revealed during the season finale of NBC's afterlife comedy, including the fact that creator Michael Schur has a lot more story to tell. 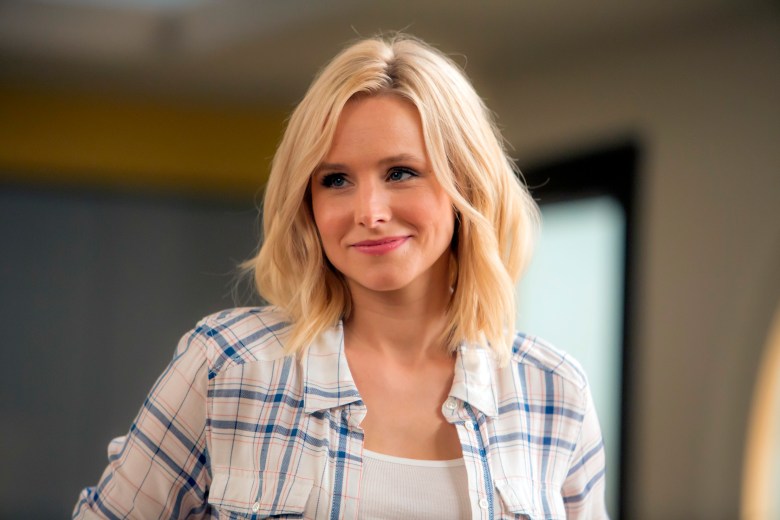 A lot of philosophers got name-dropped during the first season of “The Good Place,” but it turns out that only one, ultimately, was the real inspiration for the series. That’d be your boy Jean-Paul Sartre, with the classic line from his play “No Exit”: “Hell is other people.”

Those four words underly the biggest revelations we learned during the season finale of Michael Schur’s existential comedy about the afterlife, though there’s plenty to discuss beyond that. “Chapter 13: Michael’s Gambit,” the season finale of “The Good Place,” brought with it two huge discoveries: First, that Eleanor (Kristen Bell), Chidi (William Jackson Harper), Tahani (Jameela Jamil) and Jason (Manny Jacinto) have actually been in “the bad place” this whole time, followed by the revelation that Ted Danson is capable of being very, very creepy.

Danson has never seemed all that scary to me before, but that’s before seeing him smile and laugh at Eleanor’s realization that she and her companions have been trapped in a cycle of torturing each other from the very beginning. Michael’s “neighborhood” has actually been a massive experiment orchestrated by Michael to see if he and his fellow demons could create a scenario where humans unworthy of true paradise could make each other miserable without direct intervention. We’d known for a while that Eleanor and Jason didn’t deserve Heaven, but neither did Chidi and Tahani. From the beginning, Schur had made reference to “Lost” as a source of inspiration (he even met with “The Leftovers” showrunner Damon Lindelof to get some advice on this sort of plotting), and the finale did bring with it a “We have to go back!”-level twist. But while there’s a lot packed into this game changer, it’s incredibly well-supported by what came before.

We never really got a whiff of Michael’s true nature, for one thing, in part due to Danson’s beautifully bumbling performance, but in re-examining past episodes there are never any scenes where we see him on his own — he’s always putting on an act for the humans he’s been assigned.

The reveal that Chidi and Tahani were also not good enough for “the good place” is a massive one, but the fact that it ultimately made sense testifies to the depth of character development that Schur and the writers had been able to build into the show. We’d been given plenty of insight into the flaws of each person, but because we’d always accepted them as inherently good, we’d never questioned whether they really belonged there.

The show excelled at raising questions regarding what it genuinely means to be a good person, what real happiness looks like, and what it means to be a part of a collective whole —without pushing for any cheap answers. Instead, “The Good Place” pushed us towards this realization: The worst kind of torture is being told you’re where you’re supposed to be, but it just doesn’t feel right. “Michael’s Gambit” laid all this out with a “Colombo”-esque montage that included flashbacks to previous episodes — a pretty basic execution, but one that felt truly earned after over 12 episodes spent with these characters. We’ve come to know them all well, but there’s so much we don’t know — such as the fact that we still have no idea what “the good place” is like, and what you have to do in order to earn a spot there.

The biggest twist of “Michael’s Gambit” is the episode’s final big swing, in which Schur tosses his cap over the wall in the hopes of a second season, ending the episode on a cliffhanger that isolates Eleanor from the friends who made her better, but aware that there’s more going on than what meets the eye.

Michael was unsuccessful in his attempt to create a sustainable self-torturing scenario, but “The Good Place” has proven it has legs — maybe not enough for a thousand seasons, but certainly at least one more.