Jessica Goldberg's cult drama tackles the business of religion without losing its heart in a follow-up season with an eye to expansion. 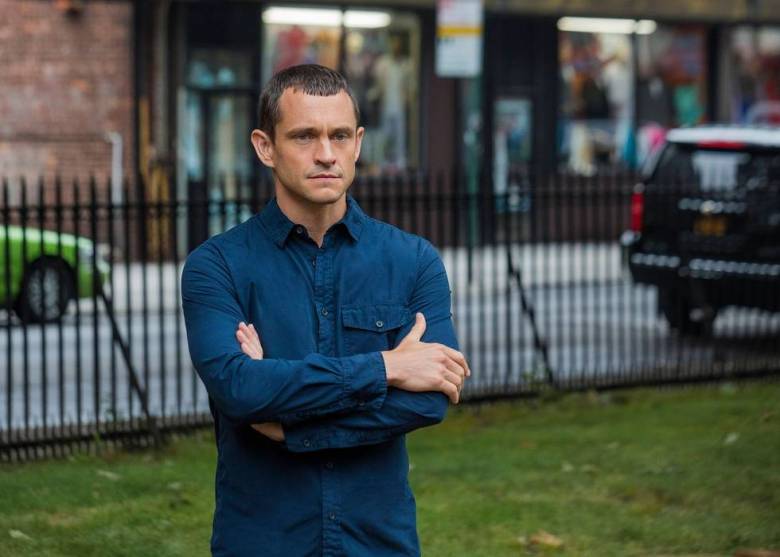 For anyone who’s been introduced to the world of cults through “Going Clear” (Lawrence Wright’s book or Alex Gibney’s documentary inspired by it), “Leah Remini: Scientology and the Aftermath” or other, less celebrity-focused “movements,” the second season of “The Path” should serve as an ideal next step in learning how to think about the dangerous, addictive, and often completely legal faith organizations. Parallels to Scientology abound, especially when acquiring tax-exempt status drives the narrative.

But Season 2, like its stellar predecessor, isn’t trying to be a Scientology story. It’s not even primarily a cult story. Instead of aiming to recreate true events within its fictional world, Hulu’s compelling drama connects big bad cults and accepted religious institutions. Its subtle and direct threads carry immense power when tied together, making Season 2 neither a condemnation nor an endorsement of faith, but a call to see the light rather than remain willingly blinded by it.

That’s quite a challenge to take on, knowing how sensitive people can be about questioning their own beliefs. Similar to media consumption in general, many TV viewers look for affirmation in what they watch more than a provocation to think differently. Such ambition from series creator Jessica Goldberg deserves respect by itself, but limiting her praise to mere intentions would be a disservice to the great, human drama she’s built; one that’s matured and expanded in its second outing. Picking up shortly after the cliffhanger finale, “The Path” Season 2 deepens its dream-like (and dream-heavy) structure by incorporating a number of telling flashbacks throughout its 13 episodes (all of which were made available for review). In the premiere, these flashbacks focus on explaining how Eddie (Aaron Paul) ended up where he is and what happened when he [Editor’s note: Spoilers for Season 1 ahead.] discovered Steven Meyer, the leader of the Meyerist movement, awake in Peru, in accordance with Eddie’s inexplicable visions.

READ MORE: ‘The Young Pope’: How an HBO Drama Thrived After All Those Memes, and The Funniest Moments Yet

Surprisingly, events progress quite quickly in the first two episodes: Secrets are exposed and addressed within the course of a few hours that could’ve been extended over half a season (or more). Suck direct-to-action decisions are greatly satisfying in the moment and hugely productive in the long run. Without spoiling anything for eager viewers, you won’t have to wait long to see how Cal (Hugh Dancy) and Sarah (Michelle Monaghan) handle their new understanding of each other (Sarah doesn’t let Cal off the hook with easy explanations), but you will have to wait to appreciate the repercussions. Rather than run characters back and forth between objectives, “The Path” is comfortable letting big choices with serious consequences slowly eat away at each decision-maker.

The character arcs benefit from it greatly, even if some of the romantic connections feel ever so slightly forced to fit a larger plan. Passion played a major role in the first season, and the emotional connection to spirituality shared by the series’ primary trio delivers powerful results in Season 2. Each wrestle with individual crises of faith, with Eddie grappling with his decision to leave Meyerism, Cal staring blankly at what his quest for influence within the movement has made him to do, and Sarah seeing a life torn apart because of a practice she believes to be healing. But their passion for each other is a bit too convoluted to be hailed as equally complex. Cal, Eddie, and Sarah have always shared a somewhat indefinable attraction to one another, making it easy to push them from one another and pull them back together. While Season 2 relies on that raw attraction a little too strongly in the latter episodes, the larger scheme in mind allows for forgiveness by season’s end. Those thinking that Goldberg & Co. might try to provide a close-ended finale should the season ender also mark the series’ stopping point, well, stop thinking like that. “The Path” has plans beyond two seasons, and it’s set up incredibly well to continue dissecting the thin line between faithful and faithless for years to come.

READ MORE: ‘The Leftovers’: Season 3 Teaser Trailer Promises The End is Near, But Don’t Worry Baby

Season 2 works to lure the audience into understanding corruption, demands you accept its role in life, and promptly slaps you in the face for considering it. The lessons are harsh and delivered with greater conviction. Guided by strong performances all around, each character feels like they’re living on the edge of a revelation; constantly on the verge of self-discovery that will guide them through their current predicament. While the recurrence of a similar emotion could feel redundant to some viewers, it’s also specific to those who seek answers to the questions most don’t want to ask.

Accordingly, and perhaps more than any other attribute listed above, I remain amazed by how grounded the series remains. Not only is the upstate New York setting maximized to feel like Any Town U.S.A., but the cars, homes, clothing, and people — yes, the Meyerists, too — feel almost painfully commonplace. Venturing out into New York City, a shooting location that can be turned into any extreme a filmmaker desires, doesn’t hinder the feeling of familiarity; of identification; of understanding. Such aesthetic power reinforced by a human story make the instinctively unwanted connection between cults and commonly accepted faiths tenable.

How that sits with viewers looking for a peephole into a weird world disconnected from their own only adds to the series’ significance. Plenty of satisfying twists and turns await those seeking escapism, but this movement offers more for anyone willing to look. Climb the ladder. Find the light. Knowledge is power, now more than ever.

“The Path” Season 2 premieres today, January 25, with new episodes every Wednesday on Hulu.

This Article is related to: Television and tagged Aaron Paul, Hulu, The Path, TV Reviews