Hulu's engrossing cult drama ended on a few major cliffhangers. Here's a reminder of what happened in Season 1, plus a few predictions as to what's coming in Season 2. 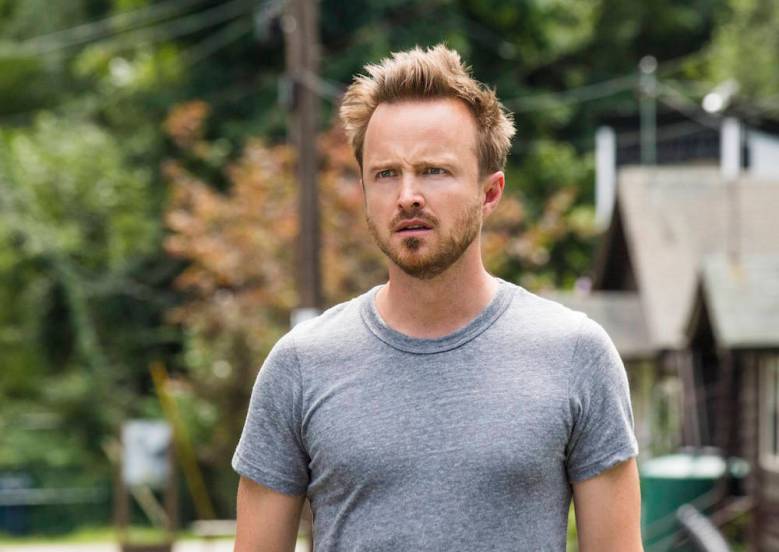 Where We Left Off: Eddie left the church after a series of disconcerting events — including visions of a giant snake — that forced him to question his faith. He separated from his wife, Sarah, because of his crisis of faith, as she could not remain married to a “denier” (someone who was part of the movement and left) under the rules of Meyerism. On advice from Richard (Clark Middleton), Eddie returned to Peru in search of explanations for his wild visions. There, he found the hospital where Meyerist founder Steven Meyer was incapacitated…but now he’s awake!

Prediction No. 1: Steve won’t give Eddie the answers he wants. Eddie arrived in Peru looking for proof that Meyerism was nothing but an ever-expanding lie, and finding Steve — awake, nonetheless — could provide him that very opportunity. But, even without meeting Steve, it seems unlikely he would turn into a denier himself. Perhaps Eddie thinks the founder of the movement will prove so crazy, so mind-bogglingly nonsensical, that he’ll serve as all the evidence Eddie needs to abandon his former faith for good. Still, considering “The Path” has never been focused on providing easy answers, we’re guessing that won’t happen.

Prediction No. 2: Eddie’s visions will bring him back to the movement. When forced to choose between his faith and his family, Eddie chose his faith. His distrust had grown too deep, and he wasn’t willing to lie to the woman he loved simply to stay in the house. Eventually, his suspicions would have come out. But now that’s he’s spent time outside of the movement, Eddie is still haunted by inexplicable phenomena. He’ll need answers, and — with his family still waiting for him — he might turn to a familiar source to find them. Where We Left Off: After forcing Eddie out of her house (despite still being in love with him), Sarah had to deal with a slew of new issues related to the movement. First, she unveiled the final three rungs of the ladder with Cal, only to later discover (after breaking into his office) that he wrote the rungs himself, rather than receiving them from their leader, Steve, as Cal reported. Still, even when Cal admits Steve is dying of cancer and she discovers his hidden stash of liquor, she agrees to be a co-guardian of the light with him.

Prediction No. 1: Sarah will take solo control of the movement. She has to, right? Considering everything going on with Cal and how suspicious his new co-guardian of the light is of him, Sarah’s top priority should be protecting Meyerism. To do this, she will need to keep Cal on a tight leash. If he breaks it, then she should break him…with what she already knows or anything new she discovers.

Prediction No. 2: Sarah will not sleep with, date, or (gulp) marry Cal — ever. Yes, we’re fully invested in Sarah and Eddie as a couple, but we’re not ready to say they’ll get back together for good just yet. There’s a lot they both need to overcome, but Sarah should have seen enough from her other love interest. Cal may think he’s on the right track in his quest to steal Sarah away from her husband, but she knows better. She knows she can’t trust Cal anymore, and it’s hard to imagine a situation in which she’d start.

READ MORE: ‘The Path’: Nothing Stays Buried in New Key Art and Character Teases For a Twisted Season 2 Where We Left Off: Cal is in a bit of a pickle. Though he successfully convinced Sarah to share leadership duties with him — forming a de facto work marriage with the woman he loves — she’s more suspicious than ever and rightfully so. Cal killed Silas, and Sarah is not satisfied with his explanation for where Meyerism’s spiritual leader has been the past few weeks. Cal also had another one night stand with Mary (Emma Greenwall), who still went through with her marriage to Sean (Paul James). Given Cal and Mary’s on-again, off-again relationship, we’re guessing it’s not over, which spells bad news for Cal in his continued pursuit of Mary as well as his new leadership post in the movement.

Prediction No. 1: Cal is going to crash — hard. To use Meyerist terms, he’s climbed too high, too quickly on the ladder and now he’s due for a fall. Not only did he murder someone last season, but Cal betrayed the trust of his people by making up rungs to the ladder. He has to pay a price for his transgressions…right?

Prediction No. 2: Steve won’t be a problem. While someone will make Cal answer for his crimes — we’re looking at you, Sarah — we don’t expect Steve to stride into the Meyerist compound and start poking holes in Cal’s creations. For one, Steve and Cal seemed to have a pretty solid connection before the leader slipped into a coma. The idea he would immediately expose his favorite follower’s lies seems contradictory to their relationship. Also, we don’t know how healthy Steve actually is now that he’s awake — mentally or physically. Cal can contort situations and arguments to fit his telling of events, so, all in all, he’s got bigger issues to worry about than a weak leader who loves him returning home. Where We Left Off: Hawk is the best. His hair. His devotion. His teen angst. Hawk was a huge part of Season 1, as his relationship with Ashley (Amy Forsyth) provided keen insight into how the movement was perceived by the outside world — and vice versa. But it was Hawk’s loyalty to his girlfriend and his family that tore at our heart strings. That he couldn’t make both work spoke more toward his future than perhaps even his parents’ divorce, and how he chooses to move forward after a season of being pushed from one side to the other will be fascinating.

Prediction: Hawk will delve even deeper into the movement. OK, stay with us here: Hawk, heading into Season 2, is torn between two parents. His dad, who just led him on a spiritual walkabout, has left the church and thus the family. Hawk is none too pleased with the development, but his mother remains steadfast in her faith. Combine her unflappable faith (which Hawk might cling to in these trying times) with the fact he’s been raised under Meyerism his whole life, and Hawk seems more likely to stick with the familiar path than to choose a new one. How this will affect his relationship with Cal should prove interesting, especially if Eddie shares his visions with Hawk. (Confession: This prediction may have been fueled by the above photo from Season 2, but we stand by our reasoning.)

This Article is related to: Uncategorized and tagged Aaron Paul, Hulu, The Path