From Constance Wu and Samantha Bee to Viola Davis and Pamela Adlon, critics weigh in on the TV actresses setting an example for others to follow. 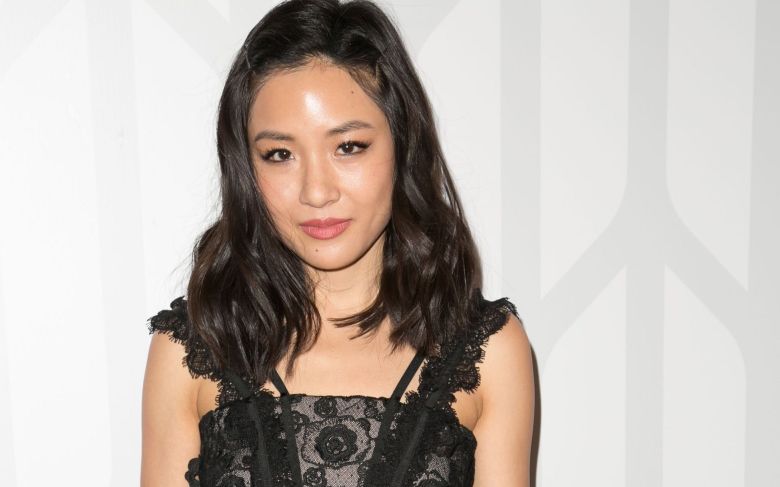 This week’s question: Which actress is blazing a trail for those who follow her? (Editor’s Note: This question was inspired by the recent loss of Mary Tyler Moore.)

The first person who came to mind for me is Constance Wu. She’s not only starring in the first successful* American sitcom focused on an Asian family (*apologies to Margaret Cho!) in “Fresh Off the Boat,” but she was an early standout and favorite for viewers because of her charm and comedic chops.

Yet Wu is also very vocal on social media, speaking out on behalf of causes that matter to her. Recently, she mentioned how she was being cautioned, for her career’s sake, about comments regarding Casey Affleck’s Golden Globe win in the wake of sexual harassment allegations. Wu isn’t someone who normally could take those kind of career risks — she’s young and she’s not white. But her response was, “F my career then, I’m a woman & human first. That’s what my craft is built on.”

Whether you agree with Wu’s stance on Affleck or not, the point regardless is that she is not staying quiet. And in this PR-obsessed climate, that is not only courageous but worthy of respect.

READ MORE: How Do You Create a TV Industry That Supports Women Directors? You Try

Rachel Bloom’s rise from clever YouTube videos to Golden Globe-winning actress has been truly delightful to see, and while it’s hard to say exactly what impact “Crazy Ex-Girlfriend” will have on television over the next decades, her story proves inspiring. “Crazy Ex-Girlfriend,” of course, owes a lot to the work of writer Aline Brosh McKenna, but the show feels very much like something that could only come from Bloom’s work. In many ways, her story is a self-made one, rooted in her finding a special niche (clever, bawdy and nerdy pop tunes with a feminist bent) and crafting a brand around it. It’s a path to success that wouldn’t work for everyone, but it has evolved nicely for her, and ensured that a smart, unique voice could get a global platform. I can’t help but think of Viola Davis right now. Not only is she a force to be reckoned with on “How to Get Away with Murder”—her fearlessness and willingness to appear so raw and unglamorous at times is astounding—she’s also racking up the awards and roles on the big screen lately. That a woman of a certain age and color can work in both mediums and wow in such varied roles is something not just other actresses coming up in the industry need to see, it’s also what writers, producers and directors need to recognize and respect, as well.

There are so many great potential answers to this question, women who are writers, producers, directors and stars including Issa Rae, Rashida Jones, Michaela Coel, Tina Fey, Sharon Horgan, Abbi Jacobson and Ilana Glazer and the remarkable Phoebe Waller-Bridge. And everybody is going to say Samantha Bee and she’s a great answer, as are folks like Carol Burnett and Lily Tomlin who are, were and will be trailblazers and inspirations for all. I’m not going with a deep cut either, mind you. Pamela Adlon forged a successful career as a character actress and voice-over star, but then in her 40s she “suddenly” — nothing in Hollywood is ever “sudden — gets to write and produce and then at 50, she writes, produces, directs and stars in “Better Things,” a show of wit, wisdom and maturity and she presumably couldn’t have created 25 years ago. So… Pamela Adlon is my answer.

In honor of Monday’s alternative White House Correspondents’ Dinner news, I have to go with Samantha Bee. It’s tragic to think that we didn’t have her vital, fiery voice in its full glory until last year, but in times like these, it’s reassuring to watch her smash the patriarchy, one hilarious, poetic, scathing takedown at a time. I choose Mindy Kaling as the true modern day trailblazer in this TV medium. Both she and Lena Dunham buck any traditional Hollywood-seal of approval beauty norms and are comfortable in their own skin, unapologetically. I think I was a fan of Mindy Kaling’s long before Lena was truly on my radar. Mindy’s work in 2003 (the play Matt and Ben) to her nearly decade-long run as “The Office’s” Kelly Kapoor; a best-selling book and her starring TV vehicle “The Mindy Project” kind of make her the trailblazer for me. But let’s face it, they all owe the recently departed Mary Tyler Moore, the late Lucille Ball, Carol Burnett and Valerie Harper a big tip of the hat for really paving the way for women in comedic roles on TV who took their careers past just reading a script.

I know she’s fallen out of fashion, lo these recent years, but Lena Dunham still deserves a ton of credit in my book for the way she turned “Girls” into something worth discussing, arguing over, and fuming about. It never quite reached the heights of its first season again (though Seasons 4 and 5 have come close, believe it or not), but both her idiosyncratic vision and her level of creative control over the production were genuinely pioneering. Dunham herself seems to rub people the wrong way as often as she gains fans, but her TV show remains one of the medium’s very best — not easy to do over six seasons. I’m excited to see what happens with whatever she does next, especially as she retreats a bit from the public eye, as she naturally will once “Girls” ends.

In a nod to her cross-generational appeal, I’ve got to go with Julia Louis-Dreyfus. While she rose to prominence in the ’90s, her performance as Elaine Benes has stood the test of time already, and shows no signs of fading from relevancy anytime soon. More to the question, neither does Louis-Dreyfus. One of the few to break “The ‘Seinfeld’ Curse,” the immeasurably talented, whip-smart, and endlessly likable actor has flexed her comedic talents on everything from broadcast (“The New Adventures of Old Christine,” “Arrested Development”), to premium cable (“Veep,” “Curb Your Enthusiasm”), to carrying one-of-a-kind feature films (“Enough Said”).

Further still, Louis-Dreyfus has used her celebrity for good, both by seeking out important cameos (“30 Rock,” “Inside Amy Schumer”) and using her (deservedly) endless string of award acceptance speeches to inspire audiences everywhere (as evidenced by her latest victory at the SAGs last weekend). She’s as active speaking to fans on Twitter and Instagram as she is out in the world (OK, even more so for the latter), and a higher bar could not be set for artistic merit. Yes, it may be a bit strange to imagine the face of Selina Meyer as a leader of women, but she’s exactly who I want out in front.