The Kate Beckinsale-starring action film is now in theaters. 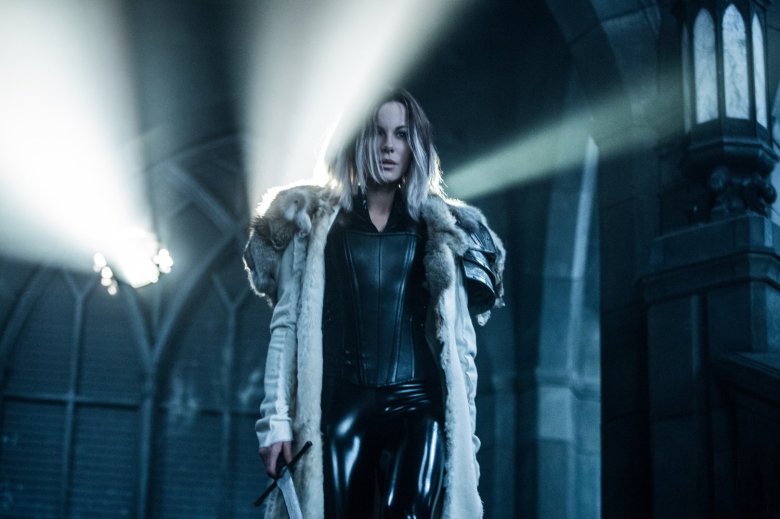 Kate Beckinsale returns as the “Vampire Death Dealer” Selene in “Underworld: Blood Wars,” the fifth installment in the action-horror franchise. While hardcore fans of the supernatural series may find delight in the new movie, critics aren’t so thrilled with it.

“[The film] should satisfy fans of the ‘Underworld’ movies just enough to live up to the previous films’ success … and to guarantee that Beckinsale, if she so chooses, can ride out this saga some more.”

The Hollywood Reporter‘s Frank Scheck’s bottom line was, “This anemic franchise desperately needs a transfusion,” adding in his review:

“Strictly for rabid fans, ‘Underworld: Blood Wars’ is a generic, by-the-numbers genre exercise that, for all its talk of blood, is strictly anemic. It’s particularly depressing to see Kate Beckinsale once again don her tight black spandex outfit after displaying her versatility and comic skills in ‘Love & Friendship.’”

The Rolling Stone’s Peter Travers thinks the franchise needs to be put out of its misery. Giving it half a star out of four, he writes:

“Like the four franchise fillers that preceded it, ‘Underworld: Blood Wars’ is undoubtedly impervious to bad reviews. What it needs is a stake through the heart.”

“‘Underworld: Blood Wars’ is as big, dumb and loud as one of its Lycan in wolf form, though it is no worse than the rest of the series. Half the script from Cory Goodman is endless expository dialogue explaining this film and its predecessors’ plots, and the rest is grunts and roars from supernatural creatures that are fighting.”

IGN’s Nathan Lawrence agrees, stating, “The fifth entry sucks the blood out of the franchise.”

“Now we’ve reached the fifth ‘Underworld’ in the series, however, it definitely feels ‘worse’ over ‘better’…Even as a guilty-pleasure ‘Underworld’ fan, I found the prologue at the start of ‘Underworld: Blood Wars’ as essential as it was confusing.”

Giving it one star out of four, Peter Sobczynski of Roger Ebert adds:

“‘Underworld: Blood Wars’ is even more of a drag than its predecessors, which I didn’t think was even possible. The storyline is an embarrassingly murky mess that takes something that could’ve been made into agreeably cheeseball fun and sucks all the fun out of it with a ridiculously self-serious approach and an ever-expanding mythology that has now become extremely confusing.”

The film is now in theaters.

This Article is related to: Film and tagged Kate Beckinsale, Review Roundup