The director of "Mother of George" returns with this imperfect but undeniably haunting showcase for the actress. 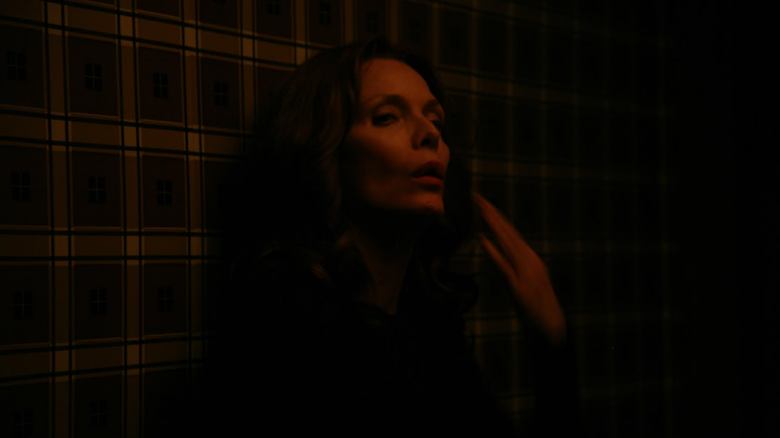 It’s been years since we’ve been treated to a great Michelle Pfeiffer performance, and “Where Is Kyra” finally gives her that platform. The tragic, understated character study from “Mother of George” director Andrew Dosunmu constructs a hypnotic portrait of despair out of Pfeiffer’s sullen expression; opposite Kiefer Sutherland as her romantic interest, Pfieffer anchors this shadowy New York mood piece about a despondent middle-aged woman wrestling to find a modicum of stability.

Dosunmu’s atmospheric approach, which derives much of its style from long takes and lengthier pauses, provides both actors with the most experimental cinematic challenge of their resumes to date, and they tackle the assignment with palpable depth. “Where Is Kyra” falls short of channeling their performances into a fully satisfying whole, but it nevertheless fuses the talent of an ambitious filmmaker with actors eager to operate on his wavelength. “Mother of George” and “Restless City” proved Dosunmu had a penchant for eloquent stories about marginalized lives, and “Where Is Kyra?” solidifies his calculated approach.

Nearly half an hour passes before the title card comes up, and Dosunmu uses the time to develop an introduction to Kyra’s life. Living in a cramped apartment with her ailing mother, Kyra’s a divorced and unemployed bookkeeper with little apparent purpose beyond the care she puts into keeping the dying woman comfortable. When she does die, Kyra’s left uncertain about her next moves, her loneliness compounded by pressing financial problems when she realizes she can’t access her late mother’s funds. Dosunmu gradually assembles these details while lingering in the sad, quiet moments that define Kyra’s existence: Her oddly vapid expression as she rides the subway to her mother’s house, and the seconds that drag by after she turns off her mother’s oxygen, go great lengths toward immersing us in the haunting rhythms of this world.

Dosunmu’s regular cinematographer Bradford Young (who has entered the big leagues since “Mother of George” with “Selma,” “Arrival” and an upcoming “Star Wars” film to his name) bathe most of the interior scenes in darkness, often to the point where the characters appear in silhouette, an effective means of evoking their fragile mindsets. That approach extends to Doug (Sutherland), the lonely alcoholic who picks up Kyra at a grungy bar and quickly becomes her only support system. But their courtship has an aura of desperation; when they first sleep together, Donsunmu lingers on the remarkable shot of her wrinkled arms dangling from the top of the bed and whittle away into the surrounding darkness.

Much of the movie finds Kyra wandering the streets in search of any job; when she realizes even minimum wage table gigs aren’t readily available, she winds up handing out flyers on the street. Her situation is slightly underdeveloped, but ultimately fuels a key decision that puts her in greater danger than she anticipated, as “Where Is Kyra?” pivots from a grim drama to suspense.

At its best, the movie captures the gritty feel of a New York movie that could have been made 40 years ago; individual scenes of Kyra wandering the crowded sidewalk wouldn’t look out of place in “Panic in Needle Park.” But Dosunmu show less interest in advancing Kyra’s story than hovering in her despair, twisting the knife deeper with relentless pressure. While her story is unfailingly gorgeous, the stiff aesthetic has a stultifying effect on the developing tension.

Nevertheless, the movie casts an unmistakable spell out of Pfeiffer’s ability to imbue Kyra with a profound sense of sorrow. The camera observes her face in extreme, unflattering closeups that uncover a patchwork of regrets, help to explain the self-destructive decisions she makes that lead to a thrilling confrontation in the movie’s climax. “Where Is Kyra?” ends as it begins, on Pfeiffer’s face, this time bathed in bright colors that suggest she’s at once awake to the world and trapped by it.

“Where Is Kyra?” premiered at the 2017 Sundance Film Festival. It is currently seeking distribution.

This Article is related to: Film and tagged Michelle Pfeiffer, Reviews, Sundance 2017, Where Is Kyra?