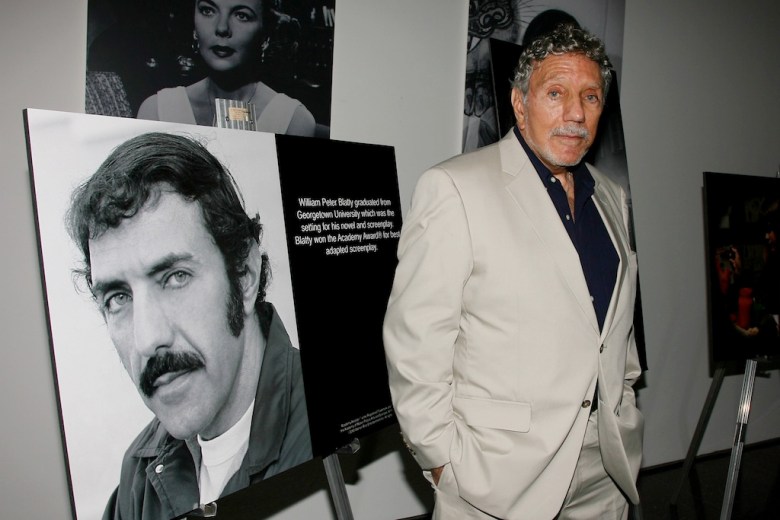 William Peter Blatty, author of “The Exorcist,” died last night at the age of 89, according to close friend and “Exorcist” director William Friedkin.

Blatty first rose to prominence with his 1971 novel “The Exorcist,” about the demonic possession of a 12-year-old girl and the two priests who attempt to exorcise the demon. He later adapted the book into the script for the 1973 film, directed by William Friedkin. “The Exorcist” was a huge critical and commercial success. It was nominated for ten Oscars, with Blatty winning an award for Best Adapted Screenplay.

Blatty began his writing career in earnest in the mid-1960s with a series of comic novels — “Which Way to Mecca, Jack?,” “John Goldfarb, Please Come Home,” “I, Billy Shakespeare,” etc. — but his first foray into film was his collaboration with director Blake Edwards. His first major screenplay credit was for the second “Pink Panther” film “A Shot in the Dark.” He also wrote the screenplays for three more Edwards’ films: “What Did You Do in the War, Daddy?”, “Gunn,” and “Darling Lili.”

READ MORE: ‘The Exorcist’ Review: Fox Hopes One Big Twist Will Compel You to Return in Slow-Burn Premiere (Spoilers)

In 1980, Blatty wrote and directed his first film “The Ninth Configuration,” based off his own novel about a commanding officer who attempts to rehabilitate patients at an insane asylum for Army soldiers by allowing them to live out their fantasies. Three years laters, Blatty wrote a sequel to “The Exorcist” entitled “Legion,” which later became the source material for the 1990 film “The Exorcist III,” adapted and directed by Blatty himself.

“The Exorcist” was adapted into a TV series in 2016, starring  Alfonso Herrera, Ben Daniels and Geena Davis. It has yet to be renewed for a second season.

This Article is related to: Film and tagged The Exorcist, William Friedkin