Executive produced by Morgan Neville, this Netflix documentary series offers a "Chef's Table"-style look at the objects and structures you might have taken for granted. 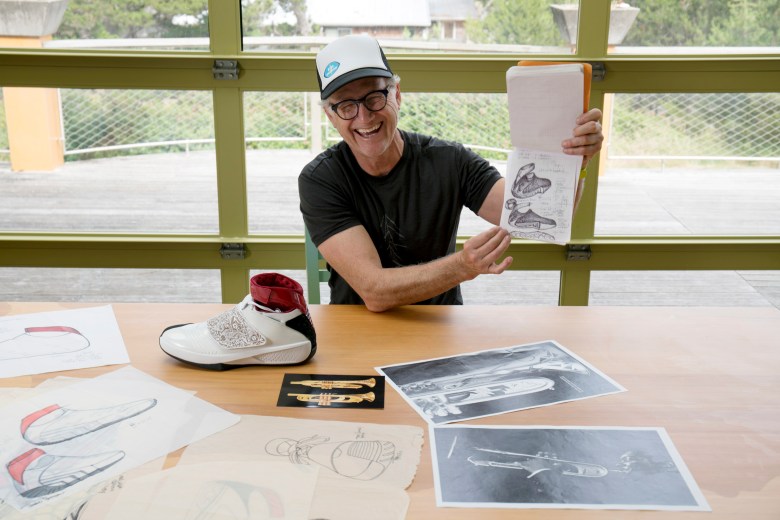 “Abstract: The Art of Design” is not necessarily a show we’d recommend for binge-viewing. The new Netflix series, streaming now following its Sundance 2017 premiere, is far from bad. Executive produced by Morgan Neville, the documentarians assembled to capture the spotlighted subjects have done a masterful job, by and large, of highlighting the unique sort of artistry at work here. However, episode by episode, every installment strikes such a similar tone and mood that to truly appreciate the difference in aethestics and disciplines on display, you’ll want to space them out.

You might also favor certain installments over others, whether it be because of subject matter or the execution itself. We reviewed the first two installments last month, finding it to be a fascinating approach to the importance of design we might otherwise take for granted. But now that we’ve been able to see all eight episodes produced by RadicalMedia, we have our favorites.

Below is our ranking of the episodes, from least to most impressive. This is not the order in which they are organized on Netflix, for the record, but by watching in this order you might find the experience more rewarding.

Asked what kind of genre he’d like his story to emulate, Danish architect Bjarke Ingels asks for “the documentary version of ‘Inception.'” Unfortunately, this episode isn’t quite as mind-bending as Christopher Nolan’s Best Picture nominee. Many shots of Ingels’ innovative designs are shown, and we do get to follow along as he tackles a massive design challenge (an opportunity he compares to what it’s like for a comedian to host “SNL”). His designs are truly innovative and eye-catching, but Neville takes a much more presentational approach here than he does with other episodes.

E. Chai Vasarhelyi (who directed 2015’s “Meru”) tells the story of Ralph Gilles as he works to design a concept car for Chrysler. There are some intriguing moments, especially as Gilles and his team dig into design ideas inspired by interior decoration. And the way in which Gilles anthropomorphizes the cars he works on, right down to their expressions (cars can have “a happy face” or “a mask”), is charming to behold. But it leans a bit too hard on the innate appeal of cars to fully communicate what makes Gilles’ work so innovative. And talking head segments with car nut Jay Leno don’t have the impact of a more respected expert.

There’s good insight to be had as interior decorator Ilse Crawford walks us through what goes into creating a space which is both beautiful and comfortable, such as the observation that we best understand one texture when it is presented in contrast with another: “Rough feels rougher in contrast with smooth,” she says at one point. And as we see how her work has evolved from simply appointing interiors to crafting the products which furnish them, as well as exploring both highbrow and lowbrow projects (like redesigning the IKEA cafeteria), the depth of her skills becomes clear. But here’s the sad truth: In comparison to some of the other episodes, pictures of chairs and tables simply aren’t as dynamic as some of the other design projects featured.

If you’ve ever wondered why sneakerheads line up for hours on the street waiting to buy limited-edition kicks, Brian Oakes’ portrait of Nike designer Tinker Hatfield should offer a little insight. There are nuances to the art of designing sneakers, and finding innovation within an art form that’s existed for thousands of years is an impressive feat. Plus, Michael Jordan shows up(!), and the history of the Air Jordan proves to be legitimately interesting.

Brian Oakes’ portrait of Es (short for Esmerelda) Devlin keeps things relatively simple, but that turns out to be the smartest of moves, because Devlin’s stagecraft is dazzling enough to take over the screen. A designer who’s designed sets for everyone from Harold Pinter to Beyonce, Devlin’s works are captivating, and she’s also an engaging screen presence, happily bringing the camera into her creative process. This falls into the category of “you wouldn’t expect it to be fascinating, except it totally is.” This is, in part, because Paula proves herself to be a total badass, a pioneer in the realm of graphic design and typography whose work you’ve been appreciating for decades without even knowing it. But also director Richard Press takes full advantage of her bold designs, splashing them across the screen in a tribute worthy of their eye-catching power.

Your first impression might be that a man who shoots portraits wouldn’t be the most impressive person profiled in this series, but the life story of Platon — who’s taken photos of perhaps every major political and cultural figure of the last few decades — proves to be a fascinating one. When Press lays out the true power of Platon’s photography, and the real impact it’s had on world events, it’s hard not to experience genuine awe at what the man has accomplished with a camera and his deep empathy for others.

The second of the two episodes to premiere at Sundance — and brilliantly assembled by Morgan Neville — Christoph Niemann’s distinctive art comes to life not just through his many interactive projects, but also through animation and other inventive means. There’s also just enough fourth-wall breaking to capture Niemann’s unique spirit, which comes out so eloquently. Niemann isn’t entirely comfortable in front of a camera, which makes Neville’s ability to draw out his more vulnerable self all the more impressive.

“Abstract: The Art of Design” Season 1 is now streaming on Netflix.

This Article is related to: Television and tagged Morgan Neville, TV Reviews