The filmmaker's latest feature is debuting in competition at the festival. 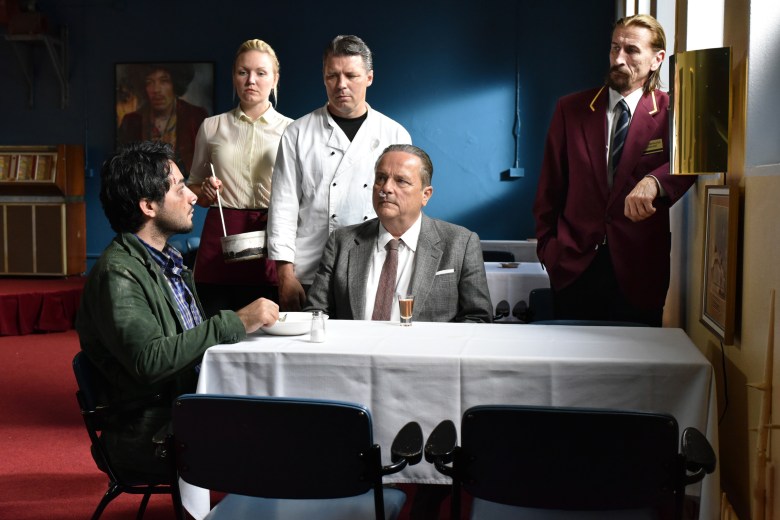 Starting today at 5:00AM ET/2:00AM PT, you can watch a live stream of the Berlinale press conference featuring the cast and crew of “The Other Side of Hope.” Filmmaker Aki Kaurismäki is expected to attend the conference, as well as various cast members.

The filmmaker’s latest feature is debuting in competition at the festival.

Per the film’s official synopsis, “This film tells two stories that converge after forty minutes. The first of these features Khaled, a Syrian refugee. A stowaway on a coal freighter, he ends up in Helsinki where he applies for asylum without much hope of success. Wikström, the second main character, is a travelling salesman peddling ties and men’s shirts. Turning his back on his trade, he instead decides to put his poker face to good use at a gambling table and subsequently buys himself a restaurant in the remotest corner of Helsinki. When the authorities turn down Khaled’s application, he decides to remain in the country illegally, like so many other people who share his fate. Going underground in the Finnish capital, he lives on the streets and encounters all kinds of racism, but also some cool rock ’n’ rollers and genuine friendship. One day Wikström discovers Khaled sleeping in the dark backyard behind his restaurant. He provides him with a bed and a job. For a while, these two band together with the restaurant’s waitress, the chef and his dog to form a utopian union – one of Aki Kaurismäki’s typical communities bound together by fate which demonstrates that the world could and should be a better place.”

You can find the full list of live stream options for the run of the festival right here, and check out the live stream for today’s press conference below.

This Article is related to: Film and tagged Aki Kaurismaki, Berlin International Film Festival, Berlinale 2017, The Other Side Of Hope