The filmmaker and activists says that the US needs to manage their security without writing off citizens of entire countries. 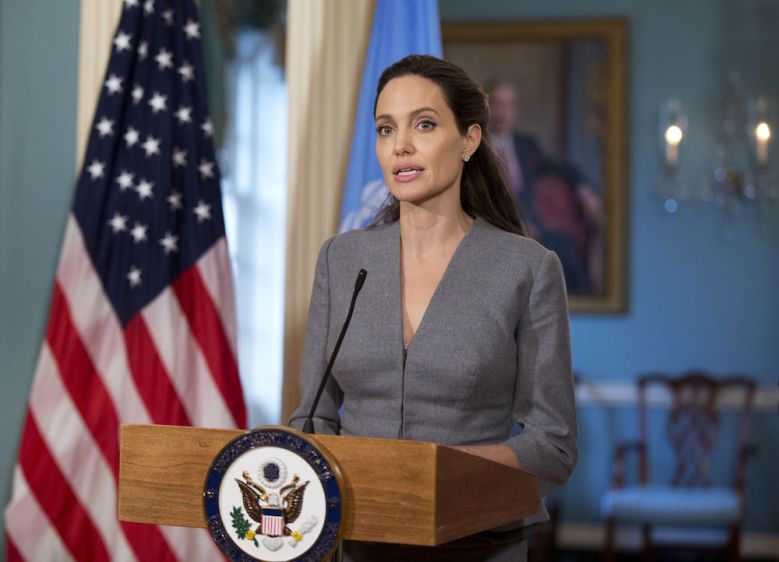 Angelina Jolie is speaking out against Donald Trump’s recent immigration ban, which temporarily denies US entry to people from seven primarily Muslim countries.

In an op-ed titled “Refugee Policy Should Be Based on Facts, Not Fear,” written for the New York Times, the filmmaker and activists, who was appointed special envoy of the United Nations High Commissioner for Refugees in 2012, takes aim at the President’s travel ban.

“Refugees are men, women and children caught in the fury of war, or the cross hairs of persecution. Far from being terrorists, they are often the victims of terrorism themselves,” Jolie’s piece begins.

She continues by writing that she is “proud of our country’s history of giving shelter to the most vulnerable people,” and as a “mother of six children, who were all born in foreign lands and are proud American citizens, I very much want our country to be safe for them, and all our nation’s children.”

Adding that the US needs to manage their security without writing off citizens of entire countries, she implores that all refugees deserve the safety, shelter and a fresh start that countries like ours offer.

“If we send a message that it is acceptable to close the door to refugees, or to discriminate among them on the basis of religion, we are playing with fire,” the actress states. “We are lighting a fuse that will burn across continents, inviting the very instability we seek to protect ourselves against.”

Citing Ronald Reagan’s words, “America is committed to the world because so much of the world is inside America,” Jolie explains how we all want to keep our country safe but we should do it based on facts, not fear.

“Shutting our door to refugees or discriminating among them is not our way, and does not make us safer. Acting out of fear is not our way. Targeting the weakest does not show strength,” she adds. “We have to make common cause with people of all faiths and backgrounds fighting the same threat and seeking the same security. This is where I would hope any president of our great nation would lead on behalf of all Americans.”

This Article is related to: Film and tagged Angelina Jolie, Donald Trump