This year's event was billed as a tribute to Hollywood classics - the evening's honorees showed how much that influence is still felt today. 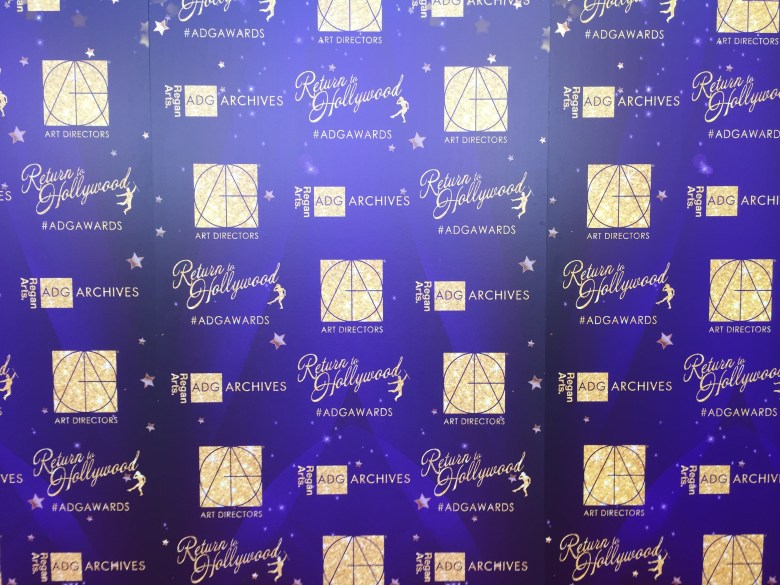 The 21st Annual Art Directors Guild Excellence in Production Design Awards ceremony was billed as a “Return to Hollywood.” Backdrops from classic films dotted the interior of the Ray Dolby Ballroom lobby. Johnny Crawford and his Orchestra kicked off the evening’s festivities with “Hooray for Hollywood.” Even a handful of the evening’s big winners were films that fit the theme perfectly.

As expected, “La La Land” continued its storybook run through awards season, with David Wasco’s team winning for Contemporary Film. In an upset, Wynn Thomas and the team from “Hidden Figures” took home honors in Period Film, despite “Hail, Caesar!” being the only of the category’s nominees to also pick up a nom for Oscars night. “It’s been a long journey to this moment,” said Thomas, who described being nominated at the very first Art Directors Guild award for “Mars Attacks!” “I’m so proud to have been a part of what’s a really great story that needed to be told.”

READ MORE: Why ‘Hidden Figures’ Is the Inspiring Awards Season Contender We Need Now — Consider This

This year’s Fantasy Film prize was more difficult to predict, with divergent styles among the predominantly sci-fi fare and multiple Oscar nominees in the category. Nevertheless, Guy Hendrix Dyas and “Passengers” took home the award (in addition to being the most vocal group of the evening). “I live and die by these projects,” Dyas said. “We get to be the most creative we can be in our field.”

This year’s recipient of the guild’s Cinematic Imagery Award was “The Iron Giant” and “Mission Impossible: Ghost Protocol” director Brad Bird. Before the ceremony, Bird expressed his appreciation to the guild for acknowledging that achievements in animation and live action films are both worthy of recognition. Bird explained, “The thought process about how to get people to care about these worlds is the same, really.”

In his acceptance speech, Bird referenced some of the foundational influences on his work, including that of Ken Adam (“Dr. Strangelove”), John Box (“Lawrence of Arabia”) and Ken Anderson (“101 Dalmatians”).

Bird’s next film, “The Incredibles 2” finds him returning to a world for the first time in his career. “At the end of a film, you leave knowing how to make that film,” Bird told IndieWire, explaining that this upcoming sequel has a different story that brings with it different challenges. On the production design side, he’ll have help from longtime collaborator Ralph Eggleston. “He helped us a lot on ‘Incredibles’ and he worked on the first film I ever did, ‘Family Dog,’ so it’s really a great pleasure to have him,” Bird said. “I think you’re going to be pretty astounded by what he does.”

In between awards, the evening also made room for some choice laughs, starting at the top with host Patton Oswalt’s barbs directed at the White House (“For the fashion police, I’m wearing Nordstrom’s, head to toe”). Before presenting a pair of awards alongside her “The Last Man on Earth” co-star Will Forte, Kristen Schaal later said to the gathered crowd, “Thank you for creating the scenery I’ve been chewing my whole career.” Last year’s award winners on the film side included “The Revenant,” “The Martian” and the eventual Oscar winner for Best Production Design, “Mad Max: Fury Road.”

HALF HOUR SINGLE-CAMERA SERIES
“Mozart in the Jungle”: “Now I Will Sing”
Production Designer: Tommaso Ortino