All of them have high-profile projects in development. 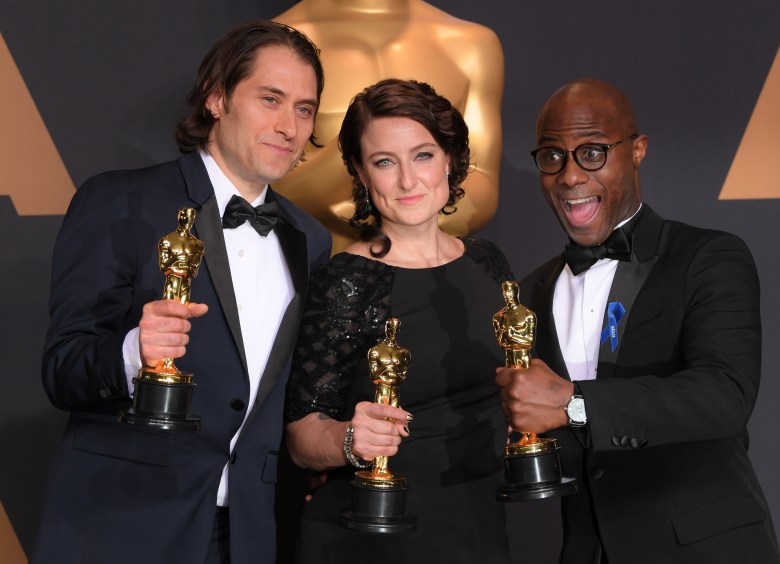 Though many won’t be done obsessing over exactly what happened last night for quite some time, life must go on after the Academy Awards. That applies to the winners as much as anyone else, of course, and all of the big prizewinners have high-profile projects in the works. See below for a look at what they’re up to.

Adele Romanski (Best Picture, “Moonlight”): Romanski, whose previous credits as producer include last year’s “Morris from America” and “Kicks,” will collaborate with “The Myth of the American Sleepover” writer/director David Robert Mitchell once again on “Under the Silver Lake,” his follow-up to “It Follows.” Damien Chazelle (Best Director, “La La Land”): After becoming the youngest Best Director winner in Oscar history, the 32-year-old is set to helm “First Man.” A biopic following Neil Armstrong between 1961 and 1969, the adaptation of James Hansen’s biography “First Man: A Life of Neil A. Armstrong” will reunite Chazelle with Ryan Gosling. Casey Affleck (Best Actor, “Manchester by the Sea”): Affleck’s newest project, “A Ghost Story,” just premiered at Sundance. Virtually nothing about the film was known before it was announced as part of the Park City lineup, but the upcoming A24 release — which reteams Affleck with leading lady Rooney Mara and writer/director David Lowery four years after “Ain’t Them Bodies Saints” likewise debuted at Sundance — emerged as one of the most acclaimed selections of the festival. He’s also writing, directing and starring in “Light of My Life,” his first behind-the-camera undertaking since “I’m Still Here.” Emma Stone (Best Actress, “La La Land”): The newly minted prizewinner has a whole host of forthcoming projects: “Battle of the Sexes,” which co-stars Steve Carell in a dramatization of the famous 1973 tennis match pitting Billie Jean King against Bobby Riggs; Cary Fukanaga’s Netflix series “Maniac,” which reunites her with her “Superbad” co-star Jonah Hill; “Love May Fail,” an adaptation of the novel by Matthew Quick; and a “One Hundred and One Dalmatians” spinoff in which she stars as Cruella de Vil. Mahershala Ali (Best Supporting Actor, “Moonlight”): Ali has been hugely busy of late, with roles in four films and Netflix’s “Luke Cage” just last year, and looks set to maintain a similar schedule moving forward. His latest, “Roxanne Roxanne,” just premiered at Sundance, and he’ll appear in Robert Rodriguez’s sci-fi thriller “Alita: Battle of Angel” as well. Offscreen, he and his “Moonlight” co-stars have just been named the new face of Calvin Klein. Viola Davis (Best Supporting Actress, “Fences”): In addition to continuing her leading role on TV’s “How to Get Away with Murder,” Davis will star as Harriet Tubman in Kirk Ellis’ biopic. She’s also been cast in “Widows,” Steve McQueen’s follow-up to “12 Years a Slave.” Kenneth Lonergan (Best Original Screenplay, “Manchester by the Sea”): Lonergan is writing BBC’s miniseries adaptation of “Howards End,” which made its way to the silver screen 25 years ago as a Merchant Ivory production. This new take on E.M. Forster’s novel will consist of four episodes. Asghar Farhadi (Best Foreign-Language Film, “The Salesman”): The two-time Oscar winner, who did not attend last night’s ceremony in protest of Donald Trump’s immigration ban, is set to collaborate with Penélope Cruz and Javier Bardem on an as-yet untitled Spanish-language production. It’s been described to Variety as “a psychological thriller with a dash of Agatha Christie” whose script is “a real page-turner.” Ezra Edelman (Best Documentary, “O.J.: Made in America”): Edelman is following up his acclaimed longform doc with “The Ballad of Richard Jewell,” about the security guard who was accused of being a terrorist at the 1996 Olympic Games despite actually being a life-saving hero.