A somber and exquisitely sensitive story about three generations of women who risk bleeding out when one of them opens an old wound. 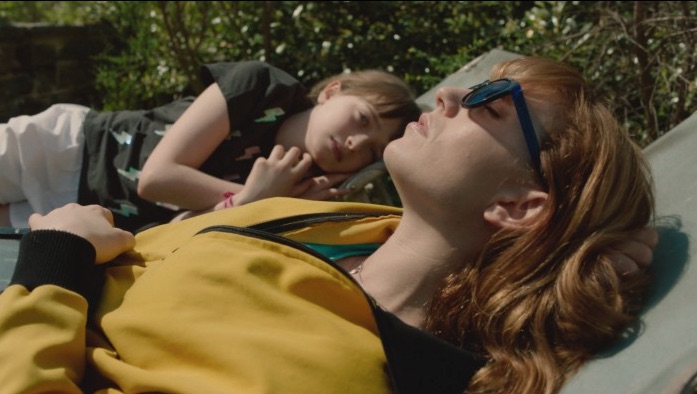 “There was her, there was me, and there was me beside myself. There were three of us.” That’s how Catherine (Lolita Chammah) describes what it was like to deal with a newborn daughter as a single parent in the deepest throes of depression. That’s all that she says on the subject, but it’s more than enough for us to understand why the woman — now in her early 30s — once felt the need to skip town and leave her baby with the child’s grandmother, Elisabeth (Isabelle Huppert, who happens to be Chammah’s mom in real life, as well).

But that was a long time ago, and Catherine has found some good pills to keep the darkness at bay. Now she’s returned to Luxembourg without any advance warning, finally ready to be a mother more than 10 years after she became one. If only it were so easy to pick up the pieces.

A far cry from her 2012 debut (a Harry Potter knockoff called “The Treasure Knights and the Secret of Melusina”), Laura Schroeder’s “Barrage” is a somber and exquisitely sensitive story about three generations of women who risk bleeding out when one of them opens an old wound. Shot in a boxy 4:3 aspect-ratio and with the dreamy naturalism of Mia Hansen–Løve (but lacking her narrative elegance), the film teases drama from the gaps in its family history, aligning our perspective with 10-year-old Alba (Themis Pauwels, who looks as much like Chammah as Chammah does Huppert) as she tries to make sense of her own strange childhood. Alba is being raised as a tennis player, just like her mother was. For whatever reason, the sport seems to be what Elisabeth uses to keep her girls in line, to graft a measure of discipline and structure to their relationship. Judging by the way in which young Alba admonishes herself for her shitty backhand (“You’re no pussy!”), that strategy might be working a little too well. Catherine hasn’t picked up a racket since she went off the deep end, and her swing doesn’t have quite the same form that it used to. An anxious, tightly coiled brooder who subsists on the unconditional love she gets from her dog, Charbon, Catherine simply walks back into her daughter’s life one grey afternoon. She’s an unwelcome sight, as Alba has grown quite comfortable spinning fanciful stories for her friends about how her absent mother is a famous singer who spends most of her time on tour. Catherine brokers reluctant permission to spend some time with her daughter, but a brief afternoon together turns into an indefinite reunion when Alba indirectly gets Charbon killed, and her mother uses the accident as emotional blackmail, coercing her estranged child into spending some unsupervised time with her at Elisabeth’s chalet in the woods.

Much of the film’s first half is tinged with an uneasy darkness, as it’s hard to gauge how stable Catherine might be, or if her reckless attempt at regaining custody over Alba could be construed as a kidnapping. But Schroeder punctures the ominous vibe with beautiful moments of raw tenderness, dwelling on the adorable paper bats that Catherine cuts for her daughter’s bedroom, and pausing to watch as a random woman at a roadside rest-stop gives the flailing mother a much-needed hug. “Barrage” settles deeper into that warmth when Catherine and Alba reach the chalet and begin to act less like mother and daughter than sisters trying to make the best of a bad vacation, wearing mismatched sweaters and dancing to hazy pop songs.

It’s nice to see them get along, but these matters are always messier than they appear, and Schroeder is careful to point out that Alba loves Elisabeth, authoritarian parenting style and all. The director has a novelist’s attention to nuance, and “Barrage” is at its best during the scenes in which Catherine and Alba are casually trying to redraw their boundaries. Both actresses are phenomenal, the rough and super-realistic texture of their lived-in dynamic binding the film together whenever it begins to fray at the seams (Huppert is obviously brilliant as well, but she only shows up to bookend the film, asserting her character’s resemblance to the others in order to reaffirm the believability of the bond between these women).

And it does fray from time to time, particularly when Schroeder loses confidence in the expressive power of her storytelling. A bizarre long-take dream sequence, deployed at a pivotal moment, conveys nothing but a lack of faith in the feelings generated by these characters when they’re conscious. More unfortunate still is the climactic sequence that follows, in which Schroeder writes herself into a corner and tries to wiggle out of it with a contrived finale that feels as though it’s been lifted from a much less interesting film.

These women deserve better — they always have. But they make the best of what’s around, picking at their scabs in the hopes of reducing their scars. “Barrage” doesn’t insist families can healthily reconfigure themselves by force alone, but Schroeder’s low-key film makes a compelling case that nothing is ever set in stone so long as people are willing to walk on the court and rally.

“Barrage” premiered in the Forum section of the 2017 Berlinale. It is currently seeking U.S. distribution.

This Article is related to: Film and tagged Berlinale 2017, Isabelle Huppert, Reviews