Rebecca Hall and Laura Linnery also star in this tense showdown from the director of "Rampart" and "Time Out of Mind." 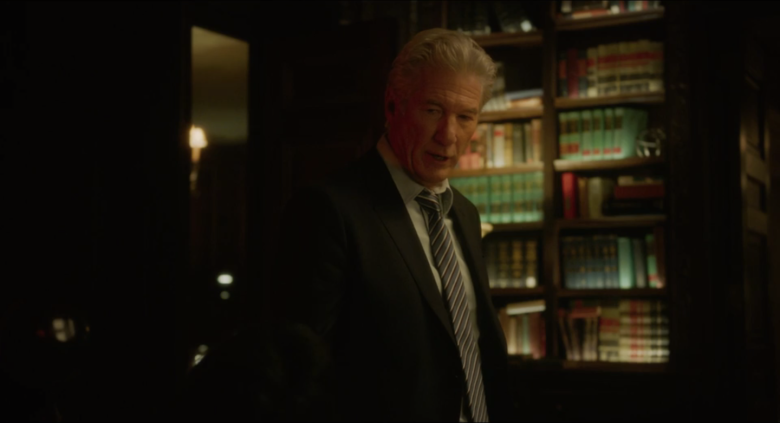 Oren Moverman is responsible for two of the most impressive American screenplays of the past 10 years, “I’m Not There.” and “Love & Mercy,” both of which turn ambitious approaches to personal stories into surprisingly accessible dramas. As a director, Moverman has shown a rougher edge.

His first two features, “The Messenger” and “Rampart,” were gritty, intimate stories of angry men screwed by the system that employs them (the military and the police force, respectively), while 2014’s “Time Out of Mind” took a similar approach to a man rejected by the system altogether (Richard Gere, playing a decrepit homeless man in New York). Moverman assembles these rickety dramas in piecemeal, gradually developing psychological tension out from the moments that form their lives, like a series of sparklers ignited one by one until they form a blazing whole.

His latest effort, “The Dinner,” is a firecracker from the start. While hobbled by blunt speechifying and a conceit that runs out of gas well into its bloated second act, Moverman’s adaptation of the bestseller by Herman Koch (with whom he shares a screenwriting credit) nevertheless delivers a savage tale of sibling rivalry that gives its talented cast plenty of dark material to dig through.

The dinner in question finds high-rolling congressman Stan (Gere) and his much-younger wife (Rebecca Hall) gathering with Stan’s estranged brother Paul (Steve Coogan) and Paul’s wife Claire (Laura Linney) for an important discussion, the details of which are explained over the course of the evening and bountiful flashbacks. At the risk of spoiling the slow reveal, the situation involves a crime committed by both couple’s teenage sons, and whether or not their parents should turn them in — potentially ruining the kids’ lives, in addition to Stan’s developing gubernatorial campaign. Once these pieces come together, “The Dinner” coalesces into an enticing morality play.

Unfortunately, flashbacks to the crime itself strain from dramatic overstatement and crude staging that distracts from the tense chamber drama of the dinner itself. When “The Dinner” settles into these scenes, leaving the precise nature of the conundrum shrouded in mystery, it has the menacing, darkly comedic quality of a Harold Pinter play. But more than anything else, it provides fertile turf for this cast of veterans to play around.

Gere settles naturally into the role of a slick politician, one who attempts to negotiate with his relatives as if they’re simply another line item on his political agenda. At the same time, his maintains an air of virtuosity — the inverse of the Madoff-like swindler he played in “Arbitrage” — that drives his brother, already a bit of a restless soul, to the brink of madness.

As Paul, Coogan looks up at Stan’s high horse and rolls his eyes many times over. The usually comedic actor is in fresh territory here, capably affecting an American accent and exuding anger from behind sunken eyes. A Civil War historian recovering from a nervous breakdown, Stan has spent his life resenting his brother’s accomplishments, to the point where it has precipitated his own meltdown. At the dinner, Paul becomes an amusing foil to Stan’s clear-eyed assessment of the situation, and his resentment of the palatial surroundings for their meal provide a continuing source of punchlines. “Can you taste the wars and famines?” he grumbles, when offered hors d’oeuvres with international flavors.

Over the course of the evening, he trades crass banter with the buttoned-up waiter (Michael Chernus), who delivers each dish to the table with a lengthy introduction in the few cases where Paul doesn’t cut him off. The movie’s structure unfolds in accordance with each new course delivered to the table, its arrival announced in fancy onscreen lettering and lavish closeups of the pricey food. The elaborate imagery is at odds with the simmering tension at the table. Moverman’s regular cinematographer Bobby Bukowski captures the affluent interiors in dark hues that underscore the elegance with a sinister foundation. Imagine Coogan’s food porn comedy “The Trip” directed by Ingmar Bergman and you’ll get the idea.

The dynamic between the brothers plays out so well that it comes at the cost of the female characters. Linney does her part to evince mounting desperation, but has little to do aside from express constant concern, while Hall mostly delivers stilted lines to support her husband’s assertions. (One exception arrives in a late confrontation, when she takes Stan aside to put some sense into him, and delivers some of the finest acting of her career to date.)

At its worst, “The Dinner” suffers from shrill overstatement that overplays the intense discomfort of its characters. Stan is a particularly one-note creation, his overzealousness containing no visible shades of grey. “I’m a warrior for the underclass,” he says. “I know how to ID an asshole in the making.”

Notably, the movie arrives on the heels of another recent dinner party drama, Miguel Arteta’s “Beatriz at Dinner,” in which Salma Hayek portrays a Mexican immigrant confronting a Trump-like figure. Both movies wrestle with ideas that speak to our current age of unsteady moral ground, risking obviousness but relishing the challenge every step of the way.

But “The Dinner” gets more contrived as it moves along, falling short of making the violent act of its center into a convincing scenario. Once the specific challenge has been established — whether or not they should turn their kids over to the authorities — the movie keeps barreling ahead, with another half hour of grandstanding that grows weary. (Lines like “the human thing to do is to leave wounds alone so they can heal” may have looked better on the page.)

However, Moverman’s filmmaking revels in uneven textures, and “The Dinner” continues to show his skill at burrowing inside the heads of disturbed characters, occupying their hangups. One particularly audacious flashback finds Paul visiting a Civil War memorial as an erratic montage conveys his inability to distinguish historical turmoil from his own mindset. Scenes like this speak to the way “The Dinner” plays out like a single, prolonged gamble: How long can these actors and their director keep churning through such unnerving material before it falls apart?

The answer is, not quite 120 minutes, but it’s still a provocative journey. Moverman’s discordant structure constantly veers from clumsy moments to fascinating exchanges. As an experiment, it never finds a complete shape, and ends on a frustratingly abrupt note. But “The Dinner” mostly works so long as it stays at the table, and the unresolvable source of anxiety in play suggests that on some level, the meal never ends.

“The Dinner” premiered at the 2017 Berlin International Film Festival. The Orchard will release it in the U.S. later this year.