Your first look at Netflix's most ambitious original film yet. (Did we mention it has a giant sword?!) 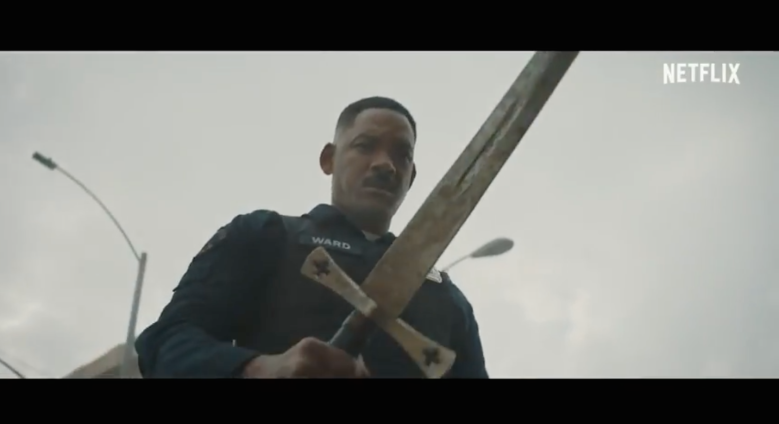 Netflix may not have had any feature films in contention this year, but they still managed to make a splash on Oscars night.

As “Suicide Squad,” the last collaboration between director David Ayer and star Will Smith, won an award tonight, Netflix dropped our first look at their next project. “Bright,” which is set for release later this year, tells the story of a police officer (Smith) who has to face a nefarious invading force…with a SWORD.

They said an “Alien Nation” reboot with sci-fi Tolkien overtones would never work, but this movie supposes: maybe it can? See for yourself below.

This Article is related to: Film and tagged Bright, David Ayer, Netflix, Will Smith