We certainly don't own her, but we had her for a night. 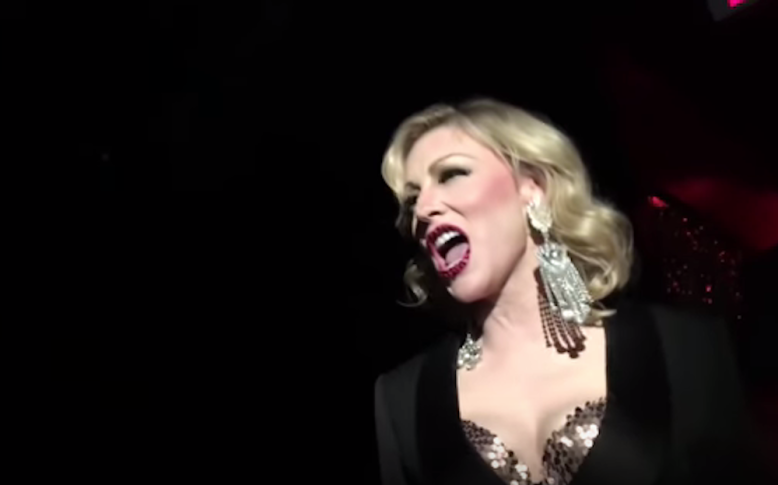 Oscars, be damned. When a drag queen introduces you with, “Chauncey, if we could close down the cans and just do a very tight, tight, spot for this young lady,” that’s how you know you’ve made it.

Though Cate Blanchett has long been beloved by queer audiences for her androgynous look and what she can do with an arched brow, her most recent performance really sealed the deal. The “Carol” actress proved herself worthy of the title “diva” Monday night in New York City, when she thrilled a small crowd at the legendary Stonewall Inn with a surprise performance of Lesley Gore’s “You Don’t Own Me.”

Sparkling earrings hanging dangerously low, sequined tight-pants raised deliciously high, Blanchett entered through a silver lame curtain, her porcelain hands placed defiantly on her tiny waist, popping against the black silk of her tuxedo waistcoat. Underneath, she donned a tasteful bustier of mauve sequins. She kept her blonde locks in a classy vintage curl, topped off with a deep magenta glittered lip.

In short, the look was to die for.

Never at risk of being upstaged, Blanchett invites the other performers to join her onstage for a final rousing chorus. The event raised money for Newtown Action Alliance, the nonprofit gun violence prevention group formed after the Sandy Hook massacre. Blanchett serves good politics on the side of all that realness.

This Article is related to: Film and tagged Cate Blanchett, Stonewall