Netflix’s most delectable series returns with six more stories to whet your appetite for artistic gastronomy. 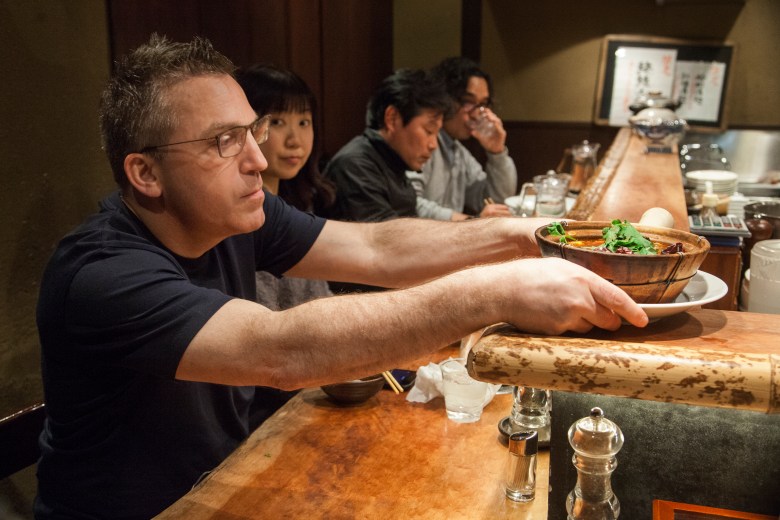 “Chef’s Table” returns this month with six more stories of global gastronomy, and we’ve got your first look.

Watch Netflix’s latest Season 3 trailer below and prepare yourself the show’s return on Friday, Feb. 17.

Among the subjects this time out: While bread enthusiast and James Beard Award winner Nancy Silverton might be known to some West Coasters, over on the East Coast, Ivan Orkin is the white Jewish guy who dared to study and master the art of the slurp by creating his own ramen dynasty in Tokyo and New York.

Down south to Peru, Chef Virgilio Martinez is doing things no one imagined, like using a potato grown at 5,000 meters above sea level or using more than 120 varieties of salt in his cooking. His Central Restaurante was named one of The World’s 50 Best Restaurants twice. Heading east, Tim Raue is a German chef who has a penchant for Asian cuisine after himself and has cooked for the likes of Barack Obama and Angela Merkel. The restaurant named after himself landed at No. 34 out of the Top 50 Best.

Even further east, the show finds Vladimir Mukhin, whose Moscow restaurant White Rabbit (also named one of The 50 Best) reinvents traditional Russian cuisine using modern techniques. Finally, in South Korea, viewers will encounter a chef who isn’t a chef at all. She’s a Zen Buddhist nun who cooks transcendent vegan cuisine at her monastery.

Get your first look at the official trailer for “Chef’s Table” Season 3 below: