Jason Jones and Samantha Bee's TBS series lovingly captures family life's private side — in all its disgusting glory — for hearty and heart-filled laughs. 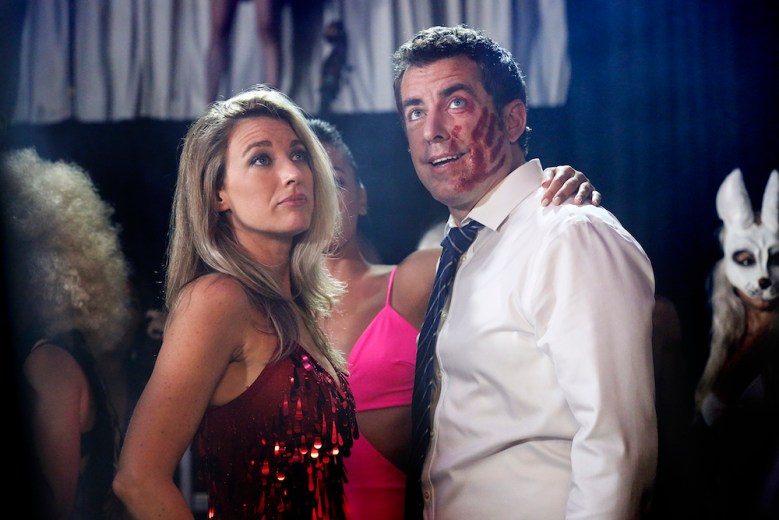 Even after Season 1, it was clear “The Detour” was a deceptive title. Though Nate Parker’s seemingly impulsive but truly diabolical decision to drive (rather than fly) the family from Syracuse, New York to Florida pushed the exceedingly wild story forward, the altered route wasn’t really the focus of a family comedy unraveling more mysteries than most soap operas. Week after week as the Parkers made their lengthy journey south, and new secrets were unveiled about Nate (Jason Jones), Robin (Natalie Zea), and their two kids, Delilah (Ashley Gerasimovich) and Jared (Liam Carroll).

But the titular detour wasn’t the road trip itself, nor was it what was uncovered because of it. “The Detour’s” larger purpose was to take us on a trip out of our comfort zone. The TBS original is built to deconstruct our understanding of family comedies and family dynamics in general. Doing so while also offering committed performances and excellent chemistry from its very funny cast, “The Detour” remains a fun ride in Season 2, but a compelling one, even when —and, in part, because — it’s tough to watch.

Each half-hour segment is delightfully TV-MA in content, but it’s not the sex or swearing that’s unsettling. It’s how Jones and co-creator Samantha Bee choose to illustrate the challenges and charms of parents and their progeny. They demand the audience rethink what matters in a marriage and a family; often by subjecting its stars to frighteningly disgusting acts, accidents, and general tomfoolery.

You’d never see Phil Dunphy get a liter of piss thrown in his face or preside over a pedophile’s wedding on “Modern Family,” and that’s very much the point: Family life isn’t as simple, pretty, or easy as traditional sitcoms make it out to be, even if it’s probably not as disturbing as what goes down in Season 2. “Our strength isn’t really in doing the right thing. It’s in surviving the wrong thing,” Nate tells his FBI investigator in Episode 6, and by then, boy have the Parkers survived a lot. The sentiment reflects the show’s attitude toward family values: loyalty counts — big time — as does perseverance, self-sufficiency, and trust. (That latter point gets pushed to the brink in Season 2.) Without spoiling the gag-inducing surprises packed into the first six episodes, Season 2 starts with a time jump, a move to New York, and settling down without becoming boring. Grounding the Parkers in one place does little to slow down the insane adventures thrust upon them.

READ MORE: Investigating ‘Big Little Lies’: ‘Somebody’s Dead,’ But Who Died and Who Did It?

A few such scenarios feel forced: Nate’s inability to parallel park — and lackadaisical approach to trying — had us siding with the other drivers, and a guest appearance by Marceline Hugot (“The Leftovers”) in Episode 3 isn’t enough to make up for the stretch it took for the Parkers to end up in her story. Some secrets are a bit too see-through in their illusory set-ups, but solid jokes and large lessons make up for most of these minor sleights.

Most arcs are also more natural. The premiere features a subtle riff on diversity, as Nate’s enthusiasm to be surrounded by culture in NYC quickly turns into a trap. A man of strong opinions, Nate relies on his good-hearted nature to carry him through dicey conversations, and that’s not always enough. His less cautious family isn’t much help either, and the discussions their verbal faux-pas bring up are awkwardly amusing and build to an impressive degree. The Parkers manage to alienate three minorities before the episode is up, and they were only in New York for the latter half. More significantly, Season 2 sees us shift away from Nate’s perspective and into Robin’s. The finale left us with the whopping revelation about a character we thought was the subject of lies instead of the perpetrator: Robin wasn’t who she claimed to be. Season 2 addresses this cliffhanger in due time, without rushing to explain things but not waiting so long that it feels like stalling. This is Robin’s season, just as Season 1 was Nate’s, and watching Mrs. Parker get a chance to tell her side of a new story is enticing for more than just Zea’s magnetic turn.

“The Detour” isn’t for everyone: A few gags cross lines I didn’t even know I had (watch out for a slo-mo shot in Episode 2), and balancing timelines can occasionally overwhelm a show capable of cruising along without the overarching mystery. But like any good road trip, a glint of insanity in the driver’s eye makes things all the more interesting. We may not be overly concerned with where they end up, but whatever Jones and Bee want to throw at this resilient group is fine by us. It’s only making them stronger.

This Article is related to: Television and tagged Jason Jones, TBS, The Detour