Britt Robertson stars as the future founder of the Nasty Gal fashion company. 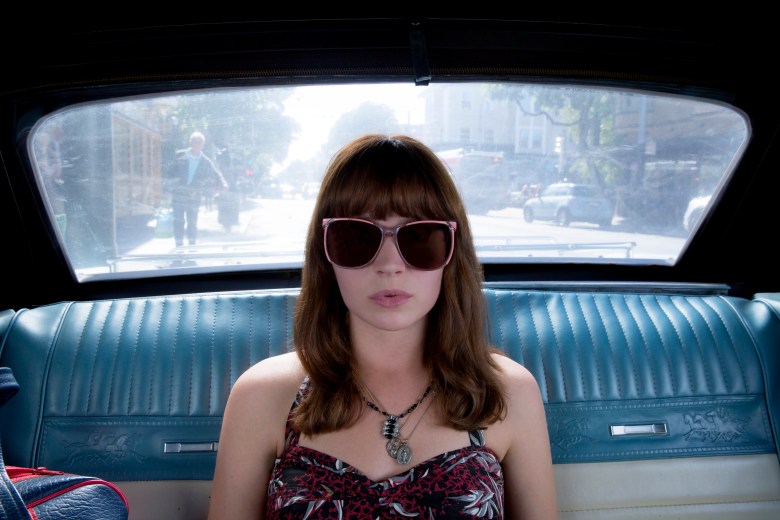 Nasty Gal fans, get ready. “Girlboss,” Netflix’s upcoming series adaptation of Sophia Amoruso’s autobiography, has a premiere date. The first season of the series will premiere on the streaming service April 21, 2017.

The series, shot in San Francisco, begins in 2006 with 23-year-old Sophia trying to get her life together — and not always succeeding. However, her fashion know-how might be what saves her, and transforms her into the titular girlboss. Created by Kay Cannon, the writer behind a capella favorite “Pitch Perfect,” the cast includes Johnny Simmons, Ellie Reed, Alphonso McAuley and “Breaking Bad” star Dean Norris in a recurring role.

During a panel presented by Netflix in New York, Cannon described her original experience pitching the show to broadcast networks, which didn’t go well: “I went 0-4, probably for a lot of reasons, but at the time there really wasn’t a large consideration for the young female demographic.”

But when it came time to pitch to Netflix, she got tipped off to include mention of that target demo in her pitch — because the streaming network was looking for that. And Cannon also found it valuable that Netflix supported the fact that the show’s lead is “arguably unlikeable and maybe an asshole.”

This Article is related to: Television and tagged #Girlboss, Netflix, Netflix NYC 2017