Season 6, Episode 1, "All I Ever Wanted," introduces a somewhat successful Hannah. 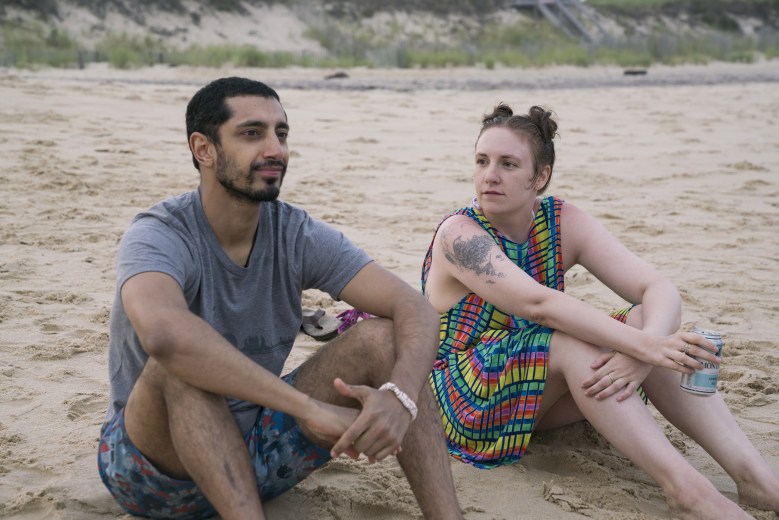 Love Her or Hate Her?

Love, love love. When we last left Hannah she was finally beginning to take responsibility for her own life rather than waiting for life to happen to her. The sixth season premiere continued that thread with Hannah’s Modern Love column making print. This is a character who spends a lot of time feeling sorry for herself, so it was positive to see her turn a terrible situation (her best friend dating her ex) into something positive. It was exactly the kind of momentum she needed to start figuring out her own life and stop lamenting all of the things she might eventually do. Of course this is Hannah we’re talking about, so she hit a snag in her new plan right away when she landed at surf camp on a new assignment, and let herself sink rather than swim by faking an injury and ditching class on the very first day.

One Step Forward, Two Steps Back

If the entire final season of this show took place in Montauk we might not complain. Not if it meant getting Riz Ahmed as Paul-Louis (one name, not two) as a series regular. His debut as Hannah’s surf instructor managed to show us yet another side of the actor, who has been in everything from “The Night Of” and “Rogue One” to “The OA” and “City of Tiny Lights” lately.

Ahmed’s portrayal of Paul-Louis was more than memorable, even if it does end up being a one-off. As the (potentially Buddhist?) laid back surf instructor, he helped Hannah realize that up until this point in her life she has defined herself by the things she hates rather than likes, and she’s in dire need of a little positive thinking. Unfortunately, even though it seemed like a major breakthrough at first, everything came crashing back down for Hannah when she jumped in without thinking. In her head that meant a move out to Montauk and the elimination of toxic people in her life. That plan was short-lived when she realized Paul-Louis is in an open relationship and wasn’t boyfriend material after all. They call it a vacation fling for a reason, Hannah. Learn and move on, pretty please. Something to Cringe About

We may be permanently off blue drinks and yogurt after this season opener. While we lost count of how many times Hannah slurped those slushies all over herself on the dance floor, we couldn’t possibly forget Jessa’s nude time on the couch with her probiotics.

Hannah spent a lot of time baring her lady bits in the supersized, 40-minute episode that Lena Dunham co-wrote and directed. That included letting some sunshine into her vagina a la Shailene Woodley to get a natural glow, letting her bottom half twist up on the dance floor, not wearing a bikini under her wetsuit (and then trying to change out of it in public), and exposing her “dope” pubic hair while in bed with Paul-Louis. In each situation Lena Dunham played the scenes for some hearty laughs. Yet it was Jessa who really bared it all by sitting on that couch for an uncomfortably long time when Ray came “home,” a power move that was clearly designed to get him back out of the apartment as quickly as possible. (And, as we’ve mentioned, put us all off of yogurt indefinitely.)

READ MORE: Lena Dunham on the ‘Amazing Flood of Female Energy’ That Made ‘Girls’ Possible

How Many Blue-Slushy Drinks to Forget About…

The fact that Marnie and Desi were actually married? At this point we all know Marnie likes to self-sabotage while trying to sound grown up about her flawless life choices. But do we really need to see those two together again? Anyone who isn’t #TeamRay at this point should feel free to disagree, but it’s painfully obvious that Ray needs to get over his little crush. Between Marnie kicking him out of the apartment, wanting him to live in a terrible situation (rather than with new bestie and ex-girlfriend Shoshanna), and now getting cheated on, Ray can do much, much better. Dude of the Week

This Week in Friendship

Interestingly, Marnie and Shoshanna’s brief interaction over coffee conglomerates was the only time any of the four leading ladies were together in this episode. That’s a storyline trend that’s continuing from last season, in which the ladies spent most of their time apart and focusing on themselves. It’s a move that emulates life, perhaps — as we grow older, we focus more on ourselves and our growing commitments, and find that we have less time to devote to our actual friendships. These ladies don’t exactly have a thousand commitments, but they do need to grow, and are perhaps better served doing that on their own. Plus in TV land, it allows for more story in any given episode.

Preparing For the End

We can begin to see that Hannah is ready for real change, but she’s also still completely influenced by the men in her life. With a successful piece of writing now on her resume, it’s worth noting that this character is doing more constructive things for herself than she was before, and may not be so quick to hit the self-destruct button in the coming weeks. Sure, she may have been willing to leave the city behind for some Buddhist way of thinking, but at least it was because she was feeling cleansed and spiritual. As Shoshanna proved in Japan last season, sometimes you need a complete change of scenery in order to figure out what it is you really want. Here’s hoping that’s Hannah’s newfound path, too.

Next week: Marnie continues looking for closure on her old life while Shoshanna and Elijah team up for a networking event.