Josh Gad is up to his old tricks again. 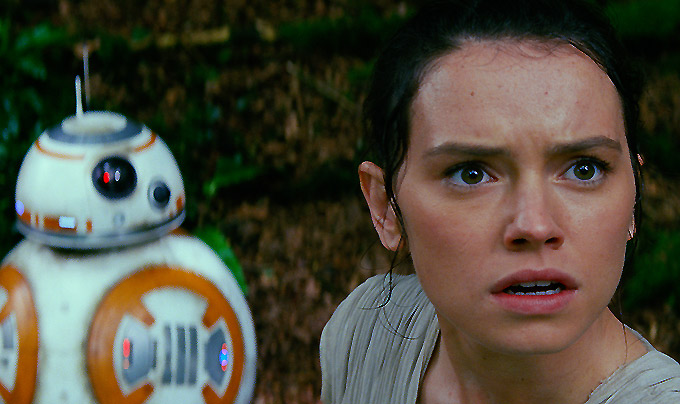 Now that we know the title of the next “Star Wars” movie, everyone wants to know what actually happens in “Episode VIII: The Last Jedi.” And who better to ask than Daisy Ridley, one of the new faces of the revitalized sci-fi franchise? That, at least, seems to be the mentality of Josh Gad, who’s on a mission to get answers from the actress. Watch his latest attempt below.

“Please don’t say you’re setting me up this time,” she says in the video, which looks to have been shot on Gad’s phone; that he used portrait mode, rather than landscape, suggests the actor would be on the dark side of the Force if he were ever to appear in “Star Wars.” Gad assures her he isn’t tricking her again, which is of course a lie.

Among the conspirators there to pester Ridley with questions: Penélope Cruz (whose query relates to Supreme Leader Snoke and is asked in Spanish), Chris Pratt (who keeps plugging his own projects rather than talk about “Star Wars”) and J.J. Abrams, who directed “The Force Awakens” and really wants to know whether Luke Skywalker has any dialogue this time.

The answer to these questions and more will be revealed when Disney releases “The Last Jedi” on December 15.

This has been a battle of attrition. #daisyridley has been a force to be reckoned with. In many ways she is the Vader to my Luke or the Taylor to my Katy. But like any good opponent, I have tried to outmaneuver her at every turn. This will be her final judgement. May the force be with her, because kids, she is going to need it. All I ask is that you don’t ruin the surprise for others. #TheLastJedi #starwars #broughtsomefriendsalongfortheride @disney @starwars @penelopecruzoficial @prattprattpratt @brycedhoward @colintrevorrow @leslieodomjr @lucyboynton1 @brycedhoward @derek.connolly #tombateman @jjabramsofficial