Three new releases, and all had a great weekend. But some were greater than others. 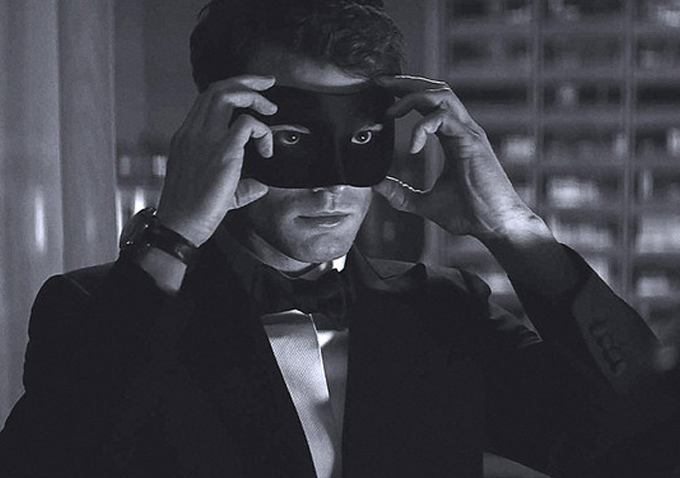 The other masked man, in “Fifty Shades Darker”

Finally, the 2017 box office has arrived. Three new releases thrived, each opening to more than $30 million: “The Lego Batman Movie,” “Fifty Shades Darker,” and “John Wick: Chapter 2.” We haven’t seen an opening weekend like that in more than three years.

READ MORE: 9 Other Franchises That Deserve to Get Snappy LEGO Upgrades

Only one film, “Split,” has opened at that level this year, and indeed only two others in the low twenties also makes the weekend stand out. And the fact that all are sequels (and part of franchises certain to continue) is encouraging, since that’s far more typical of studio fare made for worldwide consumption with the American market along for the ride. The Most Encouraging Weekend of 2017

This is one weekend where customary analysis would be misleading. The $174 million top 10 total represents an 18 percent drop from the same weekend last year. However, this time last year was part of a four-day holiday weekend, with the Sunday elevated even more with Valentine’s Day. And its three openers included “Deadpool,” which alone grossed as much as the three new films this year combined.

So, yes, grosses fell. But that hides a significant achievement: Three franchise films — bread-and-butter product for worldwide audiences — all worked on the same date in the domestic market. One reason it’s rare to have three films gross over $30 million is because distributors tend to spread out their releases to avoid direct competition and cut into each film’s business. This weekend, all three had elevated residual appeal — but no audience overlapped.

The deeper triumph is three non-original films came out strong. That two were off from their original domestic results is normal these days (both the first “Lego” and “Fifty Shades” entries were presold, surefire projects; the second “John Wick” is performing more like a sequel to a standalone film). In an industry based on building on the familiar, this weekend is a strong endorsement for that formula.

READ MORE: ‘The LEGO Batman Movie’ Review: Bruce Wayne Has Never Been So Much Fun

Why the “Lego” Drop?

Estimates for “The Lego Batman Movie” suggested an initial gross over $60 million, perhaps even $75 million. Instead, its $55.6 million start was about 20 percent below the first time around. Throw in a D.C. Comics connection with a Batman element, and it appeared that the alchemy could lead to even better results. However, several factors seemed to get in the way.

The first was a more-competitive weekend. The original “Lego” had two other openers on the same playdate that grossed $26 million combined (mostly “The Monuments Men”), only about a third as much as this year’s alternatives. And though the “Lego” appeal includes younger audiences, in a bigger vacuum it drew far more adults. This year, they were heavily drawn elsewhere.

It’s also likely that the initial Lego concept had strong curiosity value, which made sustained interest trickier to replicate than other animated series. And then there’s the Batman element. With turmoil in the live-action franchise (Ben Affleck dropped out as director, with Matt Reeves now in negotiations to replace him), this valuable Warner Bros. property might show signs of overuse.

There’s a thin line between varying a formula and clicking (e.g., “Deadpool” turning a Marvel story into an R-rated, gag-filled romance) and attaching it to an unexpected place. The hopes at the high end for this was that is could fall somewhere between the first “Lego” and “Batman v Superman.” That it didn’t, suggests audiences that may be a bit wary of ideas that are too far afield. Or perhaps Batman fans prefer a darker edge and less appeal to younger folks.

Why the Strong “Fifty Shades” Gross?

Meanwhile, the second installment in the “Fifty Shades” franchise was expected to open under $40 million, even $35 million. (The original opened at $85 million, representing more than half of the final total.) Though this weekend’s drop is still substantial, it’s still impressive.

What happened? Similar to the “Harry Potter,” “Twilight,” and “Hunger Games” series, viewers and readers remained loyal to the brand. This one had a B+ Cinemascore, while last time it was C+; that suggests that the original was weighed down by the curious. This time, those committed to the edgy stories were satisfied and wanted more. Add other viewers who caught the first one at home and didn’t want to wait this time, and the result looks more logical.

Finally, women remain underserved with sexy fare aimed at international audiences, where the male appeal remains dominant. So with the absence of any other tougher-edge female oriented films, this fit the bill. Great news for Lionsgate: They’ve found an economic road back into the franchise business. The initial “John Wick” had a modest $43 million total gross the first time around (and a $14 million opening), followed by a robust second life on VOD. Clearly, this property has ongoing appeal for male viewers (who have been in decline among recent demographics). Doubling the gross from an original is unusual. It remains to be seen how the interest will hold (though the A- Cinemascore suggests core fans were satisfied). With its budget and enough international draw (only Russia has opened so far), expect the series to continue.

“Hidden” Adds Some Space Ahead of “La La Land”

“Hidden Figures” has increased its lead against its Oscar rival, “La La Land.” Holding an impressive #5 spot, it fell only 21 percent in a weekend with strong openers. “La La” (which shed a third of its lesser-grossing theaters) fell 32 percent. “Hidden” is now $5 million ahead, as both films head to at least $150 million. But momentum favors “Hidden” until the awards.

“Lion” is a real story. It actually lost 68 theaters (1,337 theaters at the moment), yet climbed nine percent. Expect a wider run, nicely timed to build on word of mouth, and a real chance of reaching $50 million or more. This has been a smartly handled film all along.

Otherwise “Split” remains a strong success, with a 35 percent drop in its fourth weekend (and the first one not at #1). It still made over $9 million, and still on track for a final total around $140 million.