Leaders of the Sundance Institute and Women In Film present ReFrame, a new initiative pushing for tangible progress on gender diversity in Hollywood. 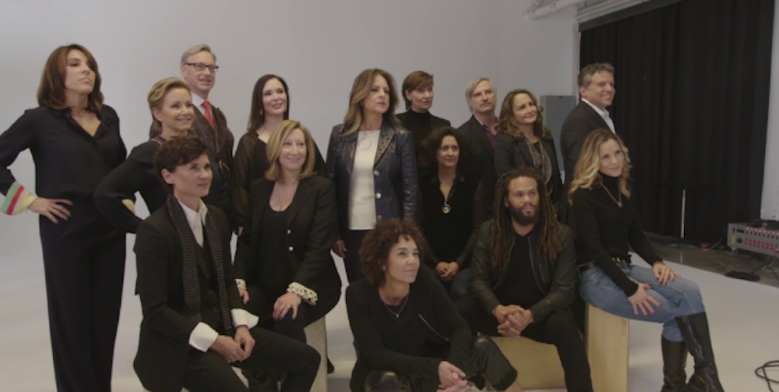 Hot on the heels of the momentous announcement of the EEOC’s finding that Hollywood Studios “systematically discriminated” against women directors, a group of 52 executives, producers, and directors have banded together to present ReFrame, a new initiative working towards concrete, lasting change when it comes to gender inequality.

Founded by Keri Putnam of the Sundance Institute and Cathy Schulman of Women In Film, the duo behind the Female Filmmakers Initiative have amassed an influential group of industry creatives committed to the mission of gender parity. For the last two years, the group has been plotting and strategizing new ways to break gender barriers in Hollywood.

Those strategies include a committee for designing and implementing a Re Frame stamp of approval, modeled after the Human Rights Campaign’s equality sticker, that signifies a project meets ReFrame’s standards; the Culture Change Toolkit, that will educate and advise companies on unconscious bias; and protege sponsorship, which takes mentorship the next level to encourage sponsors to actively seek out potential jobs for their proteges.

“Can we do basically what men have been doing in the system, which is, you’re a young filmmaker, somebody gives you a movie beyond your capacity and you learn on the job?” director Kimberly Peirce (“Boys Don’t Cry”) told The Hollywood Reporter. “That never happens for women, who are not chosen above their experience level.”

READ MORE: One-Third of the Films At Sundance Were Directed By Women, But That Shouldn’t Be Confused With the Real World

In addition to Peirce, ReFrame counts “Ghostbusters” director Paul Feig, “Hunger Games” executive producer Nina Jacobson, and “Dear White People” executive producer Stephanie Allain among its ranks. With talent like that, one can only hope a change really is gonna come.