There's an awful lot going on in the return of this epic space adventure, but it's worth the effort to keep up. 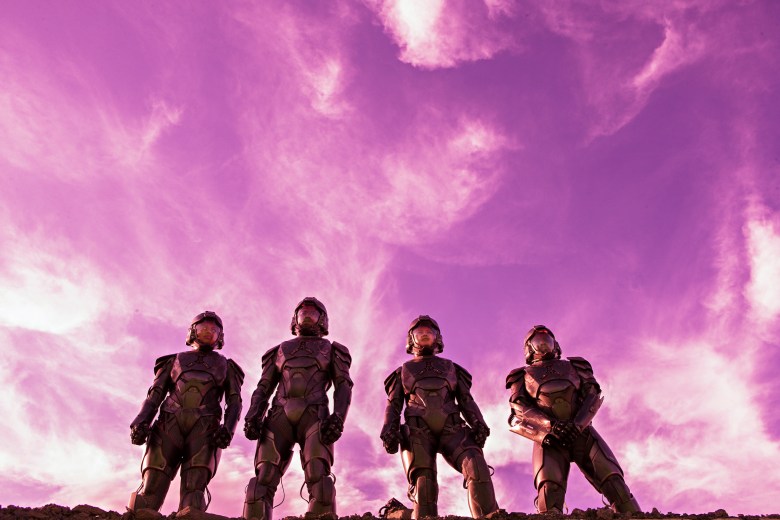 A few weeks ago, Syfy released the below catch-up video for “The Expanse,” with one of the best conceits imaginable for getting new audiences interested in the sci-fi drama: the events of Season 1, as recreated by cats. (A “recat” video, if you will.)

This video does serve as a relatively basic reminder of the major plot arcs of the first season, but if you think that by watching this you’ll be able to dive into the second season as a new viewer, you probably won’t have much luck understanding what’s going on. “The Expanse” has little interest in easing viewers back into the sprawling  and complicated universe it built over the course of Season 1 — because there’s simply too much story to tell.

Set 200 years in the future, when human colonization of Mars and the asteroid belt has opened up vast new resources, but created no shortage of political conflict, “The Expanse” earns its comparisons to “Game of Thrones” in space simply with the level of jargon and slang thrown about. The casual references to “belters” or various planets and satellites are just one aspect of the world-building that makes the show feel so rich and dense, but it also means that this is television that requires your full attention. Thomas Jane in “The Expanse.”

Fortunately, it deserves it. The show’s epic scope, established in Season 1, remains intact, as well as its always impressive production values and effects. But there’s more focus to the first four episodes of the season than expected, thanks to more of the characters uniting in proximity to similar goals. By resolving the mystery of Julie Mao’s disappearance, which haunted booze-loving Detective Miller (Thomas Jane) all through Season 1, Season 2 takes aim at a far bigger mystery — the “protomolecule” also discovered (with lethal consequences) in the finale, and how James Holden (Steven Strait) and his fellow men might be able to stop it… as well as the interplanetary conspiracy that seeks to control it.

Meanwhile, we get a new character in the mix, as the Martian point-of-view on all these events is introduced in the form of Bobbie Draper (Frankie Adams), a badass Martian soldier who dreams of a terraformed, lush Mars, and will fight with her life for that dream. Clearly set to be a major part of the show (she’s a fan favorite from the books written by James S.A. Corey from which “The Expanse” is adapted), Adams jumps into the role with equal parts intensity and vulnerability, a fitting successor to the grand tradition of iconic sci-fi heroines. Frankie Adams in “The Expanse.”

There are a lot of elements to track, many complicated character backstories to remember, and sometimes you might feel a little lost, especially when the conflicts have ramifications that stretch across the solar system. Taking notes might be helpful, to be honest, which isn’t exactly something you want to say about something that is theoretically a piece of entertainment.

Fortunately, there are the human moments that hold it all together, the unlikely alliances and unexpected friendships that can be relied upon for some of the show’s lighter scenes, as well as its darker ones. Steven Strait, Dominique Tipper and Thomas Jane in “The Expanse.”

For, while there are still fun moments to be had, there’s an awful lot of darkness — “The Expanse” has never skimped on pitch-black twists, especially when it comes to the horrors made possible by unchecked scientific advances, not to mention the cold animal reality of human nature. But there’s also a weird sort of beauty to the show, thanks to the ways that showrunners Naren Shankar, Hawk Ostby and Mark Fergus keep things grounded. This is a show where people drink and screw and dance and fart; where Shohreh Aghdashloo gets to curse with abandon, technology doesn’t always work, and Mormons (yes, there are Mormons in the future) plan the next evolution in their pilgrimage.

As countless films and television shows have reminded us in the past, space is a terribly scary place that will try to kill you whenever possible. That’s more than true here, but it still manages to find the occasional moment of wonder in the possibilities that come with escaping this planet for new vistas.

As the title implies, there’s a whole lot to “The Expanse,” and the beginning of Season 2 kicks off what will clearly be a hell of a ride. The biggest challenge will be how well all these threads can hold together, but so far, the show’s proven its ability to focus when essential. And all those little stories, when blended together, create a hell of a narrative.

This Article is related to: Television and tagged Syfy, The Expanse, TV Reviews