"The Late Show" beat "The Tonight Show" in metered market ratings on every night this week, for the first time since Colbert took over. 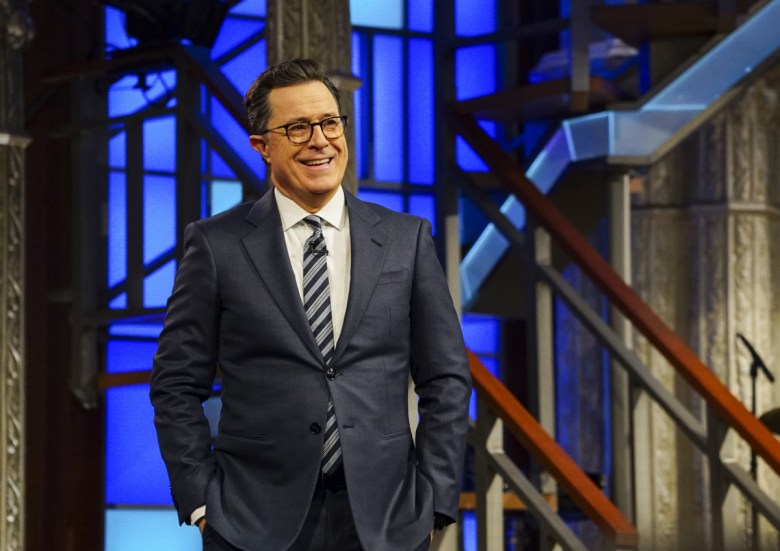 Donald Trump has already reignited at least one war: The one in late night. In the nation’s 56 biggest markets – the ones where Nielsen has meters installed to report overnight ratings instantly – “The Late Show with Stephen Colbert” was No. 1 on every night this week.

According to CBS, that marks the first time “The Late Show” has won every night of the week in the metered markets since Colbert took over in September 2015. “The Late Show” was up by double digits vs. last year all week; on Tuesday, the show was up 33% vs. the same night in 2016.

Among overall total viewers, “The Late Show” averaged 3.01 million viewers for the week of Feb. 6-10, putting it in first place overall for the second week in a row. It was Colbert’s best showing since his premiere week. NBC’s “The Tonight Show Starring Jimmy Fallon” averaged 2.88 million viewers, while ABC’s “Jimmy Kimmel Live” (which airs repeats on Fridays) averaged 2.1 million viewers.

Clearly Colbert has benefitted from viewers eager to get the host’s take on the daily unpredictable and rather frightening headlines coming out of the White House. Other shows benefitting from Trump headlines include TBS’ “Full Frontal with Samantha Bee,” which averaged a 0.5 rating in the demo and 1.44 million viewers for its Feb. 8 episode; and, of course, “Saturday Night Live,” which pulled in its largest audience in six years (10.8 million) on Feb. 11.

Colbert’s focus on satirizing news and politics – something he’s done for years, reaching back to his days at Comedy Central – has positioned “The Late Show” as a contrast to Fallon’s focus on pop culture over at “Tonight.”

“The Late Show” will air its first live episode of the year on Feb. 28, following Trump’s address to the joint session of Congress. It marks the 15th time Colbert has gone live on the show, following multiple episodes last year during the political conventions, debates and election night.

“The Late Show” still has a way to go to catch up with “Tonight” in the demo, but Colbert’s total viewers streak has given him momentum – and has quieted critics who last year were wondering whether CBS might make a change in late night. It also further validates CBS’ decision last year to move “CBS This Morning” executive producer Chris Licht over to help showrun “The Late Show.”

“We really take our cue from America,” Licht told IndieWire last November, a few days before the election. “If politics continues to be the main topic of conversation, that’s what we’ll be talking about. We’re a topical show, not a political show. It’s not for us to have a game plan on, it’s to see how America reacts to what happened and what the path is going forward.”

Meanwhile, with the ratings battle heating up, Fallon appears to be responding: His Friday night monologue was chock full of Trump references, and the show also debuted a new feature: “This Week in Words,” which condensed the week’s top headlines into a catchy songified video.

This Article is related to: Television and tagged Late night, Ratings, The Late Show with Stephen Colbert, The Tonight Show Starring Jimmy Fallon