A24 has succeeded at energizing a young cinephile audience. Here comes the competition. 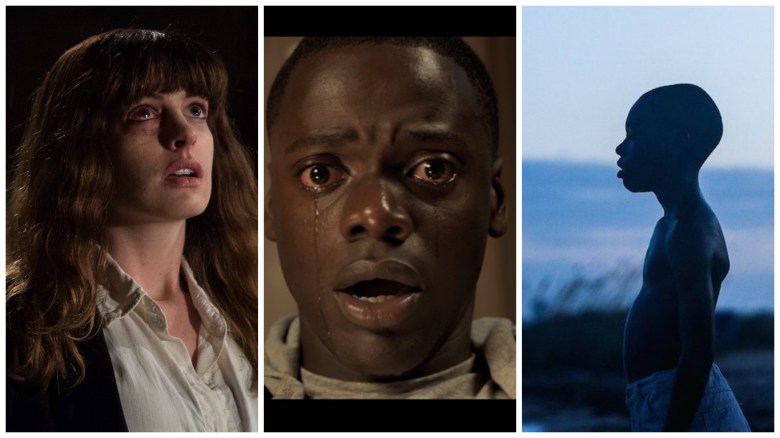 No one will forget the Best Picture award ceremony at the 2017 Academy Awards, but there’s a detail lost in the shock and recriminations: It was the moment that announced A24 as an industry gamechanger. Five years after the distributor supported unorthodox indies like Harmony Korine’s “Spring Breakers” and Jonathan Glazer’s “Under The Skin,” A24 saw its $1.5 million poetic drama “Moonlight” pull off a surprise best-picture win — one that led to a stunning $2.5 million box-office take in the film’s 20th week of release.

In less than five years, A24 has galvanized a young cinephile audience that seemed so elusive, some doubted its existence. A24 certainly wasn’t the first to identify this demo; predecessors such as Magnolia, RADiUS, and Oscilloscope saw the same potential, and created some of the marketing tactics that now have become playbook. However, A24 had the advantage of a business strategy, and backing, that committed to this audience, and they responded by embracing the label as a safe haven for edgy, boundary-pushing movies free from middlebrow arthouse sensibilities or Hollywood dreck. The company has proved this demo is voluminous, powerful, and most of all, valuable.

And with that, here come the challengers.

First up is Neon, launched by veterans Tom Quinn and Tim League. While the label is new, the names are not: For two decades, Quinn has been one of the more passionate advocates for outré genre cinema and conversation-starting documentaries in the American independent scene, from his early days at Samuel Goldwyn Films to a lengthy stint at Magnolia through his most recent venture at The Weinstein Company, where he co-founded the multi-platform label RADiUS-TWC. League is probably the best-known exhibitor in the country, co-founding the funky Alamo Drafthouse theater chain in addition to experimenting with a distribution label of his own, Drafthouse Films.

While Neon has yet to speak publicly about its intentions (and turned down requests for comment on this article), the combined sensibilities of League and Quinn — good friends known for fraternizing on the wacky frontlines of League’s celebrated genre festival Fantastic Fest — suggest a natural meeting of the minds, as well as a keen combination of resources.

The company quietly went into action last year, when rumors swirled out of the Toronto International Film Festival of a “mysterious Chinese buyer” taking U.S. rights to Nacho Vigalondo’s postmodern monster movie “Colossal,” starring Anne Hathaway. That turned out to be Neon, with financing from SR Media, Jackie Chan’s film company. (Quinn and League first attempted to kickstart their company with another backer in 2015, releasing Michael Moore’s “Where to Invade Next” with mixed results and going back to the drawing board.) Around the same time, Neon nabbed theatrical rights to Iranian-American director Ana Lily Amirpour’s genre-busting cannibal love story “The Bad Batch,” for which Netflix acquired digital rights out of the Venice Film Festival. Amirpour, a festival discovery for her 2014 debut “A Girl Walks Home Alone at Night,” initially sold the movie to Screen Media before changing course. Sources close to the deal say that Amirpour felt much more comfortable with her sophomore effort in the hands of League and Quinn, who are known for channeling their enthusiasm for offbeat movies into aggressive marketing strategies.

“They may be somewhat unproven, but we have a strong level of comfort based on the people involved,” said Submarine Films sales agent Josh Braun. “They’re not some brand-new company that just happens to have some money.”

League’s Drafthouse theaters have hosted everything from cricket-eating contests for the release of “Bellflower” to pot-smoking bus rides with Paul Thomas Anderson for “Inherent Vice.” Quinn’s acquisitions resumé is a laundry list of festival darlings that tipped into mainstream culture, including “Raising Victor Vargas,” “Super Size Me,” the original Swedish version of the coming-of-age vampire drama “Let the Right One In,” Oscar winners “Citizenfour” and “Twenty Feet From Stardom” as well as Bong Joon-ho’s celebrated action-dystopia “Snowpiercer,” which famously confronted the latest “Transformers” sequel at the box office in an ambitious strategy that involved a collapsed window between its theatrical and VOD release dates.

RADiUS launched in late 2011, roughly the same time as A24, and frequently went head-to-head with the company on the festival circuit — Quinn and his cohorts entered competitive offers on both “Spring Breakers” and “Under the Skin,” among other titles, in some cases offering bids just a touch smaller. At the same time, RADiUS successfully landed a number of films that found success in the ever-complicated multiplatform market, including “Bachelorette,” which ranked highly on both iTunes and cable VOD in addition to making close to $12 million. “We built this company from the ground up,” Quinn told IndieWire at the time. “We are really hitting our stride.”

But RADiUS had to contend with the more problematic shadow of The Weinstein Company, most notoriously when Harvey Weinstein attempted to recut Bong’s “Snowpiercer” without the director’s permission before Radius took it over. At Neon, Quinn and League have no awkward in-house rivals.

Neon began 2017 eager to make its mark, reportedly taking part in the late-night Sundance buyer frenzy for hip-hop crowdpleaser “Patti Cake$” and coming in second place to Fox Searchlight, which bought the movie for around $10.5 million. But Neon didn’t go home empty handed, scoring a hip-hop breakout of its own with Michael Larnell’s ’80s-set “Roxanne Roxanne” for an estimated $3 million; it also picked up the Aubrey Plaza comedy “Ingrid Goes West” for around the same amount. A few weeks later, the company announced its acquisition of Errol Morris’ “The B-Side: Elsa Doorman’s Portrait Photography,” putting Quinn back in business with a filmmaker with whom he had last collaborated on “The Unknown Known.”

Page 1 of 2
Continue Reading: Beyond A24: How Hip New Distributors Are Targeting Millennial Tastemakers With Bold Films

This Article is related to: Film and tagged A24, Blumhouse Productions, Moonlight, Neon