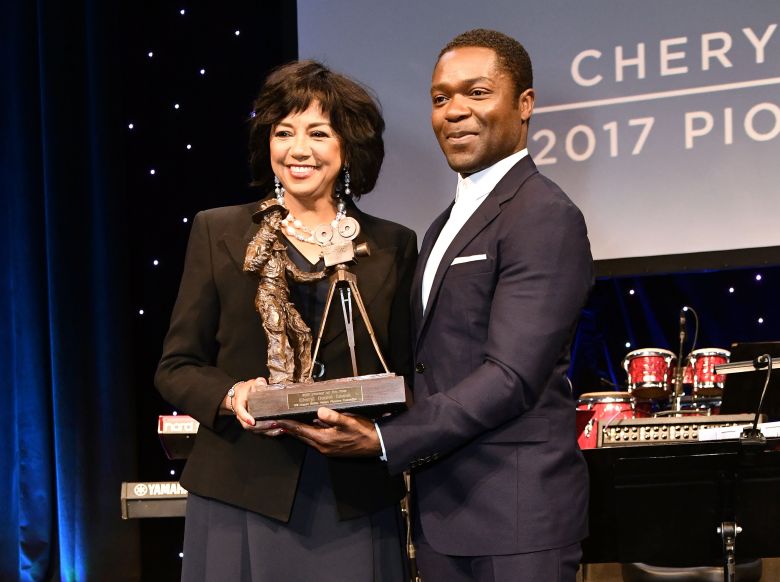 The Academy of Motion Picture Arts and Sciences has been pulled, even dragged, into the future by two women: CEO Dawn Hudson, who makes a half million dollars a year, and president Cheryl Boone Isaacs, who is a volunteer. She’s only the third woman to serve as president, following the successful Fay Kanin and the notorious Bette Davis, who walked off the job.

Both serve at the pleasure of the Academy Board of Governors. But as they recover from the Oscar night PricewaterhouseCoopers fiasco — they’ve decided to keep the accounting firm, which promises more oversights — Hudson will keep her job, as Boone Isaacs completes her final term as president and returns to full-time public relations consulting.

But Boone Isaacs’ high profile and the mark she has left on Hollywood is considerable. At CinemaCon’s annual Will Rogers Motion Picture Pioneer Foundation fundraising dinner, Boone Isaacs accepted the CinemaCon Pioneer of the Year Award with video tributes from Steven Spielberg, Nicole Kidman, Mel Gibson, Denzel Washington, and Viola Davis, among others. It was clear that many women and African Americans in Hollywood admire Boone Isaacs, who followed her late older brother, studio executive Ashley, to Los Angeles.

I first met her when she was running publicity at Paramount on films such as “Forrest Gump” and “Braveheart.” David Oyelowo, star of “Selma,” said he bonded with her during fierce debates about #OscarsSoWhite. “She’s an incredibly adept person at what she does,” he said before presenting her the award. “She put the rest of the industry’s feet to the fire. We’re going to look back fondly and miss you when you’re gone.”

Added director Reginald Hudlin via video, “Nobody is pulling her back because of her race.”

She will be remembered most for the pulling and pushing of the Academy into the future, adding a more diverse membership and raising awareness of the importance of inclusion in our industry. Accepting the award, Boone Isaacs asked the community to “keep aiming high. Everything that Hollywood built by big dreams and more determined dreamers shows that nothing is impossible. We’re all in this together.”