Enjoy your daily dose of neon cowboys and crucified astronauts. 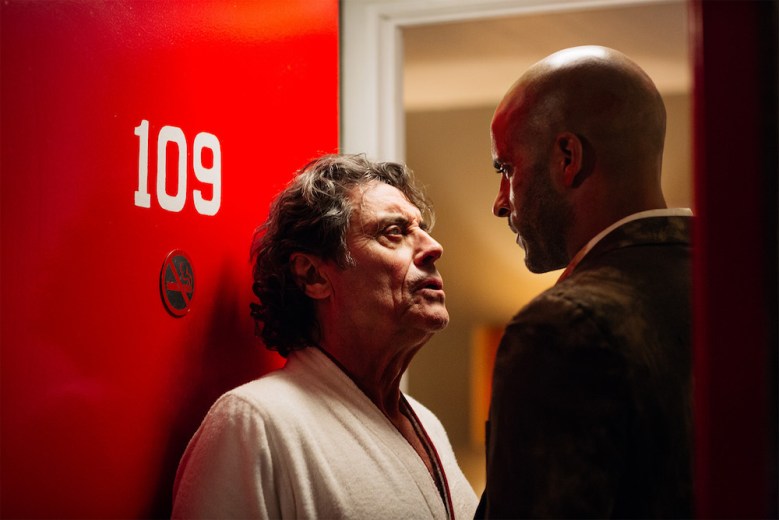 While audiences patiently wait for “American Gods” to premiere (or at least for the show’s embargo to lift), the series’ title sequence has been released to try and make the wait a little more bearable. From the neon color scheme to some truly bizarre imagery, the show’s intro certainly gives reason to get excited for the much anticipated original series.

READ MORE: ‘American Gods’ Will Premiere at SXSW And You Won’t See Reviews: Here’s Why

The main titles, which you can view below, boast a variety of symbolic imagery making up a rather intriguing totem pole, from a crucified astronaut to a neon cowboy sign. This sequence alone is packed with subtext that can be analyzed and pondered, setting up the intriguing thematic elements of the show regarding what is worshiped in our American culture.

“American Gods” is being written by show creators Bryan Fuller (“Hannibal”) and Michael Green (“Logan,” “Blade Runner:2049”). The show will premiere on April 30 on Starz.