Stars Dan Stevens and Gugu Mbatha-Raw explain how motion-capture and CGI enhanced the telling of their classic story. 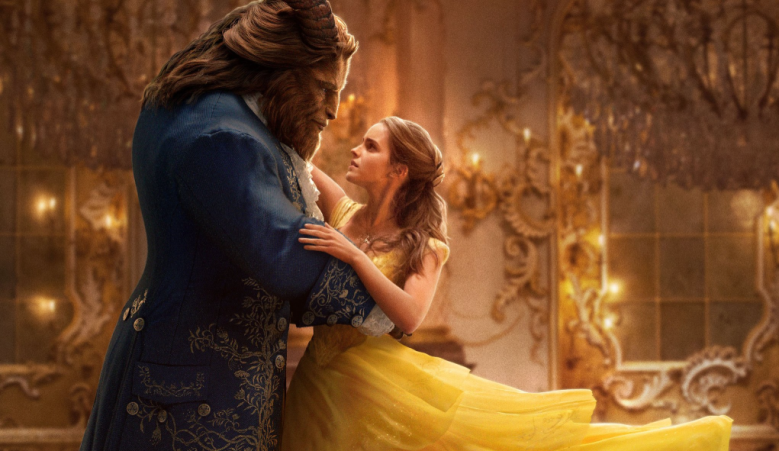 Bill Condon’s “Beauty and the Beast” is Disney’s latest live-action attempt to resurrect a beloved property, a big screen spectacle that harkens firmly back to their 1991 animated feature of the same name. It’s a dazzling reimagining of the classic characters, and it created a daunting challenge for the actors tasked with playing them. With a budget that reportedly totals $300 million, the effects had better be convincing — and the performances were part of that.

The live-action route required serious technological muscle, given that the story hinges on the trials and tribulations of not only a beastly leading man, but also a pack of loyal servants who are literally turned into household objects. To transform the film’s stars into their enchanted forms, the film relied on an ambitious mix of motion-capture and CGI, both on set and in the studio.

The result is a lush, sweeping fantasy that still makes its effects seem real, much of that thanks to the work of effects house Digital Domain (and supervisor Kelly Port), which utilized their new Direct Drive process to capture performances and render them into startling life-like creations.

“I think I was mildly terrified,” said star Dan Stevens, who plays the eponymous beast. “But that’s really, generally what drives a lot of my decisions these days, is calibrating the right amount of terror. That sort of persuades me to do it.”

Stevens’ fears were allayed by Condon’s desire to keep things grounded, starting with the use of practical sets when at all possible. As Condon told our Anne Thompson, “It was important to make everything that could be real, real. I’m not a big fan of CG movies. The idea is to feel grounded in a world and not be distracted by things that felt like additions.” Stevens sought out advice from other actors who have undertaken demanding CGI and mo-cap roles, including Andy Serkis and Mark Ruffalo. They weren’t always easy conversations, though.

“I spoke to Andy Serkis briefly in preparation for this and just sort of wanted to get the low-down on this kind of performance,” Stevens said. “I spoke to Mark Ruffalo briefly, who obviously used a similar kind of thing for Hulk. The way that we did it, I described it to him, and he told me it would be impossible.”

He added, “Which again, mildly terrified me. But I thought, ‘okay, I’m going to try to prove him wrong here.'”

Stevens’ co-star Gugu Mbatha-Raw, who plays Plumette – a reworked take on the feather dusters from the animated film – was less trepidatious about the process. For inspiration, she turned to her own character.

Although Disney was originally interested in the idea of launching a very different kind of “Beauty and the Beast” – that old “dark and gritty” thing – Condon’s vision entailed expanding out the world of the original and sticking firmly to its musical roots. Part of that meant building out classic characters like Plumette, who gets her own love story over the course of the film.

That also allowed Mbatha-Raw, who had never played a fully CGI character before, to make Plumette feel more like her own creation.

“We did a lot of vocal work in the recording studio, [while] getting to see sort of the previews of what was coming to life for the character,” she said.

Mbatha-Raw added with a chuckle, “I was very excited because Plumette gets to fly. I’ve never been able to fly for any character that I played, so that was kind of a bonus.”

The process of creating Plumette and the other CGI household objects took months of work in the studio, but it was nothing compared to what Stevens went through to bring the Beast to life. He explained that they used “more traditional motion capture puppeteering for the body and the physical orientation of the Beast. I was in a forty-pound gray suit on stilts for much of the film, and then the facial capture was done separately.”

The actor walked on short rolling stilts on set, all the better to pump him up to a seven-foot height. Stevens’ own voice (which he lowered to better match the Beast) was piped through to the actor via an earpiece. After all that, Stevens would perform it a second time in order to capture his facial expressions.

“Every week or so, I would go into a facility and have my face sprayed with dots, and then there’d be little cameras capturing everything that I’d done the previous week with my face,” he explained. “Whether it was eating or sleeping or roaring or waltzing, anything that the Beast does with his face was done again.”

Despite the unique demands placed on his performance, Stevens found himself invigorated by a two-handed process that ultimately relied so much on emotion.

“For a romantic lead, to have a technology that can communicate the subtleties of the human face while falling in love is a big step,” Stevens said. “All that we needed to [capture] was a thought that occurs to him. It’s a little moment, something, a realization or a revelation. It’s quite amazing to see what it can get through the eyes, which are the last human element in the Beast.”

The marriage of classic storytelling and forward-thinking technology struck a major chord with Stevens, who said that he’d be eager to utilize it again, given the right part.

“It was incredible to be working both in the fairy tale space and what seemed like an incredibly futuristic space,” Stevens said. “To have that kind of timelessness and modernity coming together, that was probably the most exciting way of performing I’ve ever done.” And then there’s that essential element of make-believe that every fairy tale needs.

“It also taps back into that sort of childlike quality of ‘let’s pretend and let’s play.’ It’s possible to be a teapot or a wardrobe or a harpsichord,” Mbatha-Raw said. “It’s a good workout for the imagination.”

“Beauty and the Beast” is in theaters Friday, March 17.

This Article is related to: Film and tagged Beauty and the Beast, Dan Stevens, Gugu Mbatha-Raw, Interviews